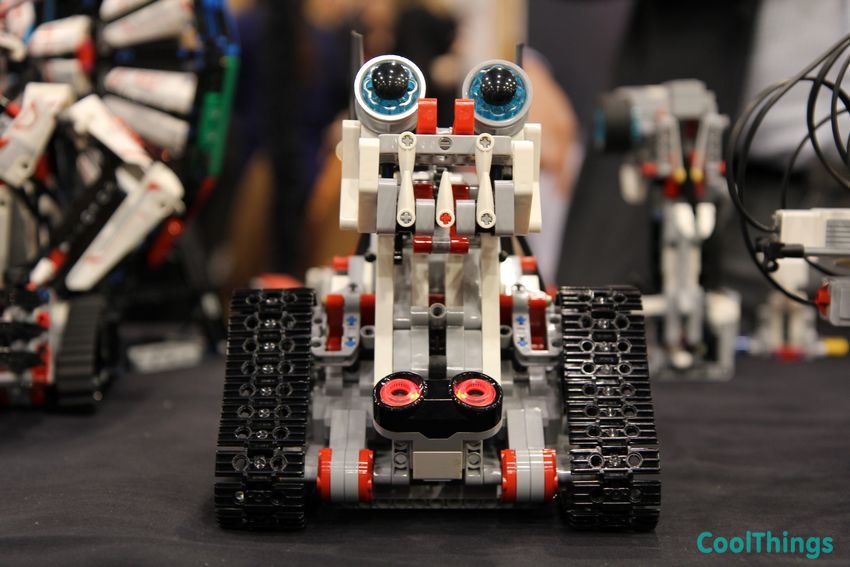 LEGO has unveiled the third-generation of their best-selling and ever-impressive programmable robot invention system at CES.  And, darn it, LEGO Mindstorms EV3 just made a downright amazing platform even better.

It’s been fifteen years since the original Mindstorms took to the scene (and six years since the NXT), so it’s not surprising just how much more advanced the EV3 is compared to its predecessors.  There are more sensors, more motors, and a heck of lot more room to improvise, allowing tinkerers of all ages to build leaner, faster and more powerful robots in preparation for their dreams of world domination.

The LEGO Mindstorms EV3 is a 594-piece kit that lets you build your own personal robot without needing formal training in engineering, robotics or computer science.  Each kit includes three interactive servo motors, two touch sensors, an infrared seeker sensor (allowing it to measure distance, recognize movement and identify obstacles — it can see), an infrared beacon and a color sensor. 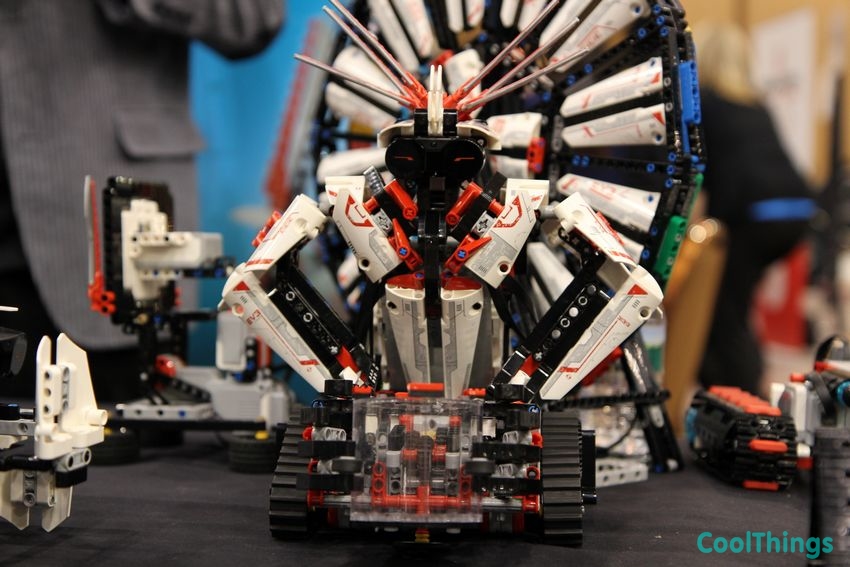 Central to the system are the programmable intelligent bricks that act as a mini-brain for the robot.  Each one can be used to control a different motor, sensor or screen, allowing you to program how a robot should move, what it should look out for and what kind of information it should feed back to you.  Each intelligent brick comes with an ARM9 processor running a Linux flavor, 16MB flash memory, an SD expansion slot, a USB slot, four I/O ports, Bluetooth 2.1 and a Matrix display with loudspeaker.  Unlike previous systems, the inclusion of Bluetooth now allows the robot to be controlled via a smartphone app (iOS and Android), letting you direct the robot according to your spur-of-the-moment whims.

If you were a fan of the last-gen Mindstorms NXT, you’ll love that the LEGO Mindstorms EV3 is backwards compatible with it.  That means, you can use your old kits to build new ones with the upgraded hardware in tow.  LEGO will release instructions for 17 different robots you can build using the kit  when it drops in the summer.  Price is $350.

Check out the complete photo gallery and video below.