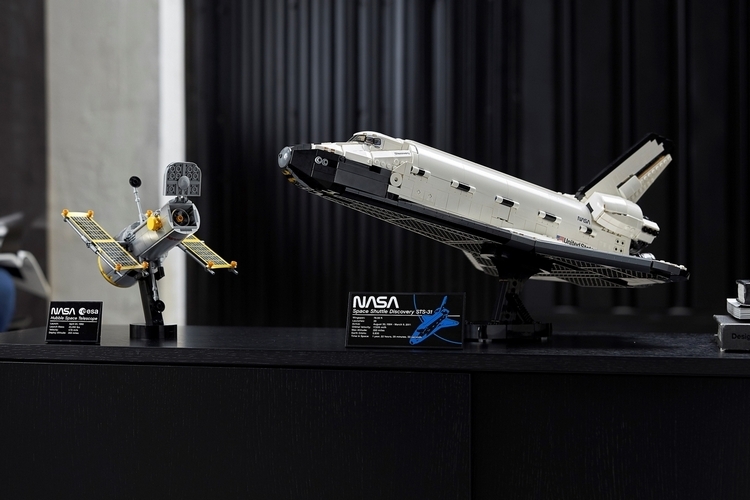 We’re not entirely sure why NASA’s Space Shuttle program ceased operations in 2011. Whatever the reason, it’s a program worth celebrating, as it transported plenty of both astronauts and cargo to space over the 30 years it spent in service, including the Hubble Space Telescope back in 1990. To celebrate the spacecraft that carried the largest space telescope in history, LEGO is giving us a model of the NASA Space Shuttle Discovery.

That’s right, the spacecraft that performed more spaceflights than any other in history is getting immortalized as a LEGO model. Whether you want to ferry astronaut minifigs to your LEGO Space Station, launch a lunar lander into the moon, or crash into your NYC cityscape model because you enjoy some devastating LEGO mayhem, this thing lets you do that with a replica of a real-deal orbiter from NASA. 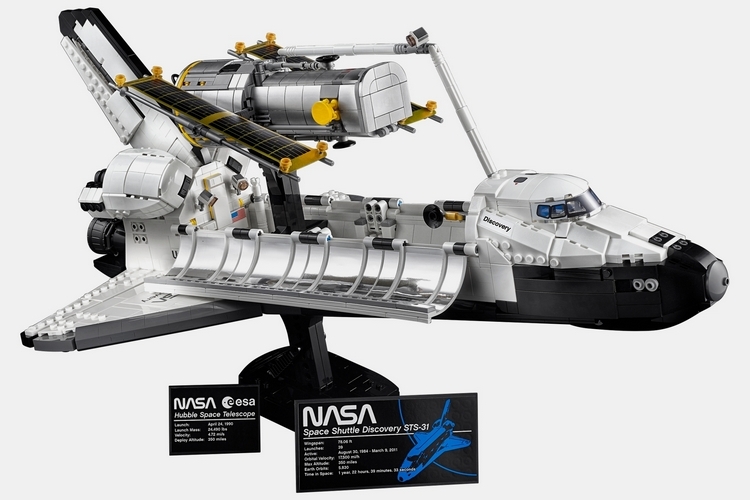 The LEGO NASA Space Shuttle Discovery is a 1:70 scale model of the historic spacecraft, which spent 27 years in service, successfully launching and landing an impressive 39 times. While it’s not the first model of the shuttle that LEGO has made, it is the biggest, coming in at 21 x 13.5 x 8.1 inches (length x width x height), so even those own previous models will likely want one just because of the size. More than having a bigger spacecraft to show off, the size also allowed the designers to pack a whole lot more detail. It’s so detailed, in fact, it can appear more like a molded figure than a LEGO model, which you’ll only notice once you see some of the exposed studs (and there aren’t that many of them).

What kind of details are we talking about? You can open the payload bay, for instance, to reveal a replica of the Hubble Space Telescope, so you can launch your own window to the universe while playing with LEGOs from the comfort of your couch. It’s got a detailed command center cockpit with flight deck, mid-deck, and crew seating for up to five minifigs, along with moving elevons, retractable landing gear, a retractable space arm (Canadarm), and a rudder that splits in two to serve as airbrakes when slowing down to land. 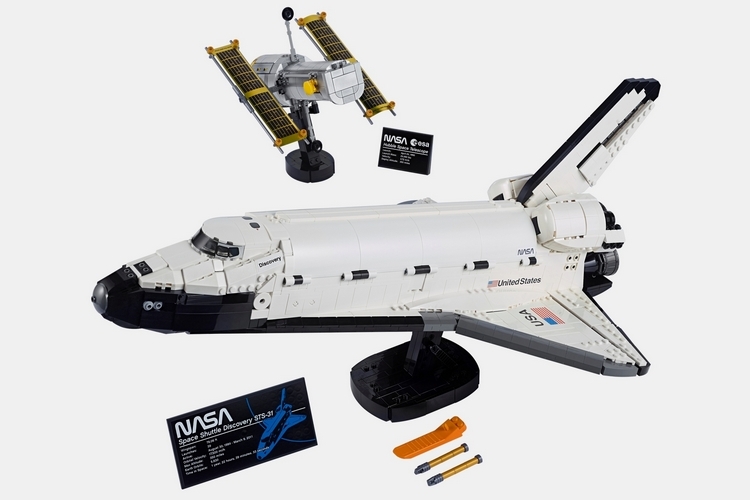 The LEGO NASA Space Shuttle Discovery’s included Hubble telescope is just as detailed as the shuttle, with an aperture that can open and close to reveal the optics inside, along with solar panels that you’ll have to remove when stashing it in the orbiter’s cargo bay. Both the shuttle and the telescope have their own display stands included, so you can show them off individually. They even included a third stand that can be mounted on the shuttle’s cargo bay, so you can show off where on the spacecraft the telescope was transported. Yeah, it’s one detailed model. 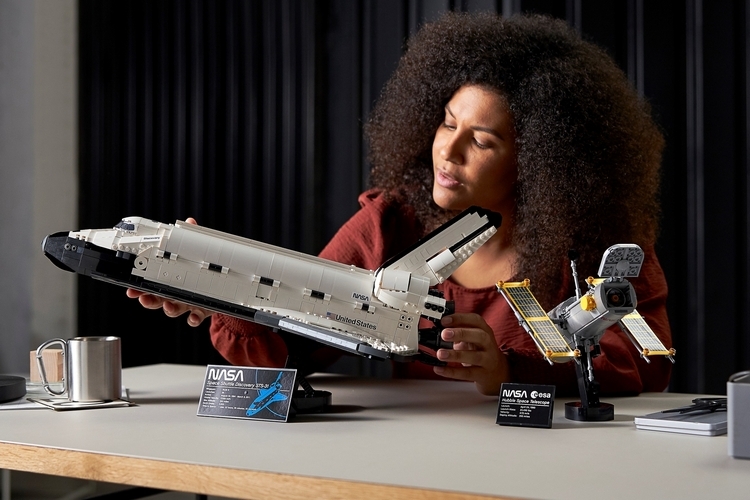 A total of 2,354 pieces are included in the set, so this should make for a challenging build, fit for older LEGO fans. No minifigs are included, so you’ll have to use whatever characters you already have as you astronauts for your next trip to space.