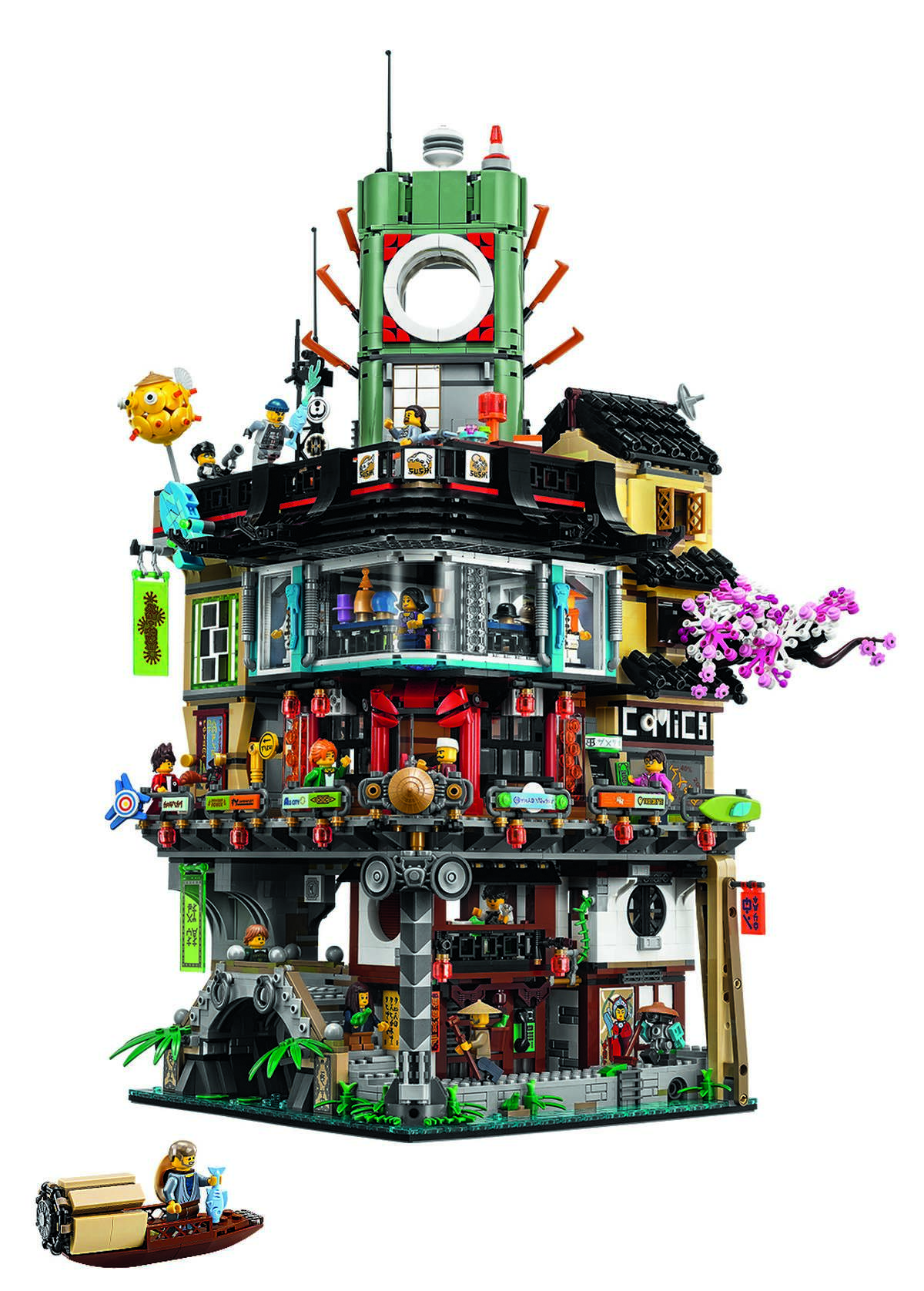 We’re big fans of LEGO’s Ninjago series, which gave us awesome ninjas with even more awesome temples, giant dragons, and vehicles of all sorts. This year, we’re getting what’s possibly the most awesome set the series has ever seen with the LEGO Ninjago City.

That’s right, an entire city. Well, a city within a three-level structure that’s connected by a sliding elevator. Because, you know, that’s how ninjas that battle monster robots and ride battle tanks prefer to live as a community. Or something like that.

Okay, LEGO’s Ninjago City is more of a mega-mall than an actual city, so it’s a chaotic mess of a building that sports a feudal Japan theme. You know, the kind of facility you’ll probably end up having if you let children with ninja and samurai fantasies design a mega-mall or something. In this case, though, chaotic means intricate, so you’re going to have a lot of fun putting together the insane amount of details available in this model. 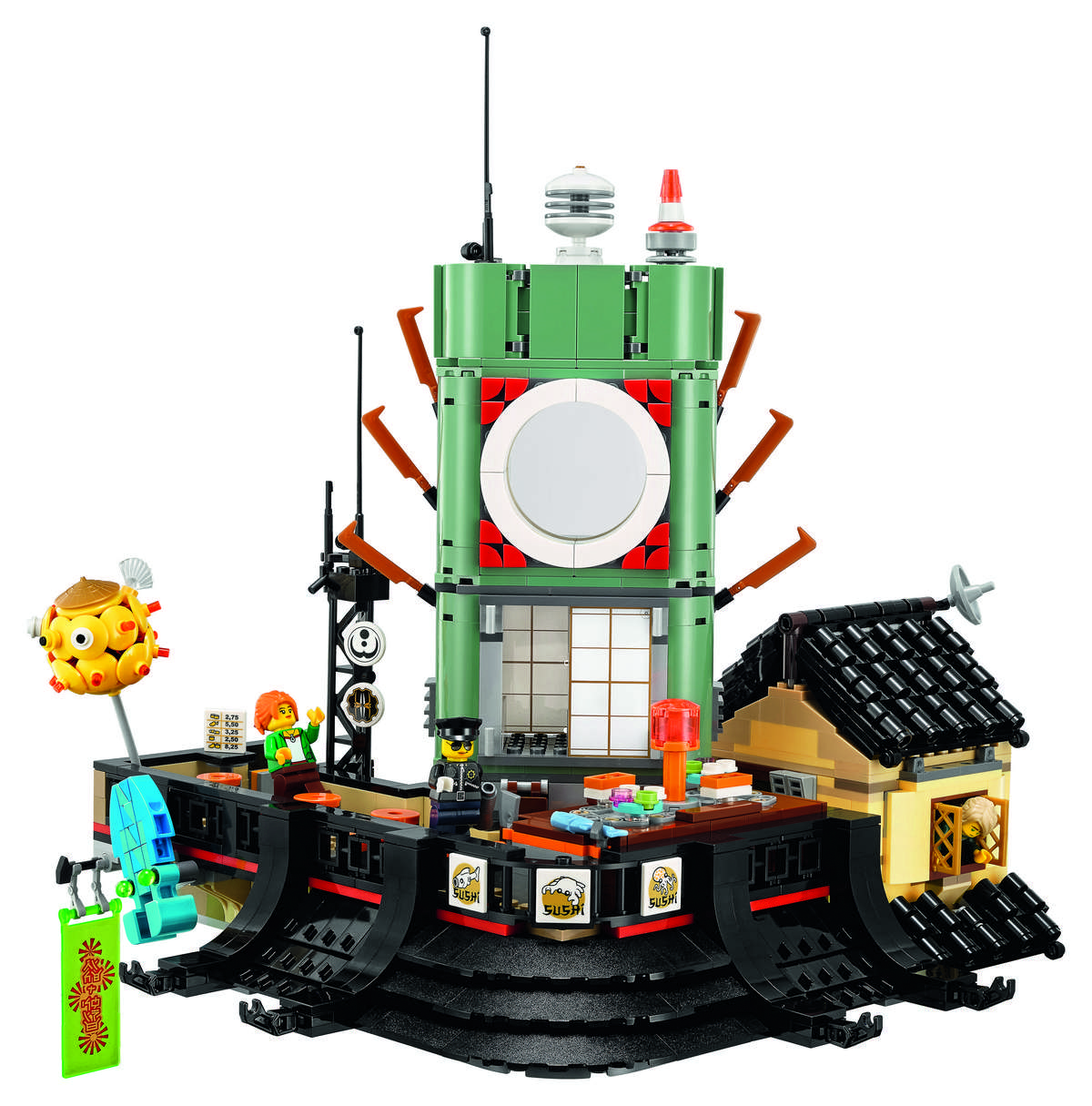 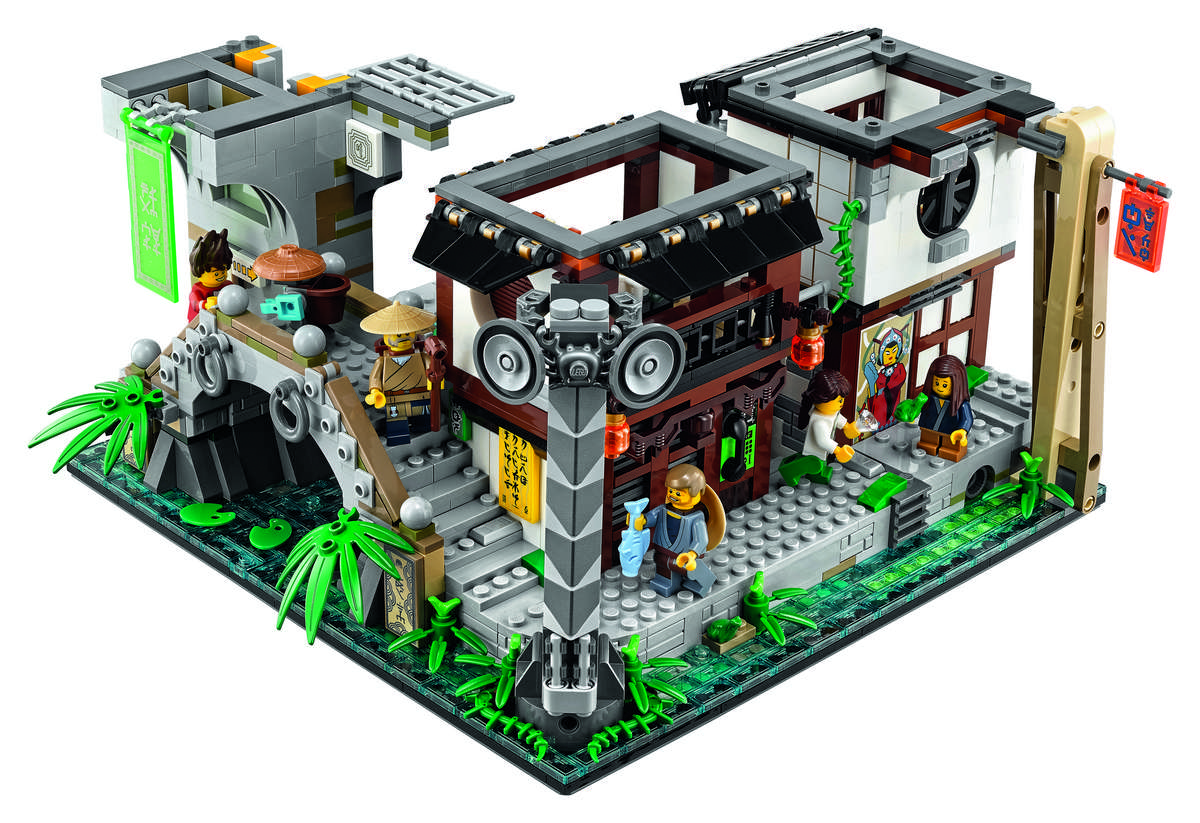 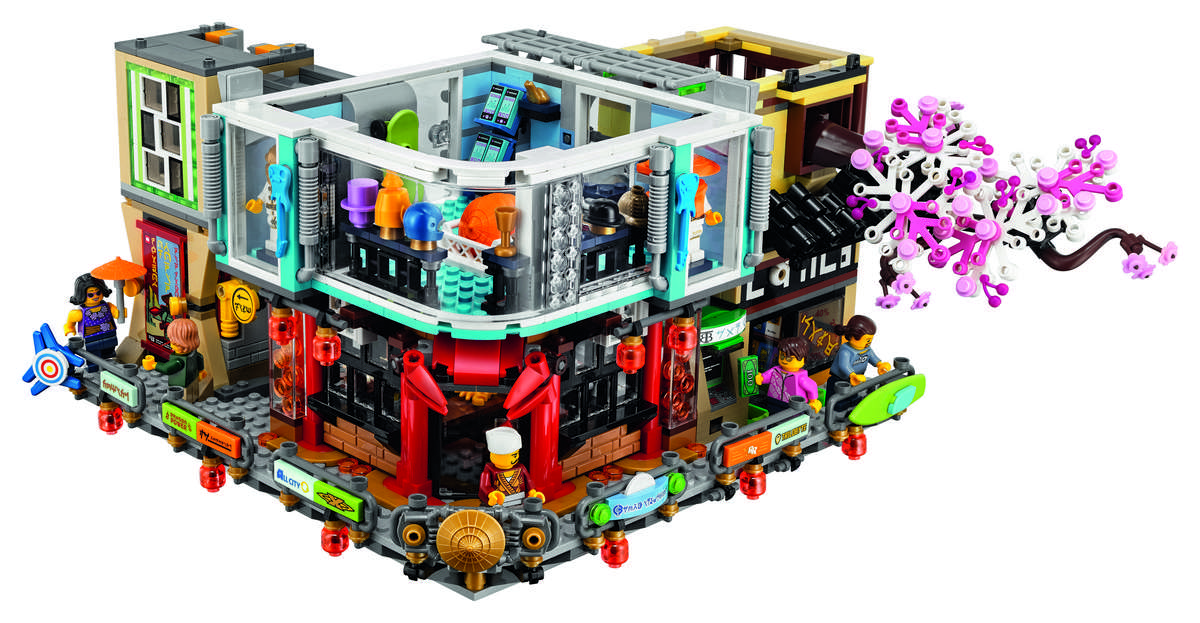 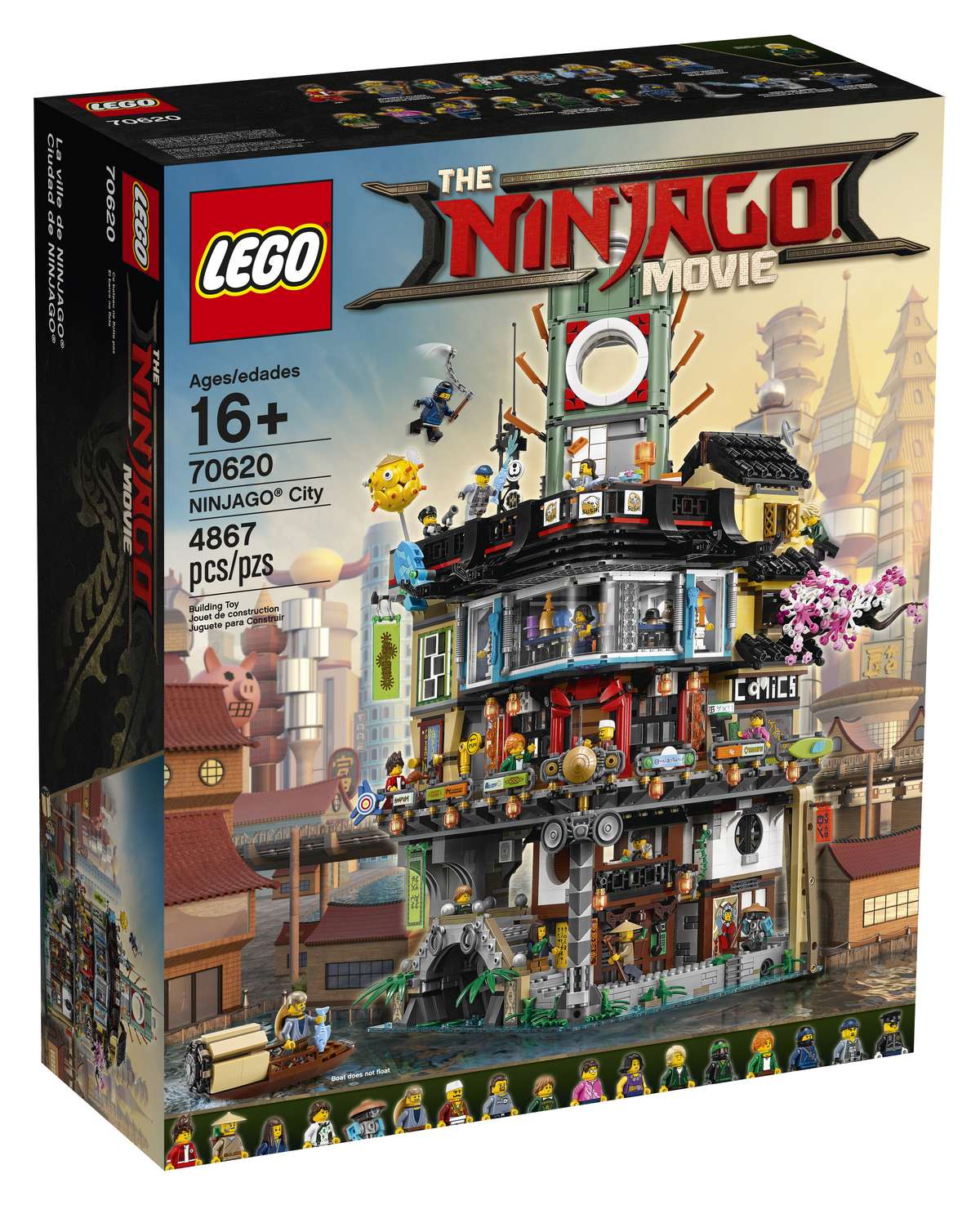 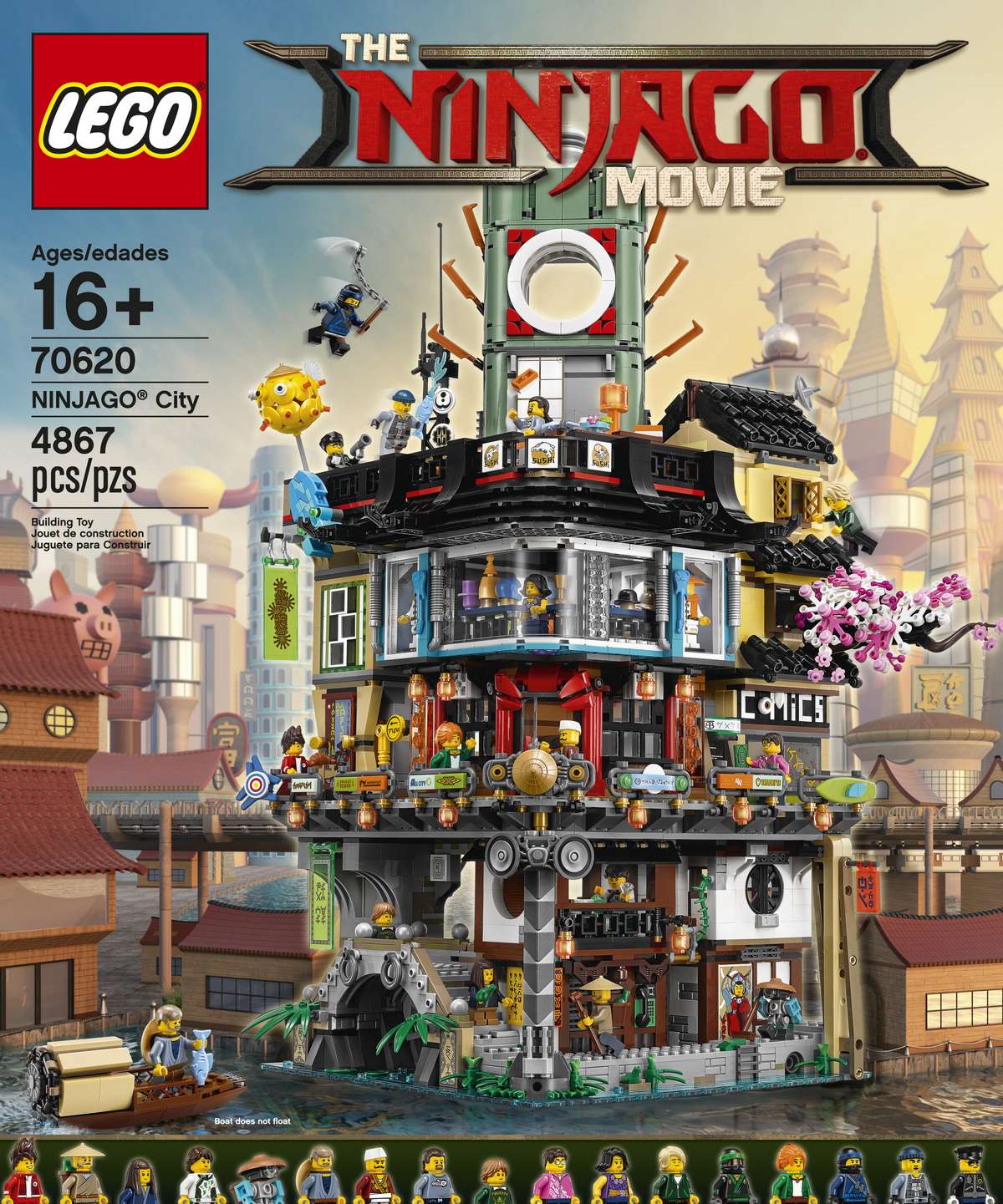 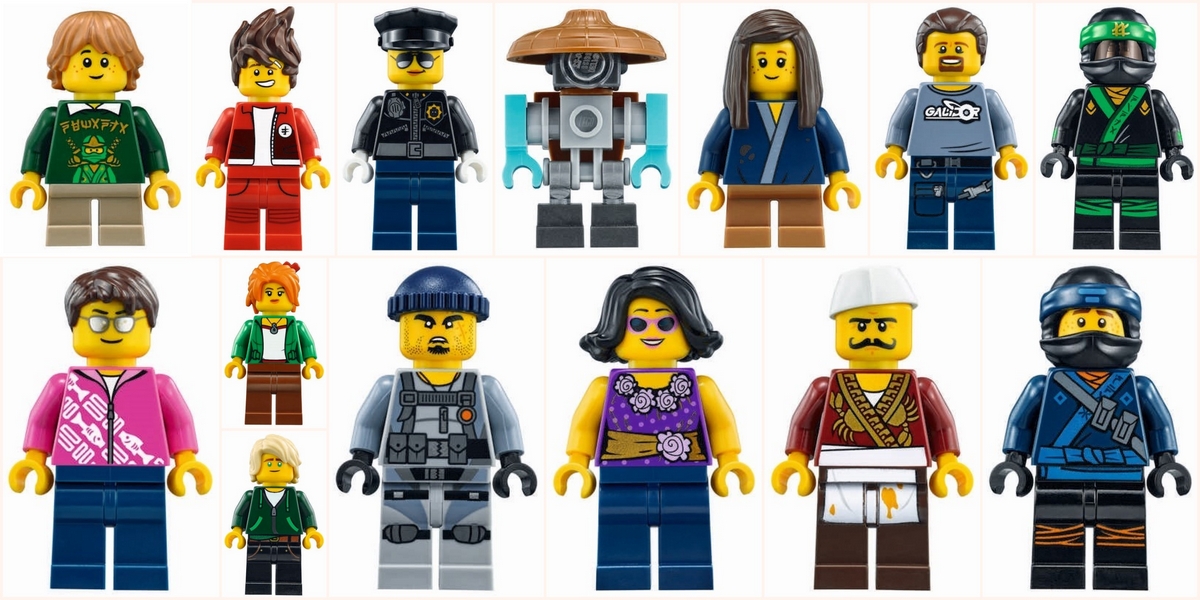 The ground floor, for instance, has an actual stream running through the complex, a fishing boat designed to ride on the stream, a bridge (for crossing the stream), a fish market, an actual house with solar panels, a taxi stand, and a service station for Sweep the maintenance robot. Level two is no different as far as chaos go, with a construction site, a comic book store, a fashion store, a crab restaurant, an ATM machine (that dispenses LEGO-sized bank notes), and a movie poster display stand because ninjas enjoy going to the movies, too.

Up at the top floor, you get a radio tower, a modern rooftop sushi bar with a sushi conveyor belt (turning the integrated dial lets you get the belt moving), a bathroom, and an apartment belonging to Lloyd and Misako. The apartment, as usual, comes heavily detailed, with functional windows, a bunk bed, a kitchen unit, and attic space for hiding Lloyd’s ninja suit (which is actually a ninja minifig). All the stores, stations, and restaurants across the three floors come decorated with numerous brick elements, such as mannequins in the fashion store, seafood in the fish market, and cleaning supplies in the maintenance station, so the details are positively insane.

As you can probably imagine, the LEGO Ninjago City is one massive playset. How massive? Well, the darn thing comes with 4,867 pieces – putting it squarely in the top ten (maybe top five?) of the biggest official LEGO sets. When built, the actual structure measures 24 x 12 x 16 inches (height x width x depth).

Slated to come out September 1st to go along with The LEGO Ninjago Movie, LEGO Ninjago City is priced at $299.99.