Want to bring the Clone Wars to your workshop…errr… big boy play room? Not a problem with the Republic Gunship, a heavily-equipped troop transporter that you can use to wage battle against those annoying Separatist Droid Army invaders.

A big set consisting of 1,175  pieces, the aerial vehicle is decked in a whole load of detailed features: two pilot cabins, hidden cockpits on the wings, sliding doors, removable command station, a removable emergency capsule healing chamber, and a top compartment for allowing entry to your spy droids. It gets a cavalcade of weapons, of course, including eight positionable flick fire missiles on top, two rotating missiles in front, and positionable cannons. 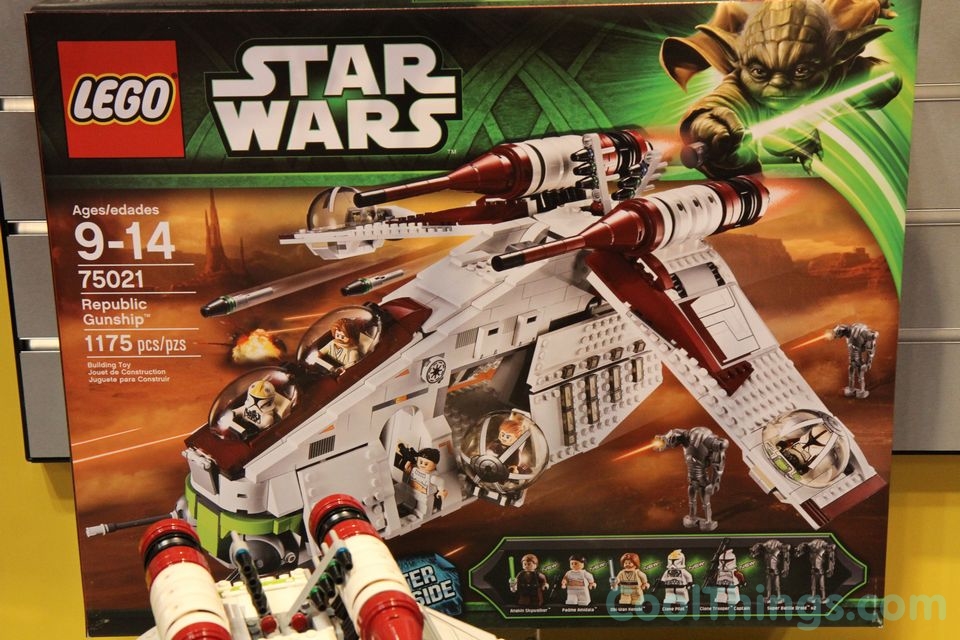 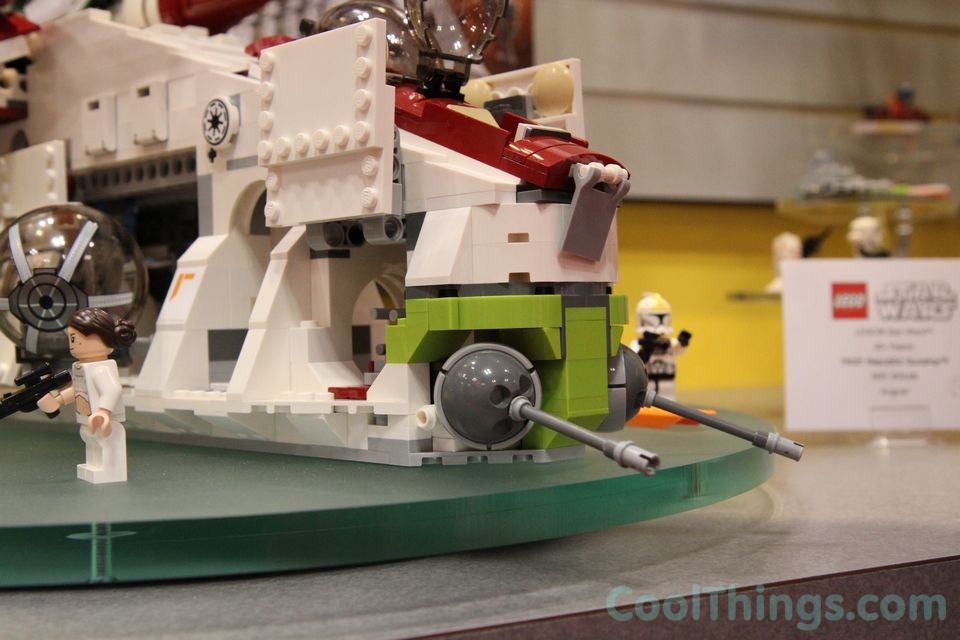 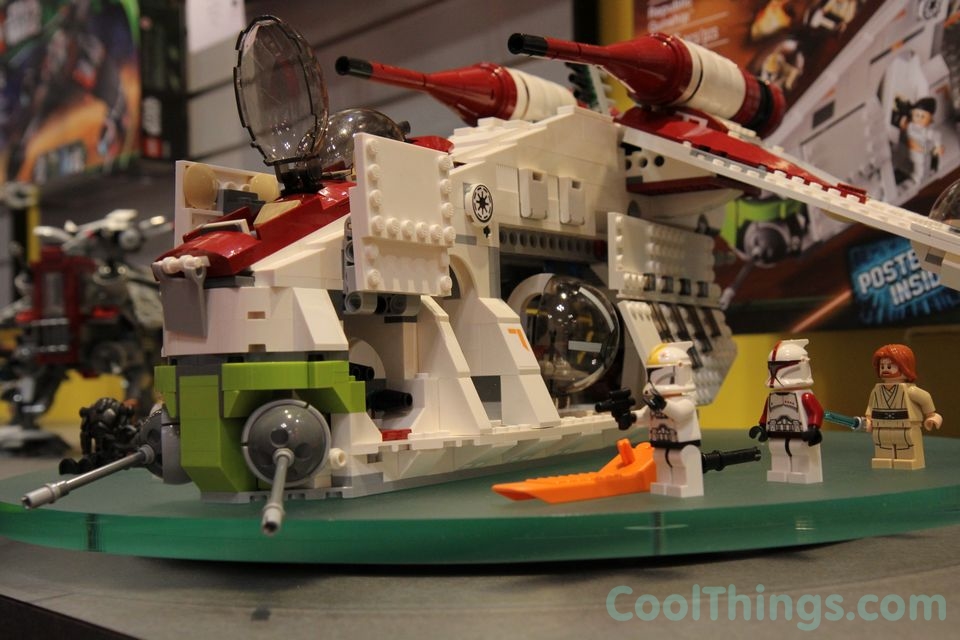