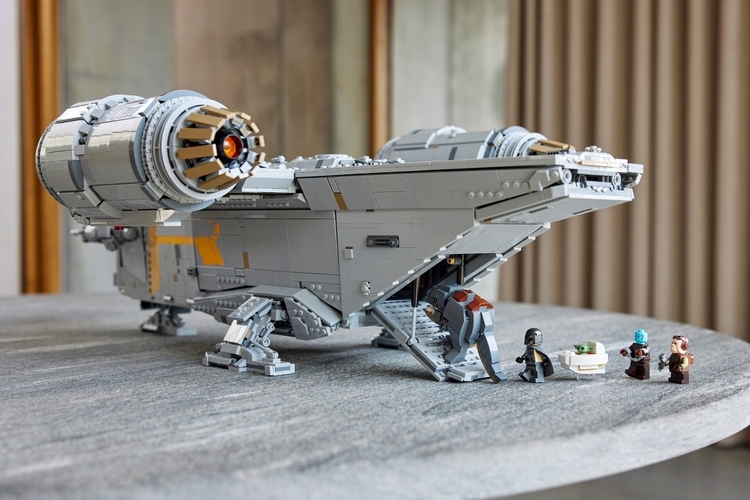 A while ago, Haslab released a gorgeous model of the gun ship from The Mandalorian, giving collectors a 30-inch-long, highly-detailed model they can display to show off their love for Din Djarin’s Disney+ adventures. It was awesome. We imagine it will be just as awesome building a model similar to that, which you can soon do with the LEGO Star Wars The Mandalorian Razor Crest UCS.

That’s right, LEGO is letting you build your own miniature replica of Din Djarin’s personal vessel, allowing you to transport the bounty hunter and his friends across various territories in the Outer Rim. Even better, you can take off some bricks and make it look like the remnants of the ship after it was destroyed by Moff Gideon’s light cruiser, giving you even more ways to commemorate memorable events from the show. 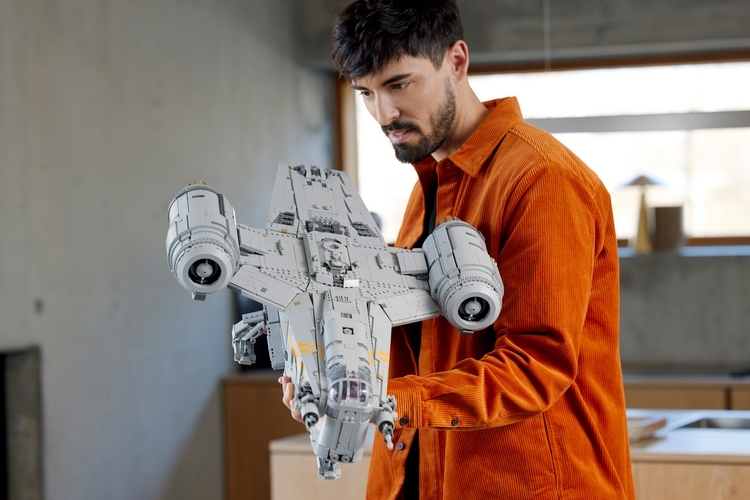 The LEGO Star Wars The Mandalorian Razor Crest UCS isn’t the first version of Din Djarin’s gun ship to be available as a LEGO set. However, this is part of the Ultimate Collectors Series similar to that massive Millenium Falcon and dog-sized AT-AT, which should make this bigger and more detailed than anything they’ve put out before. And it is big, measuring 28.3 x 19.7 x  9.4 inches (length x width x height), which should make it just an inch or so shorter than the Haslab model from two years ago.

Like every model in the UCS line, it’s incredibly detailed, recreating as many of the visible elements from the TV show vessel. From the dual side engines and the dual front cannons to the lifts and landing gear to all sorts of panels and grooves across the body, it’s a pretty faithful replica, making for the kind of starship every Star Wars fans can spend hours geeking out on. 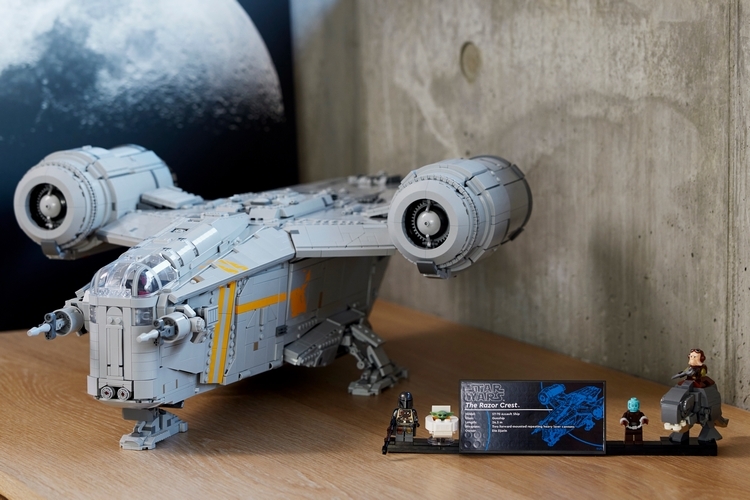 The LEGO Star Wars The Mandalorian Razor Crest UCS has numerous interactive parts, of course, which should make it a whole lot more playable after building. The engines, for instance, can be removed for servicing by your local mechanic minifigs, while the cockpit, escape pod, and carbon freezing chamber can be all accessed for use by any of your minifigs. Put Din Djarin on the cockpit to have him piloting the ship, have one of his friends popping out of the escape pod, and use the carbon chamber to flash-freeze any minifig or precious cargo you want to preserve. 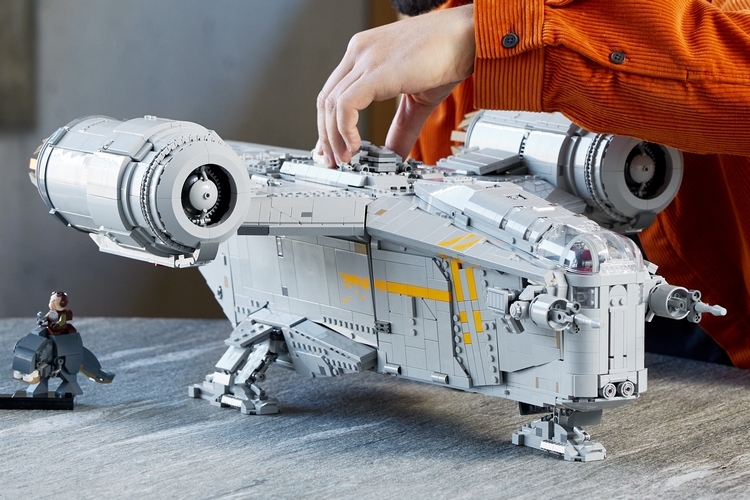 A total of 6,187 pieces are included in the set, which means you will have to “no life” this thing for a bit if you want to actually finish it. Yeah… that’s, at least, a weekend or two of hunching down slotting bricks together and hoping you didn’t get it wrong. Naturally, a few minifigs are also in tow, including everyone’s beloved Grogu, Din Djarin himself, Mythroll, and Kuiil, who’s meant to be riding a buildable Blurrg. Yep, they also have one of those two-legged dinosaur-like things in here.