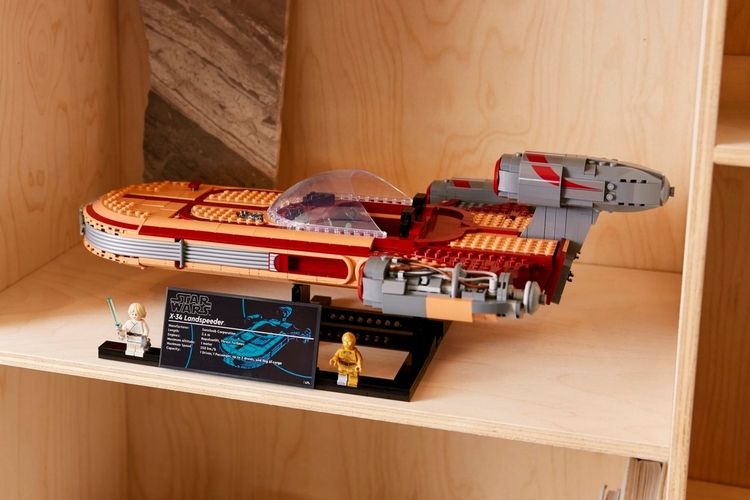 If you’re a LEGO fan who’s also a Star Wars diehard, then you’re probably acquainted with the Ultimate Collectors Series, the brand under which the toymaker releases the biggest, baddest Star Wars LEGOs ever made. While it’s remained perfectly quiet on that front all year, the silence has, apparently, come to an end with the announcement of the LEGO Star Wars UCS Landspeeder.

That’s right, Luke Skywalker’s ride of choice from the inaugural Star Wars movie is getting the UCS treatment, allowing you to get a proper replica of the same ride he used to travel across Tattooine’s rough desert terrains. Granted, this X-34 Landspeeder looks way fresher than farm boy Skywalker’s beat-up and battered vehicle, but we bet you can get it to look that way after a couple years of transporting goods and supplies across a harsh desert planet of your choosing. 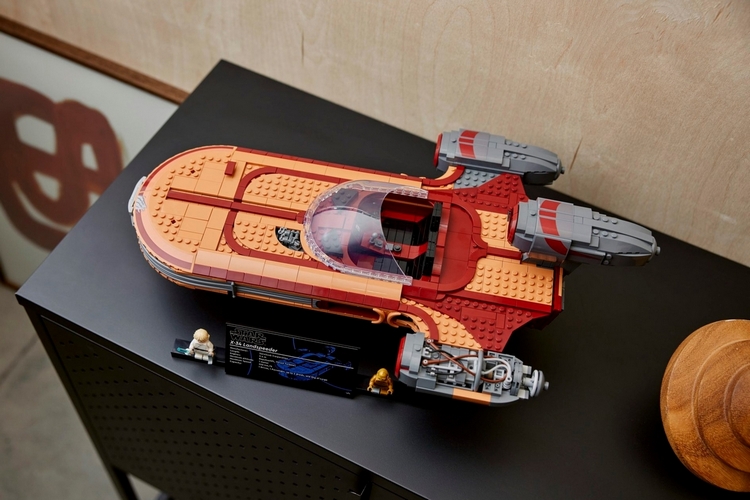 The LEGO Star Wars UCS Landspeeder is a highly-detailed rendition of the iconic Star Wars transport, allowing you to build your own version of a vehicle that can traverse the rough and sandy dunes of any desert planet you come across in your travels. It gets the same two-person cockpit as the film, so you can have Skywalker drive out in search of adventure with a companion minifig in tow, complete with the curved cockpit windscreen (which has been specially-molded for this set) to keep all that wind and dust away as they speed to their destination.

They recreated all three turbine engines in the back, complete with an exposed one (missing cover) with some scrap-looking parts to show how much work Luke has had to put maintaining the darn thing, as well as the repulsor vents on the front and sides to cool down its hovering technology. In case it’s giving you fits that the vehicle isn’t as beat up as you remember it from the original film, not to worry – they threw in a bunch of stickers in the set that you can use to give it that distressed appearance. 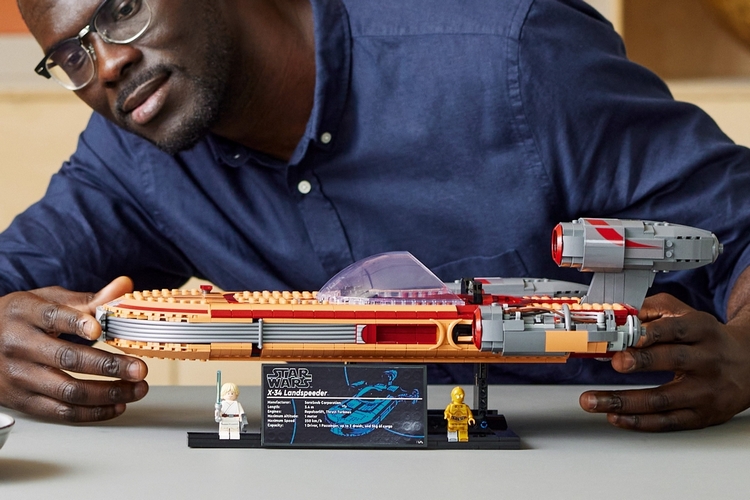 The LEGO Star Wars UCS Landspeeder’s cockpit is fitted with a detailed cockpit, complete with a steering wheel on the right, a driving stick in the center, and a dashboard display right above it, making it look like the darn thing is ready to hover its way around any barren desert in the vicinity. It comes two minifigs: a garden variety Tattoine-era Luke Skywalker and an exclusive C-3PO that sports a proper half-silver, half-gold leg, so you can have them both take the vehicle together to seek out and retrieve R2-D2 just like in the first movie. The whole set, by the way, comes with 1,890 pieces, so expect to invest some amount of time putting this thing together. 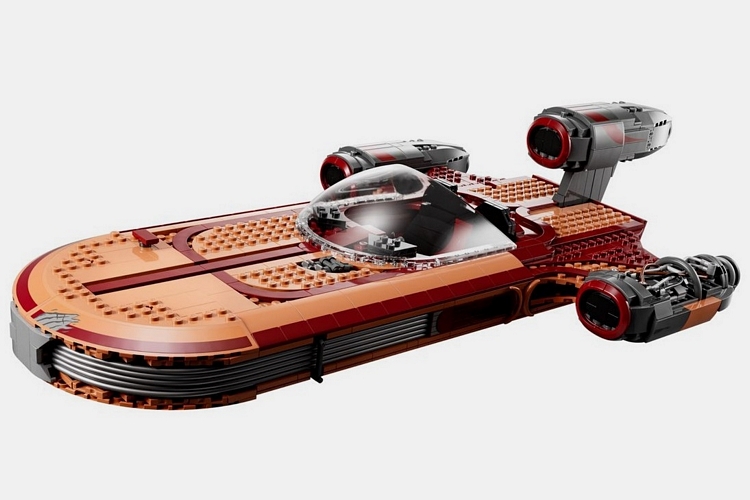 Dimensions are 19 x 11.5 x 4 inches (length x width x height), so this makes for a big LEGO toy that will make for a gorgeous display in a shelf somewhere. It comes with a display stand, where it can look like it’s hovering off the ground, as well as a plaque showing information about the vehicle.

The LEGO Star Wars UCS Landspeeder comes out in May, priced at $199.99.