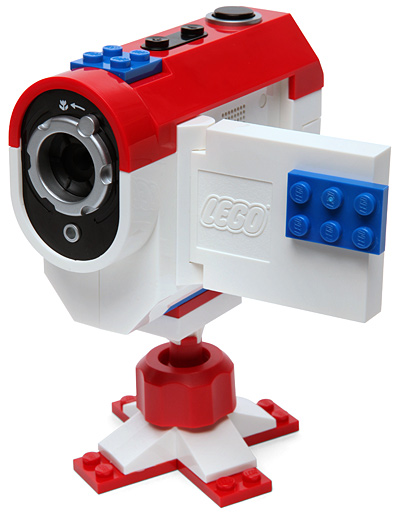 Granted, you can probably use whatever videocam you have now to shoot stop-motion animation movies featuring your Lego collection.  This Lego Video Camera does the exact same thing, except it’s clad in a brick-tastic Lego body.

Sure, it’s designed for kids seven and up.  So are comic books and superhero toys, but grown men take to them like women to jewelry, so it’s all good.  Besides, imagine how much fun you can have making mini-figs battle each other while riding battle tanks and destroying castles along the way. 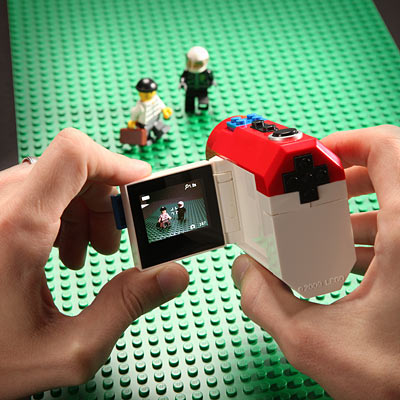 We’re not sure what actual camera hardware lies under there, but the Lego Stop Animation Video Cam can shoot both traditional footage and stop-motion scenes.  It has a 1.5-inch rotating color screen, as well as a macro lens for shooting close-ups.  Captured video saves to a microSD card you insert into the integrated slot.

Camera measures 3.6 x 1.6 x 2.6 inches  and weighs 13.6 ounces.  It’s clad in white and red plastic, with a few multi-colored Lego blocks around the body.  Package comes with an adjustable tripod (with similar Lego styling), a stop-animation software on CD and two mini-figs.

The Lego Video Camera, fortunately, comes assembled, so you won’t need an engineering degree to put the whole thing together.  It’s available now for $79.99.