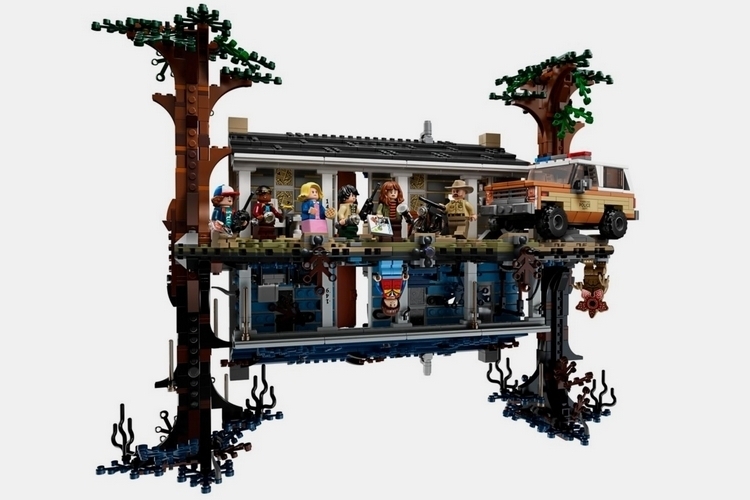 Yes, we’re looking forward to the next season of Stranger Things, too.  And while we really can’t binge watch the last two seasons for another go before the next one drops (seriously, we’ve watched it too much already), we guess a toy that gives us a snapshot of 1980s Hawkins, Indiana will make for a good enough substitute. LEGO’s The Upside Down should do just that.

A model of the Byers household from Stranger Things, the set depicts one of the show’s most frequent settings, allowing you to recreate many memorable scenes from the 80s-style sci-fi hit. Even better, it recreates the house’s counterpart in the Upside Down, allowing you to switch locations by simply turning the whole thing over. Yes, they literally made the Upside Down… uhm… upside down. 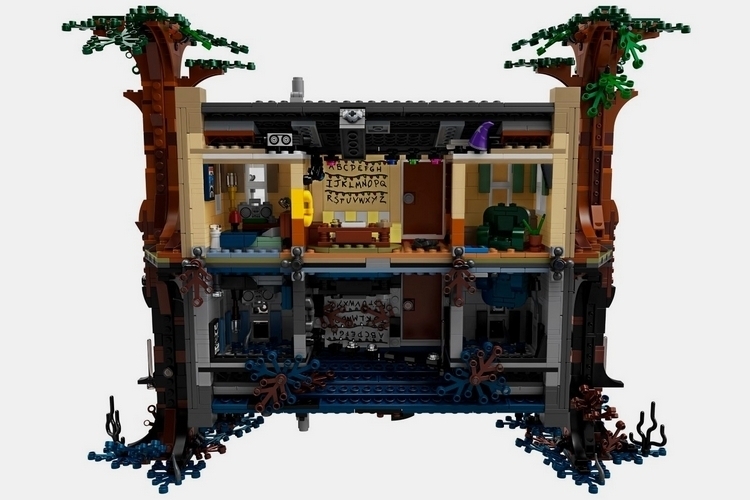 LEGO Stranger Things: The Upside Down lets you build the Byers household as it appears in two dimensions – the one where all the kids hang out in Hawkins, Indiana and its drearier counterpart in the Upside Down dimension. Yep, it’s two houses underneath each other, joined at the base. Since the model isn’t likely to be stable if it uses the bottom house’s roof to stand on, they added two tall trees on each side of the structure, which serve as the legs for the model, allowing it to be stable on a flat surface, so you can set it down on a shelf for showing off later. As a result, this thing is quite big, measuring a substantial 12 x 17 x 8 inches (height x width x depth).

That’s right, the house (well, two houses actually) floats in the middle of the model, making this quite the unique visual treat. Even better, either of the two houses can be displayed upright, so you can pose it with either the regular house or its sinister counterpart as the main attraction. If you pose it with the proper background, you can even make it look like one house is a mere reflection of the other, albeit one with stark changes that change the whole aesthetic immensely. 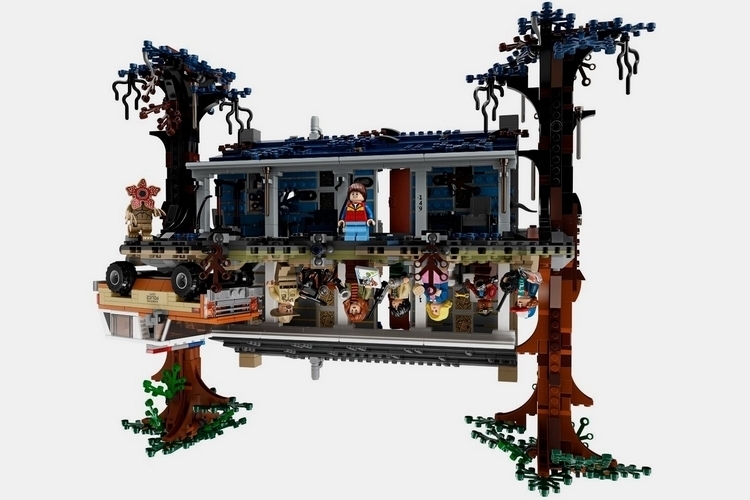 LEGO Stranger Things: The Upside Down recreate not just the main house, but the individual rooms, such as Will’s bedroom, the living room, and the dining room in the Byers home, with the Upside Down room getting the same layout, albeit with a dilapidated appearance. And yes, the rooms come meticulously detailed, with Will’s room getting a bed, a desk, a lamp, a boombox, and even movie posters, while the living room features a wall of lights (that they use to communicate with the Upside Down), couch, coffee table, phone, axe, that “have you seen me” flyer, and even a bear trap to catch the Demogorgon. Same goes for the dining room (which has an armchair, boxes of Christmas lights, and a fantasy game rule book that the boys use), the attic space (where we find a Mind Flayer drawing and a wizard hat), and the front porch. 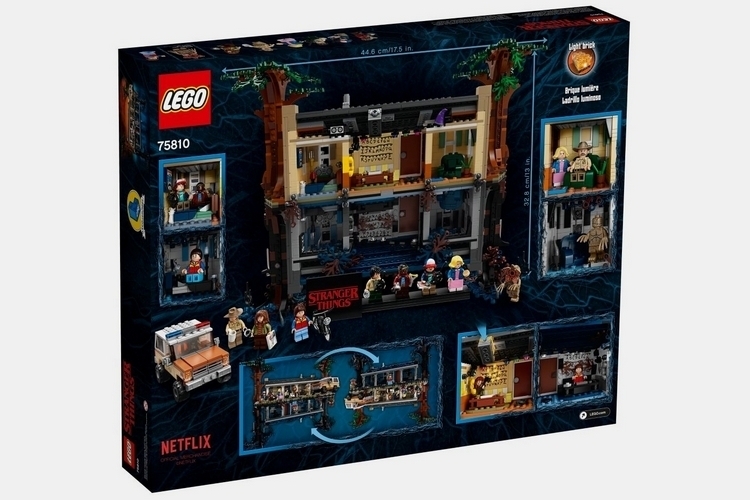 A total of eight minifigures are included, namely Eleven, Mike Wheeler, Lucas Sinclair, Dustin Henderson, Will Byers, Joyce Byers, Chief Jim Hopper, and the Demogorgon, so you get, pretty much, the main cast for staging your own LEGO version of the show. Other elements in the set include Chief Hopper’s police truck, Eleven’s waffle, various flashlights, Lucas’ slingshot, Mike’s walkie-talkie, and more, giving the set a total of 2,200 pieces.