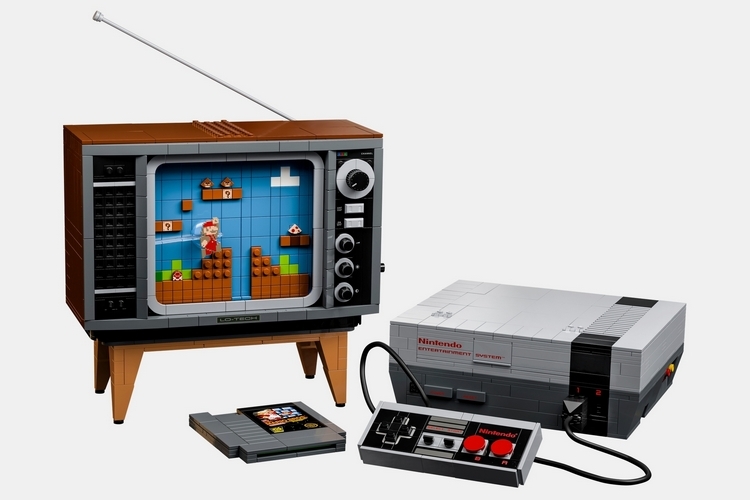 By now, you probably know that LEGO is releasing their first Super Mario Kit next month. And it’s an awesome set, with oversized figures that have expressive faces and a full 3D game world with tons of familiar elements you’ll find across Mario levels. While that looks like the kind of LEGO toy you’ll be buying for your young kids, the LEGO Super Mario Nintendo Entertainment System is something you’ll want to pick up for your own collection.

That’s right, LEGO is releasing a model replica of the original NES in life-sized scale, so you can relive the excitement of getting your first Nintendo console back in the 1980s. No, it won’t actually play the box of game cartridges you probably still have stashed somewhere in your mom’s basement, but we have a feeling the nostalgia will be enough to make putting this together worthwhile for middle-aged LEGO fans who grew up in that era. Hey, it worked for the NES Classic, right? 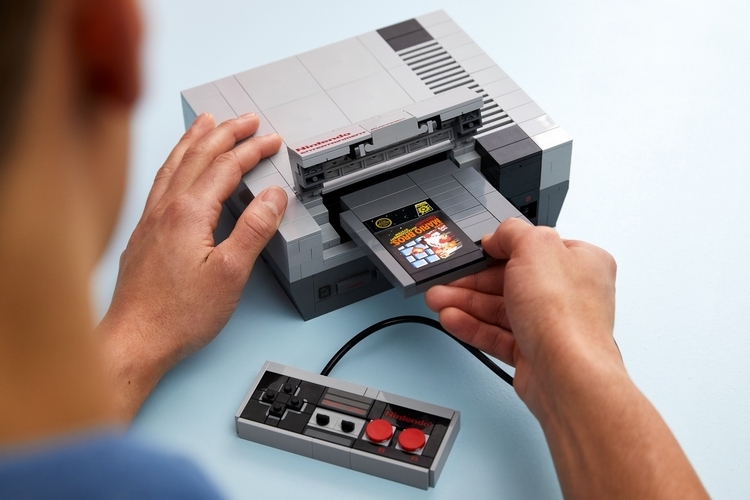 The LEGO Super Mario Nintendo Entertainment System recreates the classic game console in great detail, from the boxy shape and the vents on top to the multiple buttons and the cartridge bay that can be accessed using the flip-up door out front.  They didn’t just recreate the console, by the way, but also a wired controller with actual buttons, a Game Pak that actually goes into the cartridge slot, and even an old CRT TV with the first level of the original Super Mario Bros game on it. Sadly, it’s not one of those big ass TVs you’ll find in living rooms in the 80s, but one of those smaller panels (it measures 8 x 9 x 6 inches, height x width x depth) you’ll typically find in people’s kitchens and bedrooms. 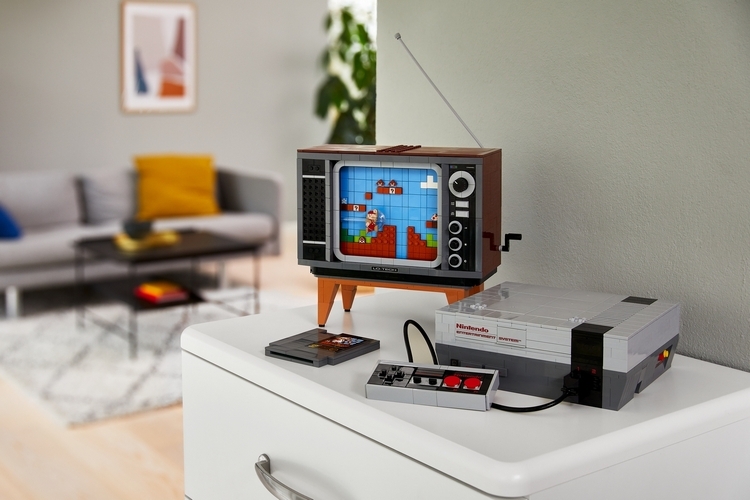 A crank on the side of the TV can be turned to make the onscreen level scroll sideways, allowing you to play an analog round of Mario for whatever joy it brings your way. Seriously, they went above and beyond with the CRT TV model, making an erstwhile pedestrian LEGO NES model that anyone with enough dedication can probably make with their brick collection something that’s absolutely special. Seriously, they could have released the TV with the Mario level on it all on its own and we’d absolutely consider buying one. 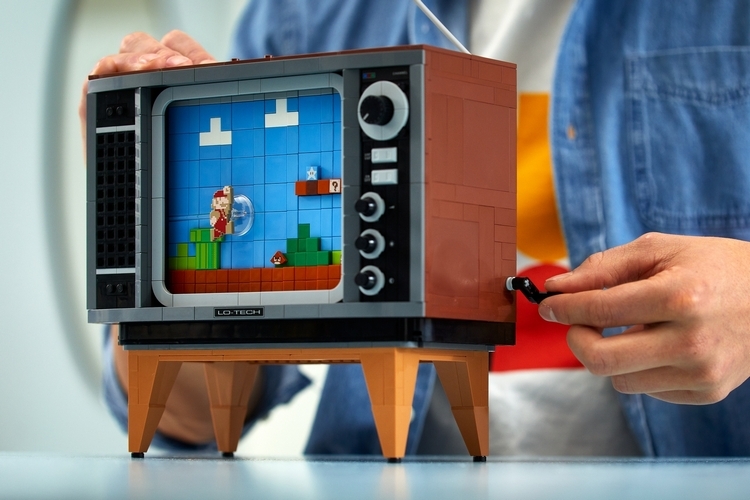 The LEGO Super Mario Nintendo Entertainment System comes with an action brick that you can scan with the LEGO Mario figure if you decide to also get one of those. If you do that and place the figure at a designated slot on top of the TV, the figure will change its facial expressions, depending on what’s currently onscreen, adding another level of interactivity to the already impressive toy. Yeah, we have a feeling this LEGO and Nintendo partnership is going to do serious damage to the bank accounts of 80s children the world over. The entire set comes with 2,646 pieces, so it’s a whole lot of bricks that will absolutely make for a whole lot of building.

The LEGO Super Mario Nintendo Entertainment System comes out in August, priced at $229.99.