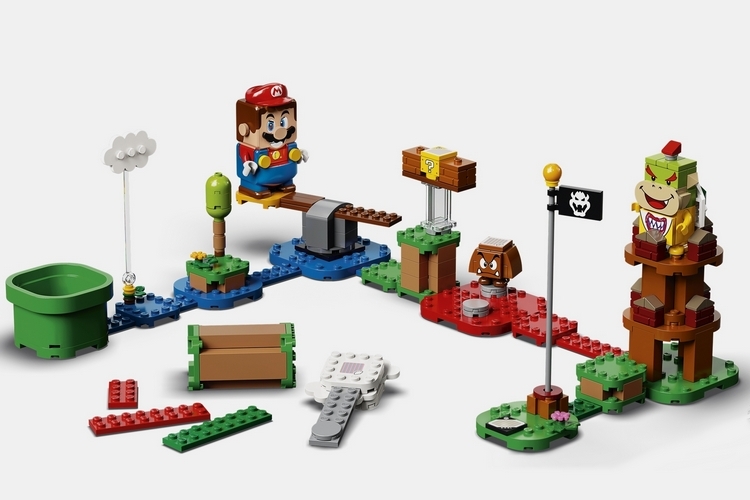 With LEGO sets, the models are usually the stars of the show, with minifigures being little more than accessories. That’s always held true whether it’s minifigs of random townspeople or a Disney character long considered a pop culture icon. That changes with the LEGO Super Mario Starter Kit Bundle, where the quintessential characters of Nintendo’s long-running game series take the stage, front and center.

The first release from the inaugural LEGO and Nintendo collaboration, the set casts the characters as figures much larger than your usual minifigs, making them both more attractive to look at and a lot more fun to play with. Not only that, they’re scaled to be oversized for the actual set, giving the whole thing an aesthetic more reminiscent of video games than traditional LEGO projects. 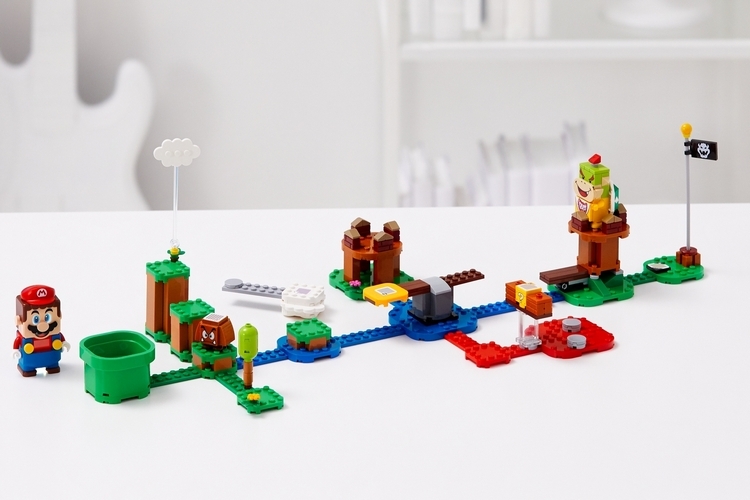 The LEGO Super Mario Starter Kit Bundle is, basically, a set that lets you build a three-dimensional course similar to those you can find in Nintendo’s series of Super Mario games. There are plenty of familiar elements in the set, including a green pipe (he’s a plumber, after all) at the start, a yellow question block (sadly, coins don’t come out of the darn thing), and a flag pole at the end of the course. There are various platforms and obstacles throughout the course, including blocks Mario will have to jump over, planks he has to cross, and, of course, a Goomba that he can either stomp or avoid completely.

The set, by the way, is called a “starter kit” because future sets are meant to build upon this foundation. That means, you can expand the course to something much larger and complex. Heck, maybe, you can even tack on a bunch of your other LEGO pieces to create your own custom courses. You know, like Mario Maker, except you build the course right in your living room. 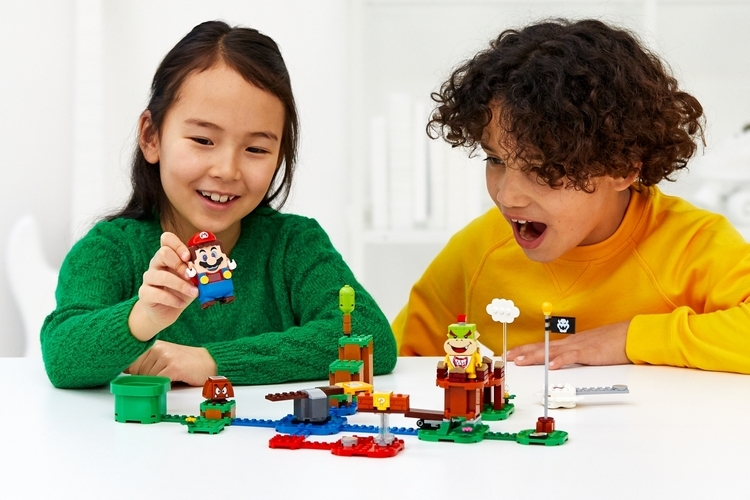 The LEGO Super Mario Starter Kit Bundle’s big star, of course, is the Super Mario figure, which is much larger than your typical minifigs. How big? It’s big enough to hold two AAA batteries, which are used to power its electronic components. That’s right, there are electronics onboard, namely an onboard speaker that allows it to play sounds and multiple LCD screens on its eyes, mouth, and belly. The latter allows it to change expressions in a jiffy, allowing the figure to be much more expressive than what you normally get from LEGO. 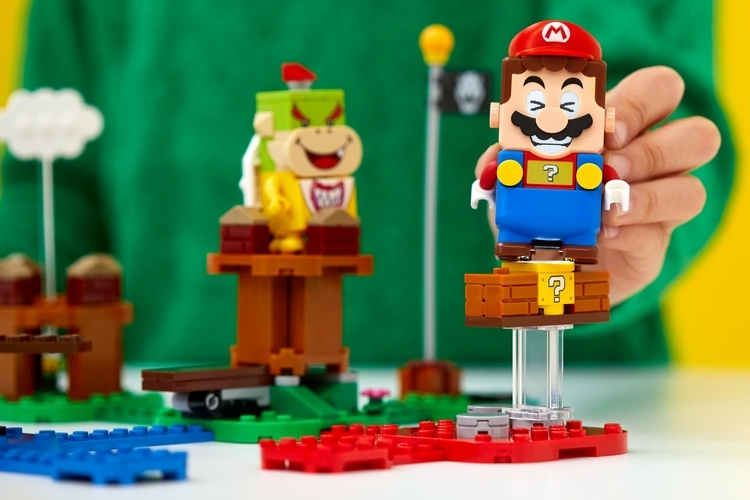 Aside from Mario, the set also includes a Goomba and a Bowser figure, so the Nintendo protagonist can meet up with some familiar adversaries while platforming in your living room. The set, by the way, comes with 231 pieces and can be rearranged to change up the course according to your liking. You can make it easier, harder, and, if you add extra bricks, even more frustrating than some of the nastier user-created levels in Mario Maker. Hey, if you’re so inclined, why not go for it?