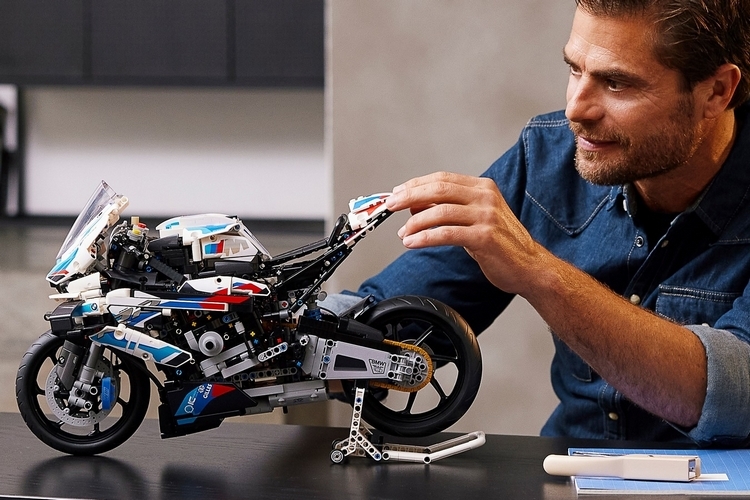 For a decade, the S1000RR represented the pinnacle of BMW’s road-legal motorcycle lineup. Last year, it was supplanted by the M 1000 RR, a higher-spec variant bringing extensive upgrades in powerplant, chassis, exhaust, braking, and even fairing design. Suffice to say, it’s one beautiful bike that has captured the imagination of many motorcycle fans. Whether you have one sitting in your garage or not, you can now add one to your model collection with the LEGO Technic BMW M 1000 RR.

That’s right, LEGO just made a Technic model of the first BMW motorcycle to get the “M” badge, a prefix traditionally used for the luxury automaker’s cars and SUVs (well… they did put it on a bicycle that one time). And it looks absolutely nuts, recreating nearly every element of the road-legal yet race-ready bike in painstaking detail. 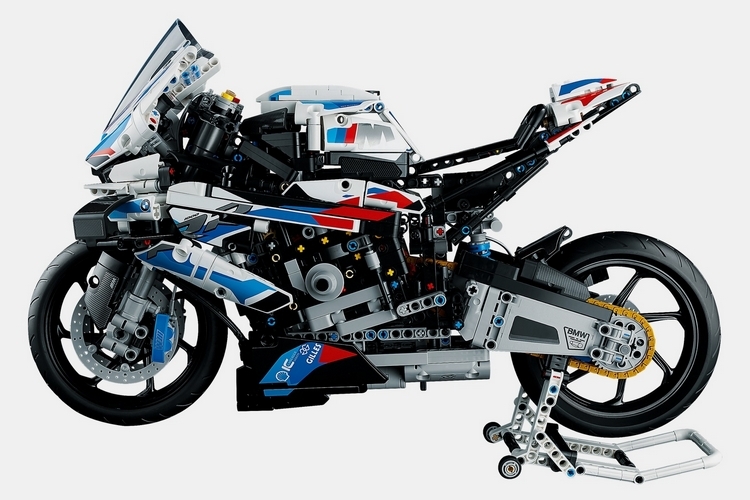 The LEGO Technic BMW M 1000 RR is a recreation of the 212-horsepower liter bike, allowing you to enjoy one of the most beautiful sport bikes around right from a tabletop. Granted, you can’t rev the engine, zip through traffic, or blast through the open highway at preposterous speeds like you would with the actual motorcycle. It’s pretty big for a LEGO model, too, coming in at 1:5-scale, which, apparently, is a first for the Technic brand. We know… it will look odd next to some of your smaller-scale Technic supercars – then again, that’s not exactly anything new for the Technic line.

Not only is it designed to look like the real thing, it’s meant to move like it, too, with a functional three-speed gearbox (we know, the actual bike had a six-speed, but there’s no point recreating that), steering, chain transmission, and suspension in both front and rear. That’s right, the bike’s mechanical parts work just like the real thing. They even recreated the 999cc four-cylinder engine, although there’s no word on whether the pistons actually move like they do in some Technic models. Just based on recent models we’ve seen in the line, there’s a good chance they probably do. 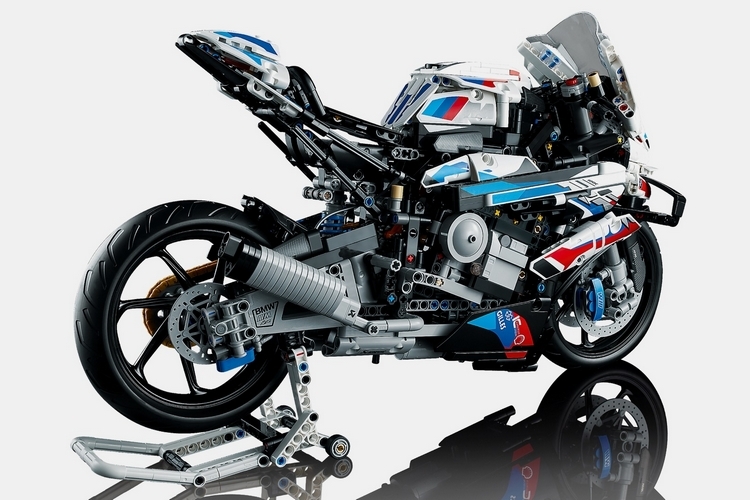 The LEGO Technic BMW M 1000 RR also reproduces the bike’s full fairing, complete with the aerodynamic winglets and high windscreen, so it’s a pretty faithful model of the original. They deck it in the big bike’s red, white, and blue color scheme, too, making it look every bit the part, complete with three different dashboards, so you can swap in whichever one you prefer. It comes with both a paddock stand and a display stand with a name plate, by the way, so you can make it look like it’s ready to race or simply showcase it like a museum piece. 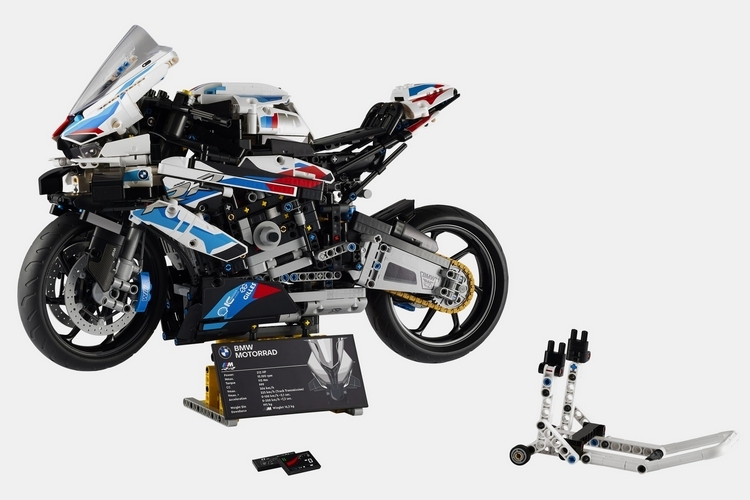 Dimensions are 10 x 17 x 6 inches (height x length x width), so it’s quite the big model, making for both an enjoyable toy to build and a gorgeous piece for showing off on a display shelf. A total of 1,920 pieces are included in the set, so this should make for one of those immersive builds that’s going to take up a substantial amount of time to finish.