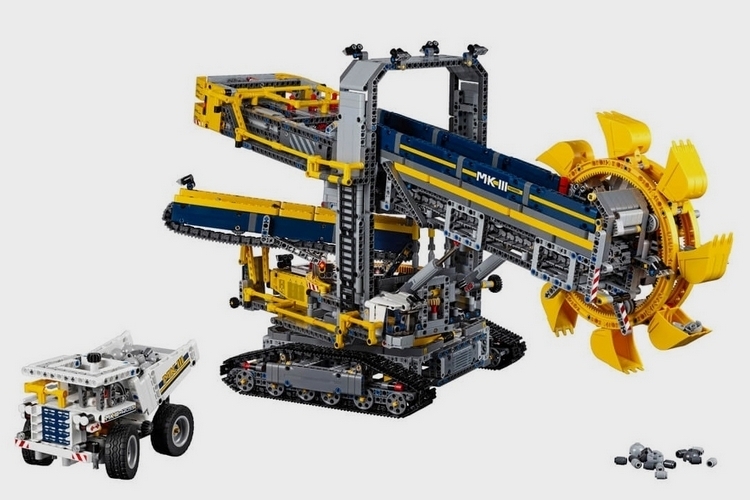 LEGO has no shortage of construction machines in its roster, with mobile cranes, wheel loaders, and a whole lot of other heavy equipment having been released throughout the years. As awesome as they are, the new LEGO Technic Bucket Wheel Excavator just blows everything else we’ve seen before with its monstrous size and brutish looks.

Scaled to look like a real BWE next to other LEGO models, it measures 16 x 28 inches (h x l), making for one massive-looking beast of an industrial equipment. And while we doubt you can use it to simulate open pit mining in the backyard like the real thing, it should fill the heart of anyone who enjoys cranes, tractors, and bulldozers like a child who just stumbled upon a crate full of candy.

The LEGO Technic Bucket Wheel Excavator comes with 3,927 parts, making it the largest model ever in the LEGO Technic line. Those parts, by the way, include a motor for powering the conveyor belt to dig up materials from your mini-quarry, along with working tank treads to get it lumbering from one site to another. For even greater realism, they threw in other movable parts, such as the lifting arm and a second conveyor belt on the side.

Aside from the excavator, the set includes a dump truck that’s scaled to emphasize the industrial machine’s size. And when you get bored with the excavator, the same parts can be put together into an infinitely more boring, albeit equally large, Mobile Aggregate Processing Plant. 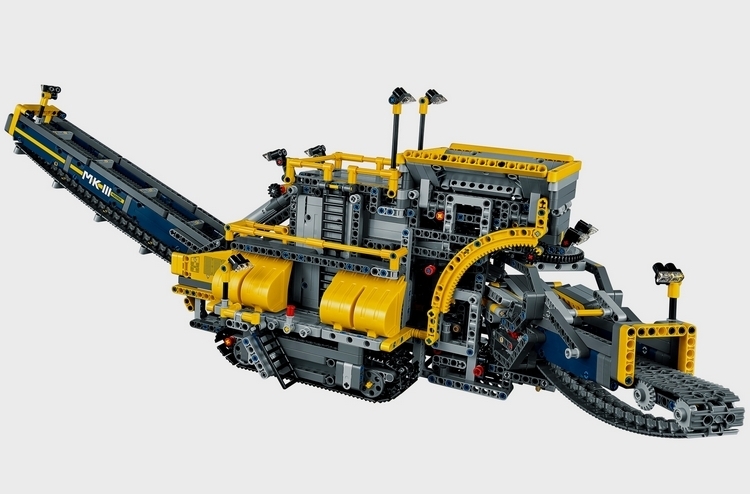 Slated to come out in August, the LEGO Technic Bucket Wheel Excavator is priced at $249.99.