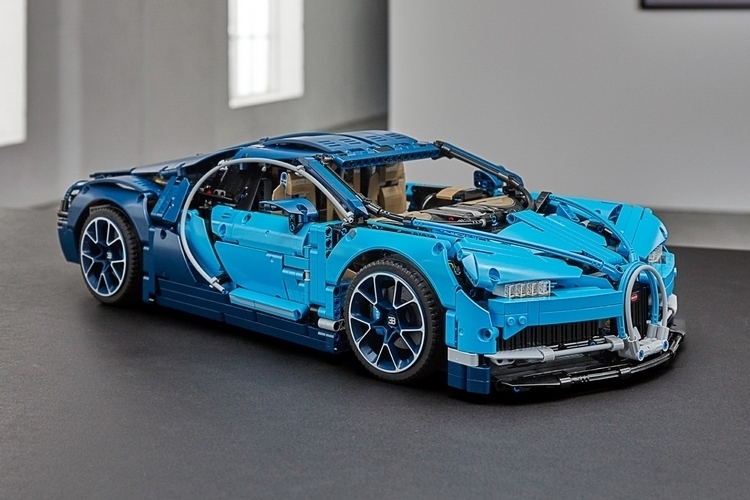 Remember when the LEGO Technic Porsche 911 GT3 RS came out and you thought it will forever be the reigning centerpiece in your collection? Yeah, things are about to change with the LEGO Technic Bugatti Chiron, a new set that’s bound to become your new favorite LEGO car.

That’s right, you can now build your own Bugatti Chiron, similar to the way they assemble it by hand in the small French town of Molsheim. Well, not exactly, since you’re putting together bricks while they’re assembling engines, car parts, and body panels, but you can put the same love and attention to detail into your model that every single one of those cars get. 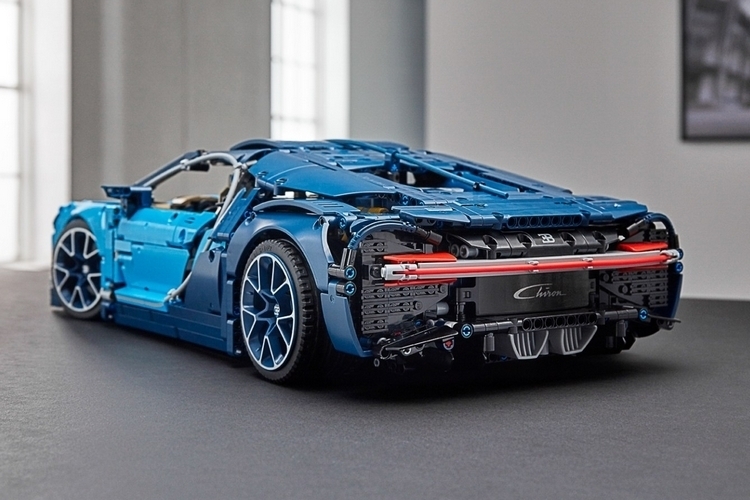 The LEGO Technic Bugatti Chiron is a 1/8-scale model that measures 22 x 5 x 9 inches (length x height x width), so it’s a pretty big toy that will make a substantial presence on any display shelf. It’s incredibly detailed, recreating a whole load of elements found on the car, from the shapely hood and the dramatic scoop on the side to the adjustable rear wing and even a working engine. Yep, a working replica of the Chiron’s W16 powerplant, complete with moving pistons that’s connected to a gearbox controlled by shift paddles on the functional steering wheel. That means, if you can shrink yourself to 1/8-scale, you can drive this thing around the living room to your heart’s content. Sure, you won’t be able to hit those 261 mph top speeds, but you can definitely feel like a billionaire zipping around in a luxury sports car. 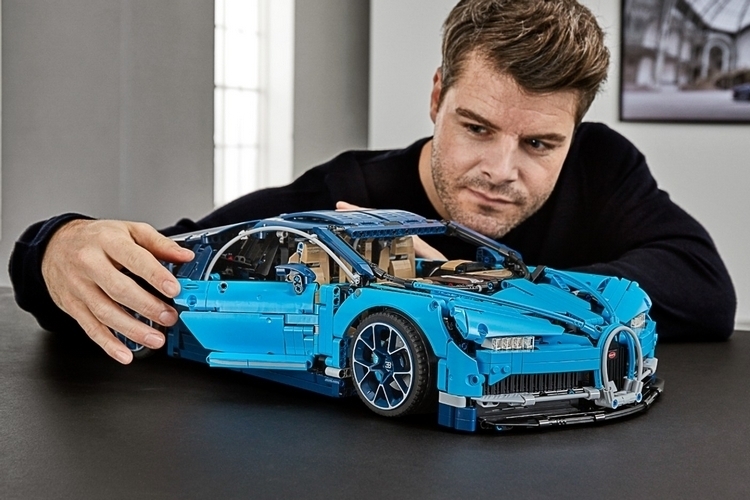 You know how they supposedly make the front and rear chassis of each Chiron separately, before putting them together to turn out the final car? You’re supposed to do the same thing here, with the front and rear sections coming together in order to complete the chassis. From there, you assemble the interior (looks at those seats with the Chiron logo and the realistic instrument cluster) and snap on the body panels to turn out the finished build. You know how the Chiron’s rear wing switches from “handling” to “top speed” position, depending on how you plan to drive the vehicle? Well, LEGO threw in a “speed key” that you can use to quickly move it between the two positions, so you can pretend you’re sending it careening at top speeds whenever you feel like it. 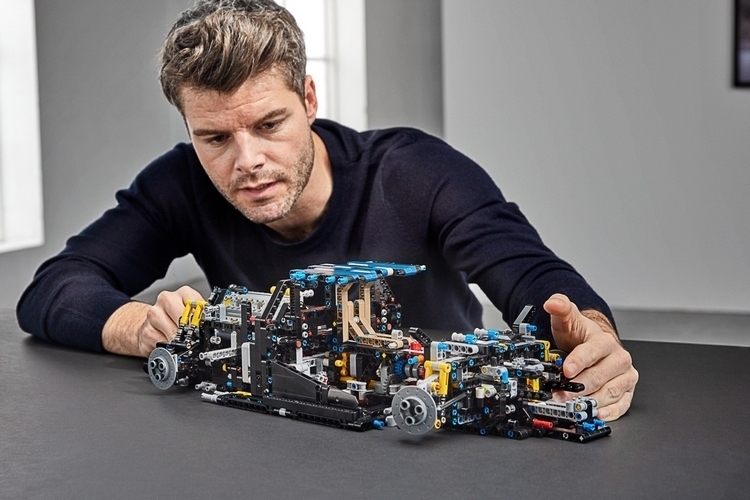 The LEGO Technic Bugatti Chiron comes with 3,599 pieces, making it bigger and more complex than the Porsche from two years ago, while being the third largest set in the Technic lineup. It comes in a color scheme that resembles the two-tone blue paint job used in the model of the car when it launched at the 2016 Geneva Motor Show and even includes a similarly-scaled Bugatti overnight bag accessory that you can hide in the trunk.

While only 500 Chirons will be made, LEGO won’t taking the same exclusivity route, although each model does get a unique serial number under the hood. The LEGO Technic Bugatti Chiron is priced at $350.