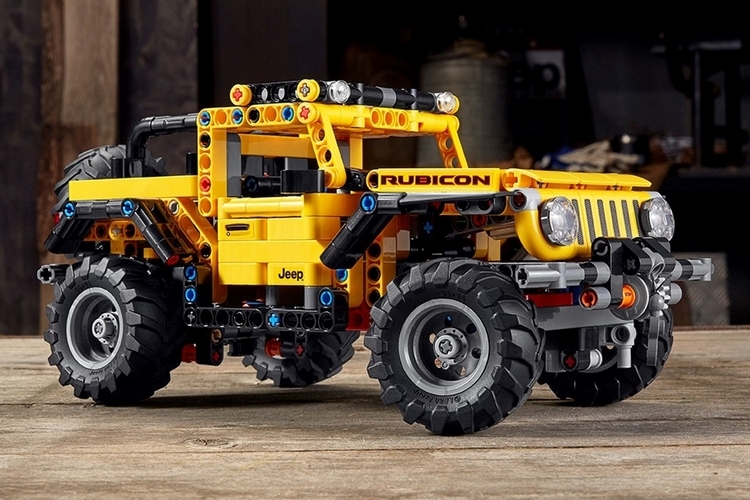 Jeep SUVs are among the most iconic off-roading vehicles in automotive history. Which is why, it’s always been strange that they haven’t been represented in any LEGO set. That changes now with the LEGO Technic Jeep Wrangler, which brings the compact off-roader to construction brick form.

That’s right, you can now build yourself a proper LEGO model of one of the most iconic off-roading vehicles of all time, so you can show it off right next to the supercars, sports cars, and Vin Diesel cars in your LEGO collection. Whether you’re a Jeep Wrangler faithful, a model car collector, or just some LEGO fan who wants to add a proper SUV to your fleet, this thing will definitely make for a great toy to spend a few hours building. Well… a few hours or an entire weekend, depending on how bad you are at LEGOs. 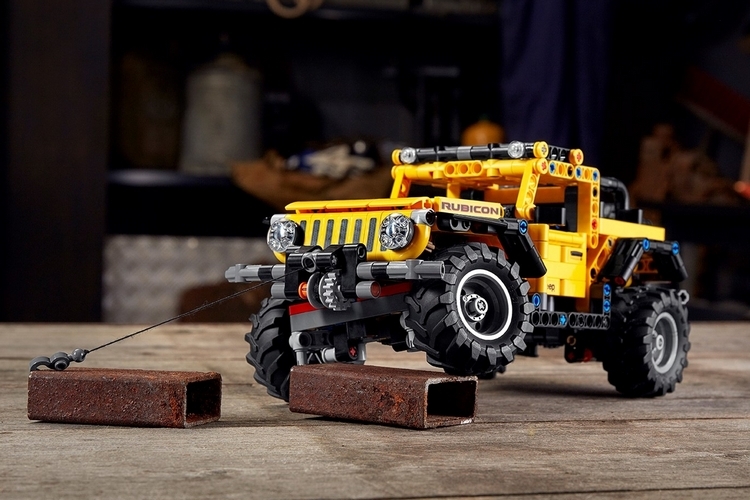 The LEGO Technic Jeep Wrangler recreates the classic off-roader in its Rubicon trim, so you know this thing will conquer the most punishing terrains your LEGO collection can throw its way. It’s not as big as some Technic models we’ve seen, coming in at 9.5 x 4.5 x 4 inches (length x height x width), but it’s big enough that you can have plenty of fun making it run through a bevy of obstacles you place in its path. Yes, this thing is designed to actually go off-roading, with a powerful axle-articulation suspension that will allow to ride over obstacles without requiring you to just pick it up and pretend it’s made it through to the other side.

It also comes with functional front steering, which you can control via a button on the car, so you can design an obstacle track of sorts on a tabletop and have it ride all through it like you’re eight years old all over again. Like many Technic cars, it also has doors that can open and close, a hood that can be popped up, and rear seats that can fold down to accommodate cargo. They even threw in a winch out front, so you can pull and destroy that LEGO tower your brother made, as well as a spare tire, in case your brother retaliates by stealing a tire from your Wrangler. 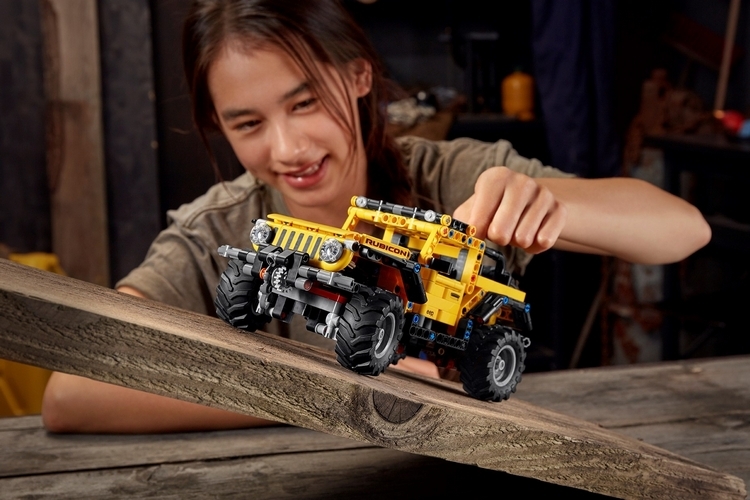 The LEGO Technic Jeep Wrangler recreates plenty of details found on the actual vehicle, including the open rear section, a seven-slot grille, and roll bars to ensure durable performance. It comes in a classic black-and-yellow color scheme, so your nephew will immediately mistake it for a construction machine and use it to haul rocks in the backyard, along with prominent Rubicon branding, so you never forget it’s supposed to be the Jeep in a hardcore off-roading trim. 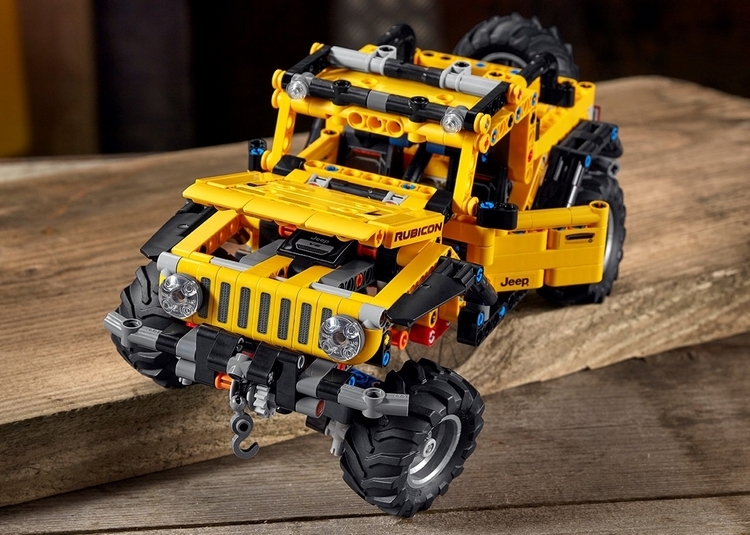 At 665 pieces, this isn’t really comparable to the most prominent Technic models out there, so it should make for an easier and faster build than usual. Still, that suspension is pretty special, though, and is quite a rare addition to the LEGO vehicles we’ve come across so far.