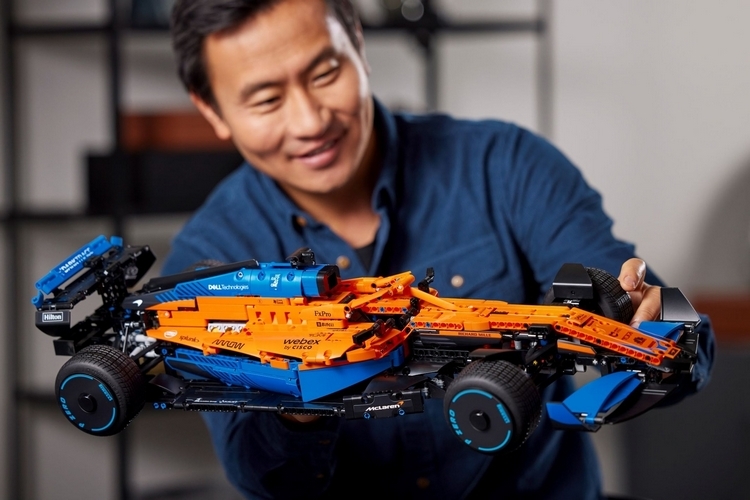 Any time LEGO comes out with a Formula One Technic set, we pay attention. Being able to recreate some of the fastest track cars in the world using construction bricks does make for some immersive fun, especially when they’re as big as Technic sets tend to be. That definitely seems like the experience waiting for anyone who picks up the LEGO Technic McLaren Formula 1 Race Car.

Yes, we thought it was going to be a model of McLaren’s F1 entry for the 2022 season. It was announced around the same time the new McLaren racer was unveiled, after all, apart from taking on a similar color scheme. Plus, the product page says it’s the 2022 model. Upon closer inspection, though, it isn’t. Rather, it appears to be a replica of their car from the 2021 F1 season, which makes sense since the new car was still being developed while this model was being created. So yeah… we’re not sure whether LEGO and McLaren had some sort of disconnect in communication, but it’s still a cool car all the same. 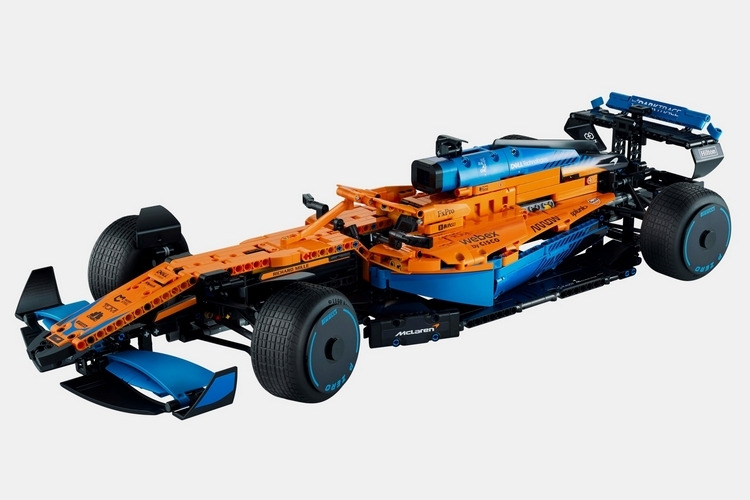 The LEGO Technic McLaren Formula 1 Race Car recreates last season’s McLaren F1 model, with its bold blue and orange livery. As is standard with Technic cars, it has a working suspension, a steering mechanism that can be controlled from the cockpit, and a functional differential to help it take those corners decisively, along with a replica V6 engine sporting pistons that move along with the car, making it look like the engine is propelling the vehicle forward. It’s not motorized, though, so you won’t be racing this in the park any time soon, although it’s detailed enough that you will probably still pore hours playing with this thing well after you’ve finished the build.

It models the original vehicle in great detail, including the active suspension, the DRS spoiler, and the various impact structures installed to keep the driver safe. They even throw in a sheet of sponsor stickers, so you can plaster your car with advertising like the proper billboard that an F1 racer truly is. 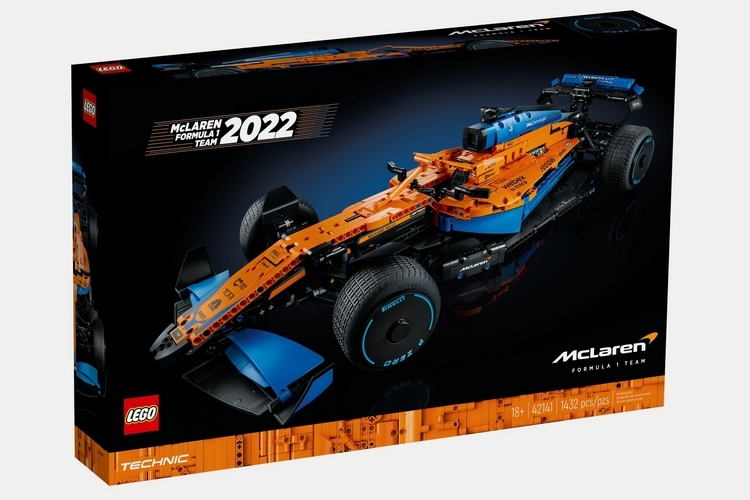 The LEGO Technic McLaren Formula 1 Race Car measures 25.5 x 10.5 x 5 inches (length x width x height) when fully assembled, making for one big car that will make an imposing presence on any display shelf. It comes with 1,432 pieces, so this should make for a challenging build that can keep you occupied for hours on end. 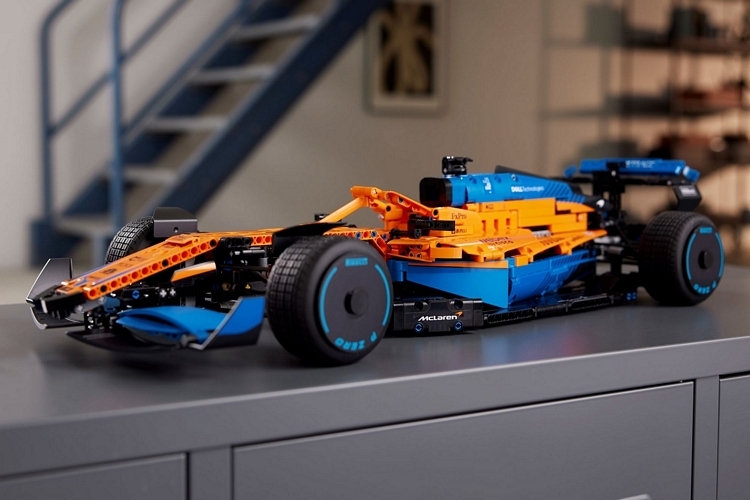 This is neither the first McLaren nor is it the first Formula One car to come out of LEGO. It is, however, the first McLaren F1 car model set from the company, so it should still be a pretty special release for both Technic collectors and racing fans alike. Of course, we would have preferred to be building either the Red Bull Honda or the Mercedes F1 cars that took home prizes last year, but maybe LEGO has that in store at some point, too. Hopefully.

The LEGO Technic McLaren Formula 1 Race Car comes out in March, priced at $179.99.