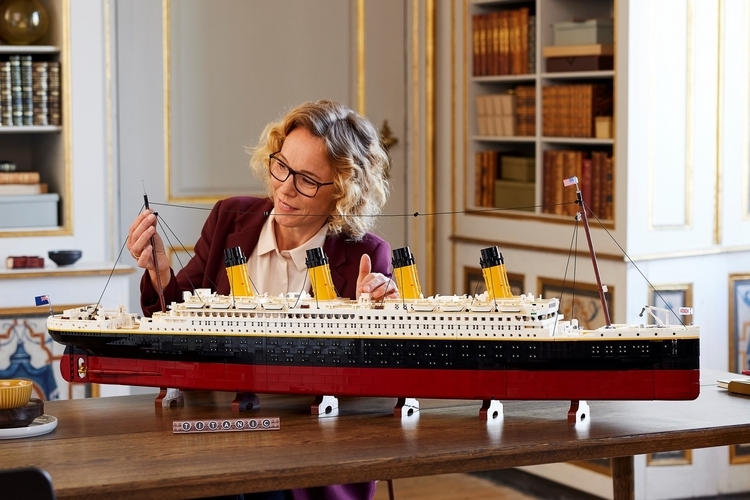 You’ve seen the movie, watched the documentaries, and maybe even read a story or two about the legendary passenger liner that succumbed to disaster in its maiden voyage. Heck, maybe you even took the cruise that relives its historical journey. Now, you can recreate both the ship and the iceberg collision that precipitated its catastrophic demise with the LEGO Titanic.

That’s right, LEGO is making a replica of the RMS Taitanic, allowing you to build yourself a model of the Olympic-class ship while watching Leonardo DiCaprio and Kate Winslett on TV, as that Celine Dion power ballad plays on the wall-mounted speaker. Of course, you can also just put it together without the extra ruckus, but wouldn’t it be more fun to work on the Titanic while hearing the Canadian vocalist cry out “My heart will go oooonnnn…” until your ears bleed? Or something. 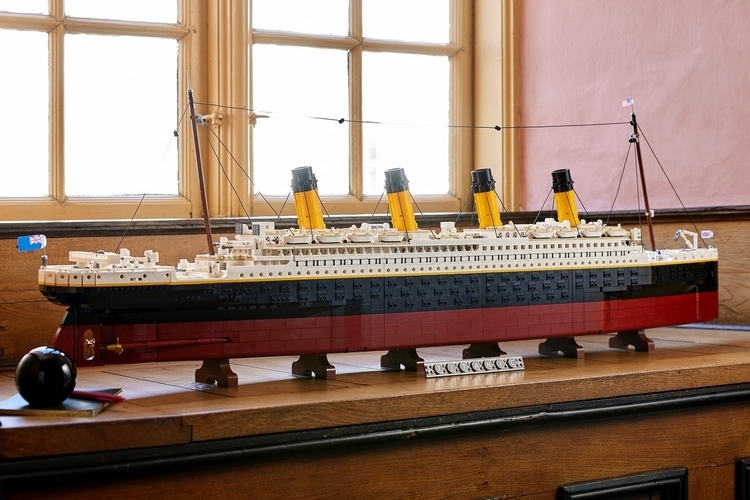 The LEGO Titanic recreates the gigantic British passenger liner, the biggest one at the time, in similarly gigantic form, coming in at dimensions of 53 x 6 x 17.5 inches (length x width x height). The entire exterior is reproduced in great detail at a 1/200 scale, from the large funnels and the cargo crane to the iconic bridge and the numerous benches to the multiple decks for passengers and crew members alike, so anyone seeing it displayed prominently on a shelf won’t mistake it for anything but the ill-fated ship. According to the outfit, they even included over 300 portholes into the design, along with a number of lifeboats, which would go on to save over 700 survivors during the original events. 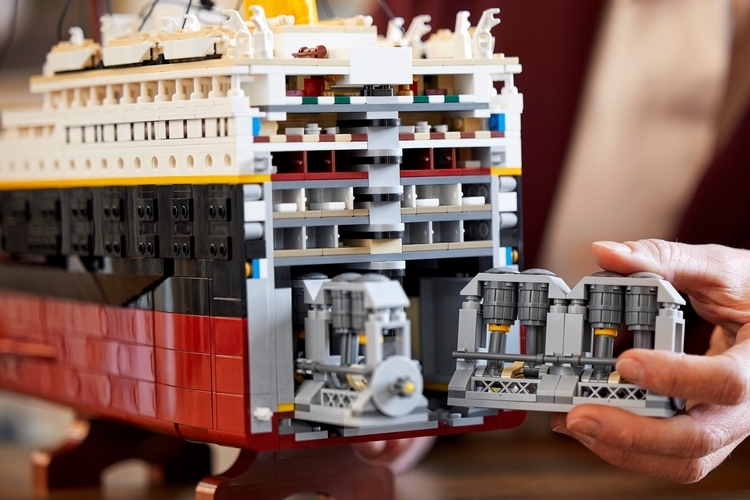 Even better, that detail continues beneath the surface of the model, as it can split into three parts to expose different levels of the interior that you can view through the cross sections. When split apart, it exposes the grand staircase, the large dining area, the smoking lounge, the reading lounge, and the swimming pool, along with the boiler room where the crew made sure the ship kept up its voyage and dozens of cabins from different passenger classes. Suffice to say, there’s enough detail here to satisfy even more discerning model collectors. Sadly, the scale means each of the levels won’t actually fit any minifigures (they’re way too small), so you’ll just have to imagine squeezing into those cabins and being one of the passengers in that maiden voyage. 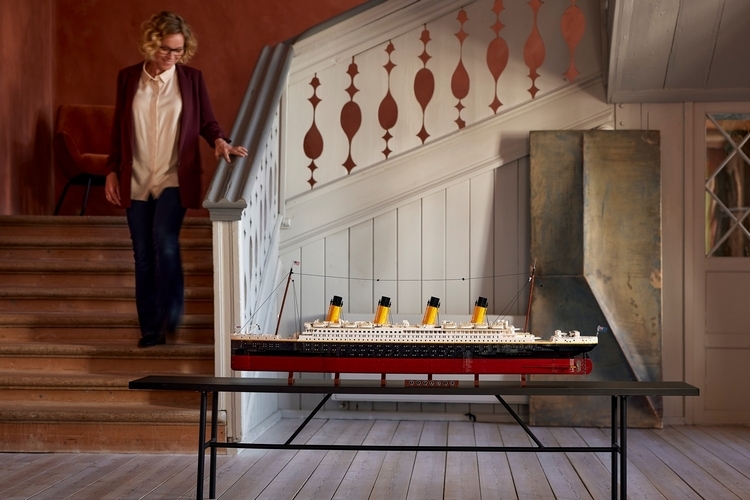 The LEGO Titanic actually comes with moving piston engines that can be made to move by simply turning the propellers, while the tension lines can be adjusted between masts and the anchor can actually be lowered and raised. For showing off, it comes with a display stand to support each section of the ship, allowing you to display it as one giant ocean liner or as individual sections to display the ship’s cross-sections, as well as a nameplate showing the ship’s name. It comes with 9,090 pieces, by the way, making it the second largest set from the brand, right between the 11,695-piece LEGO Art World Map and the 9,036-piece LEGO Colosseum.