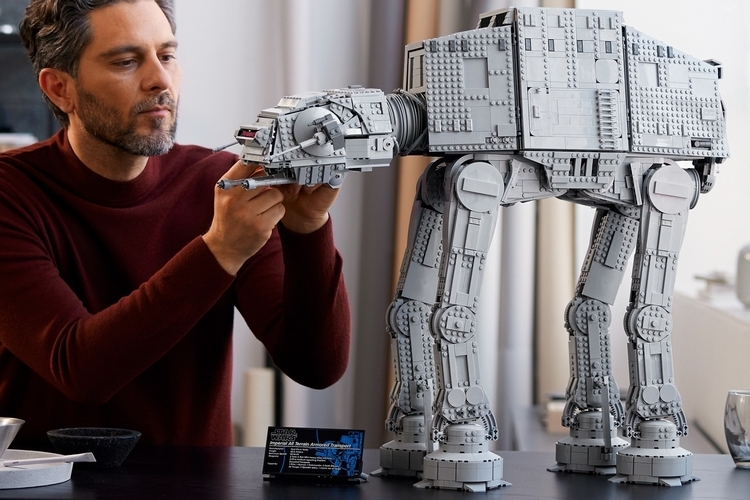 Remember the LEGO Ultimate Collectors Series Millenium Falcon and how happy it made you building that thing? Sure, you can cross off a couple more weekends on the calendar and rebuild the whole thing to recreate the magic. Or you can embark on an entirely new but similarly joyful adventure by building the new LEGO Ultimate Collectors Series AT-AT.

That’s right, LEGO is making a UCS version of the All-Terrain Armored Transport from Star Wars: The Empire Strikes Back, so you can have your own four-legged combat walker to deliver a large army of Imperial minifigs when you need to launch a ground attack. And this thing is huge, measuring about the size of a small dog with disproportionately long legs, so there’s a good chance your own pet will hump this as soon as you set it down on the ground. Yeah… best keep the dog away then. 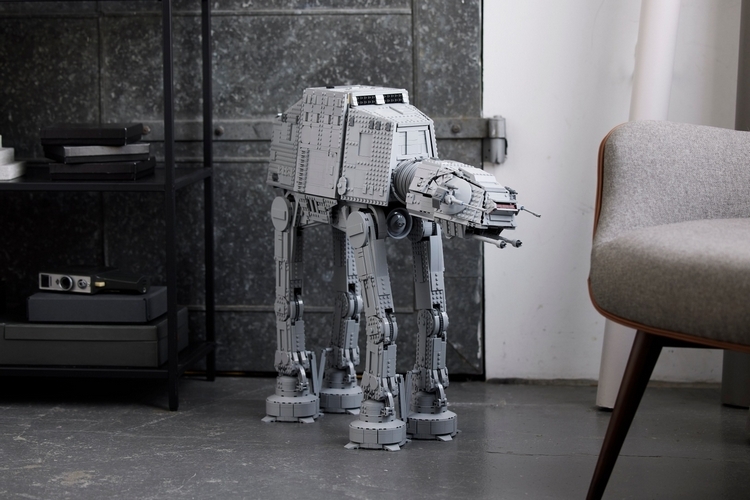 The LEGO Ultimate Collectors Series AT-AT recreates the Imperial armored transport in faithful detail, from its animal-like appearance and imposing size to its armored shell to elevated passenger bays. It has rotating cannon turrets and anti-personnel blasters on the head to launch an offensive when necessary, as well as a bomb drop hatch when the situation calls for a more powerful incendiary weapon. There’s also a hook on the body to allow Luke Skywalker to attach a line and climb up to the body, in case you want to recreate that scene where he destroys one of these things.

Open the sides on the body to reveal the various passenger and cargo bays on the AT-AT, which, the outfit claims, can fit up to 40 minifigures, so you can load a veritable army of stormtroopers to launch an attack inside the vehicle. There’s also a section on the body designed to fit up to four speeder bikes, so your soldiers have a way to easily get around once they’re on the ground. Even the head has a removable panel that reveals the pilot cabin, which seats up to two minifigures, while having extra space to accommodate a third (no seat for the third wheel, though). 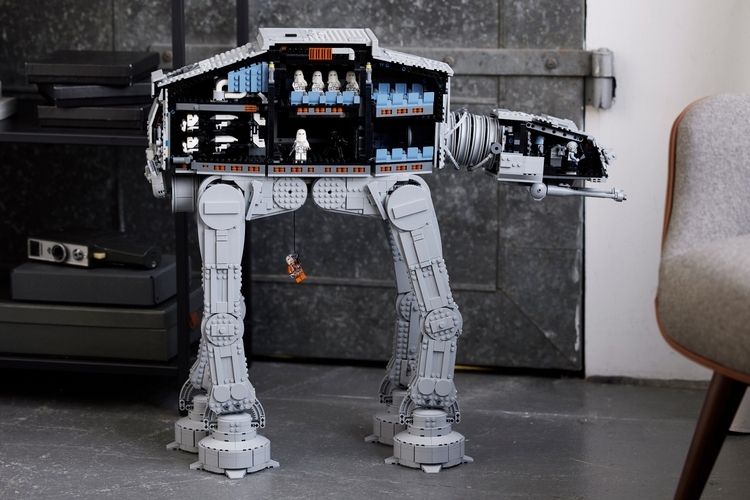 The LEGO Ultimate Collectors Series AT-AT has a head and legs that can move, allowing you to pose it in a variety of ways to create any Star Wars scene you have in mind. It comes with nine minifigures, namely General Veers, Luke Skywalker, a Snowtrooper Commander, four Snowtroopers, and two AT-AT drivers, so you’ll have to find a few more if you want to fill it up with a full force of Imperial soldiers. 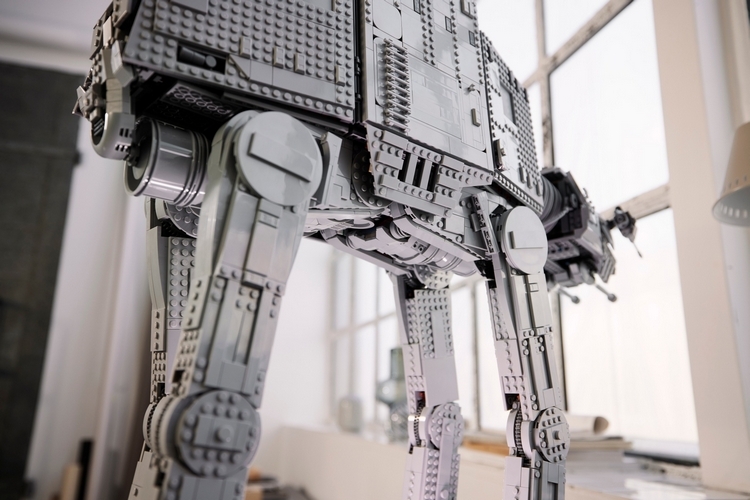 The set, by the way, comes in at 27 x 24.5 x 9.5 inches (height x length x width), so it’s another one of those LEGO models that will take up a huge chunk of shelf space. And yes, it’s going to be quite the challenging build, coming in with 6,785 pieces – which is just a couple hundred less than the UCS Millenium Falcon but nearly double that of the similarly-massive UCS Republic Gunship.