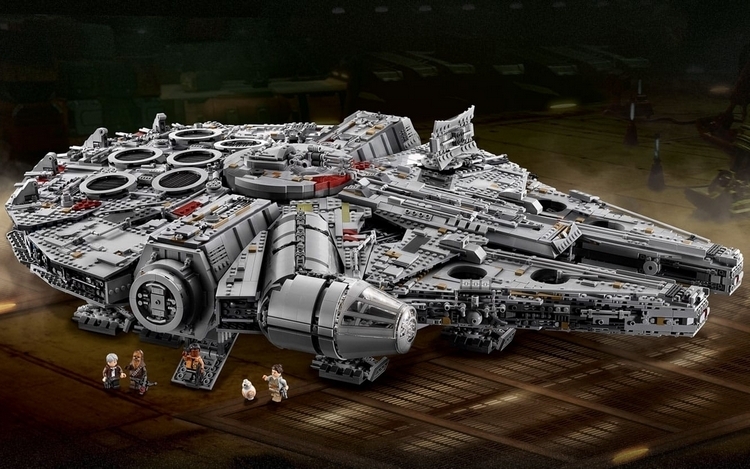 There’s no shortage of Star Wars LEGO sets, with nearly every piece of vehicle in the franchise eventually coming to life as a construction toy. The LEGO Ultimate Collector’s Series Millennium Falcon, however, isn’t just another regular LEGO set, as it very well may be one of the most lust-worthy playsets ever to be made.

The largest official LEGO set in history, the toy comes with 7,541 pieces, making it one of the most complex construction toys you’re likely to come across. To put that in context, LEGO’s stunning Millennium Falcon set from 2011 only had 1237 pieces – and we remember gushing after seeing that one, so this is quite the special release. 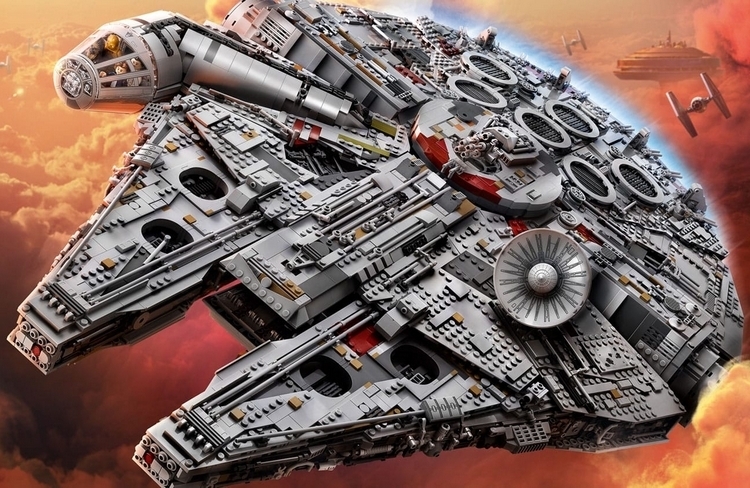 When assembled, the LEGO Ultimate Collector’s Series Millennium Falcon measures 8 x 12 inches (length x width), making for a truly massive toy that will become an instant centerpiece on any display shelf. This might very well be the most detailed set ever made, with a hull that just blows you away with the amount of elements you will find littered across it, from the quad laser cannons and seven landing legs to the hidden blaster cannon and removable hull plates that reveal different sections of the ship’s interior.

As is the norm for toys in the Ultimate Collector’s Series, LEGO went above and beyond to recreate the ship in a highly-accurate manner, as you can literally put this side by side with a still from the film and recognize a lot of painstakingly recreated details. So much so that it comes with two swappable sensor dishes to match either the one from the original trilogy or the version from The Force Awakens. 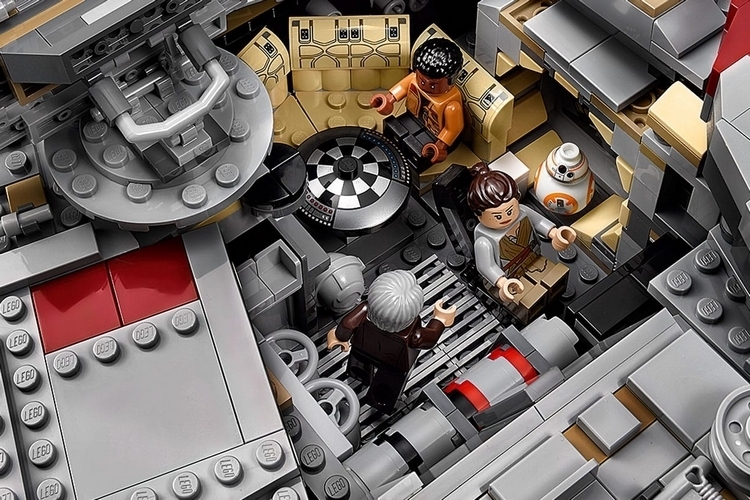 The LEGO Ultimate Collector’s Series Millennium Falcon’s cockpit is equipped with seating for up to four minifigures, while the main hold comes fitted with seats, a Dejarik holograph, and an engineering station. There’s also a rear compartment for monitoring the hyperdrive from the console, as well as a hidden floor compartment, two escape hatches, and an access ladder to the gunnery station. Heck, there’s even a detachable hull panel with a rotating quad laser cannon, so this is one insane creation. 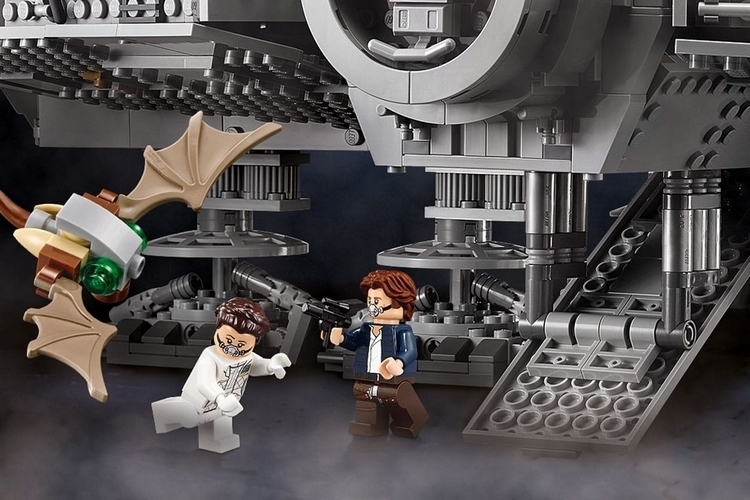 Since the ship is designed to serve as either the one from the original trilogy or The Force Awakens version, it comes with ten minifigs that represent the crew from both variants. That includes Chewbacca, Princess Leia, C-3PO, Rey, Finn, a pre-made BB-8 figure, a mynock and a porg. And, yes, they have two Han Solos to represent both the younger and older versions of the franchise’s famed smuggler. As a bonus, both the Princess Leia and the young Han Solo can spin their heads to offer a variant look for those times you want to recreate some scenes from Empire Strikes Back.

The LEGO Ultimate Collector’s Series Millennium Falcon will be available starting October 1st, priced at $800. Despite that price, there’s very little chance this thing won’t sell out as soon as it drops, so if you’re thinking about getting it, best move as soon as you can.