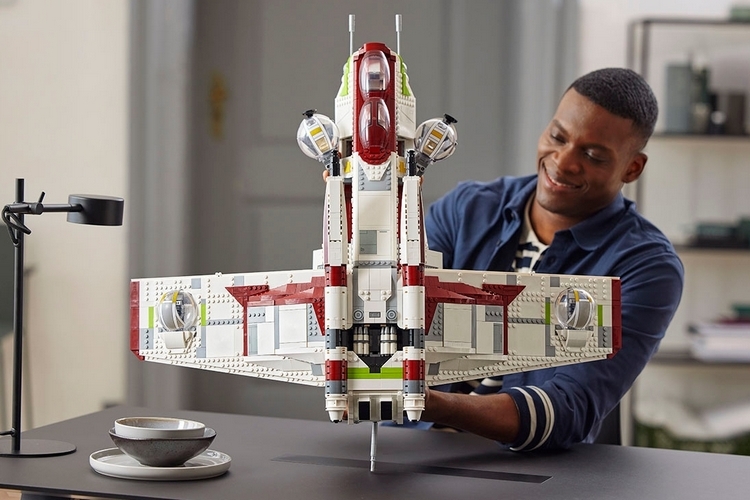 The Battle of Geonosis saw a group of Jedi fight their way through an unending horde of the Separatist’s battle droid army. While they battled bravely and found small victories, the sheer number of the attacking droids left them overwhelmed, with no recourse other than surrender or certain death. Until, that is, a swarm of Republic Gunships showed up, bringing a regiment of clone troopers that held off the droids until the remaining Jedi can board and escape. Now, you can save the day, too, with the LEGO Star Wars Republic Gunship.

The newest set in the Ultimate Collectors Series, the model joins other intricate LEGO recreations of Star Wars vehicles, such as the massive Millenium Falcon and the impressively detailed Y-Wing Starfighter. And it’s a big one, coming in at 27 x 13 inches (length x height) with a 29-inch wingspan, making for the kind of model that will make a substantial presence on any display shelf. Provided, of course, you have a shelf that can actually fit it. 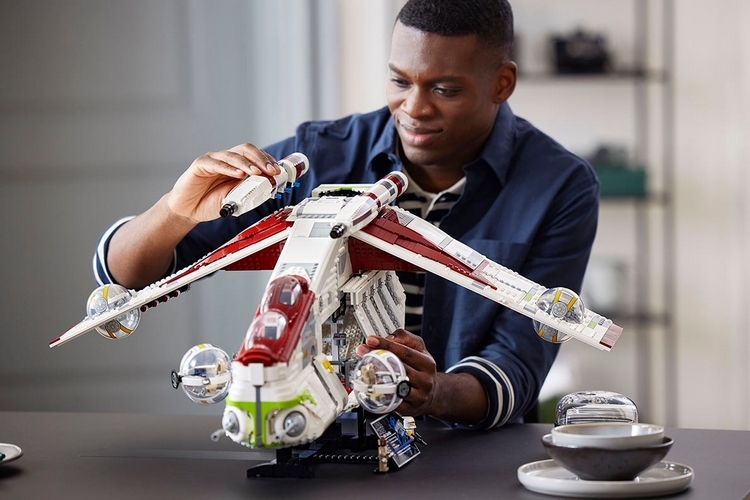 The LEGO Star Wars Republic Gunship is a detailed reproduction of the Low Altitude Assault Transport (LAAT) vehicle that made its surprise debut to save the day in the 2002 Star Wars film, Attack of the Clones. Just as the ship became an instant fan favorite as soon as it showed up in that movie, this LEGO model is certain to sway hearts and minds the moment people lay their eyes on it, with its sheer size, incredible detail, and faithful recreation of the vehicle from Episode II.

Those details, by the way, include most of the armament found in the movie gunship, such as laser cannons and blaster turrets, as well as those bubble cockpits and fancy gunner stations on the front aft and wings (the latter, presumably, for launching air-to-air rockets). While designed as a build-and-display model, they did incorporate some moving parts into the build, too, such as bay doors and cockpit bubbles that open and close, turrets that swing out, and cannons that move back-and-forth just like they did during the Geonosis encounter. 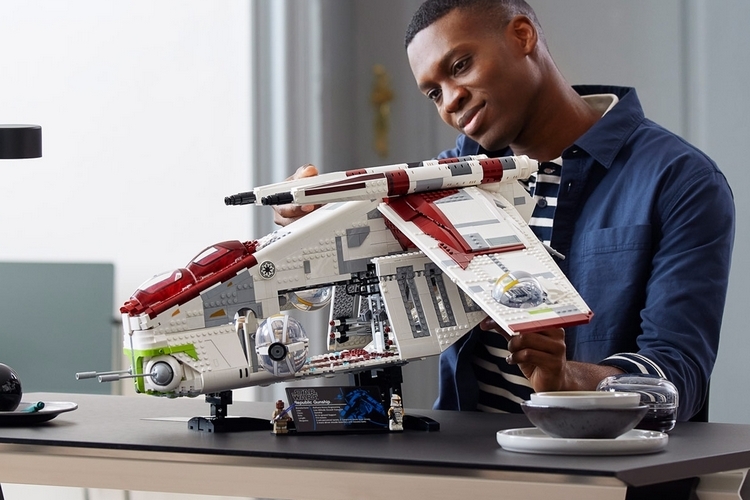 The LEGO Star Wars Republic Gunship has a huge passenger compartment, so you can fit a veritable battalion of clone troopers inside. Problem is, it only includes a single clone trooper minifigure, so you’ll have to load it with other minifigs (you’re obviously not buying multiple gunship sets just to get more clone troopers) if you want to take the gunship to battle. Aside from the clone trooper, it also includes a minifig of Jedi Master Mace Windu, who’s armed with his own lightsaber. 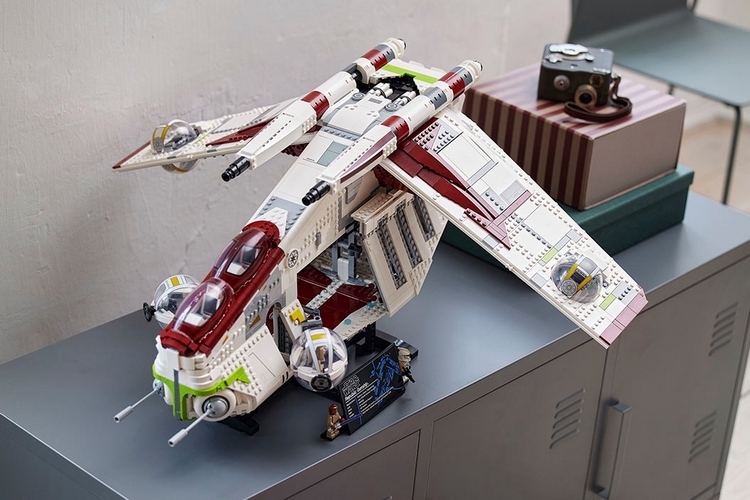 The set comes with 3,292 pieces, so while it’s not as complicated as the 7,000-piece Millenium Falcon, it should be challenging enough to keep you snapping bricks together for a couple of weekends or more. Yeah, you’re not going to build this thing in one sitting, but getting a huge gunship at the end should make all the time you sink into putting it together worthwhile.