Lekue Turns Your Microwave Into A Better Rice Cooker 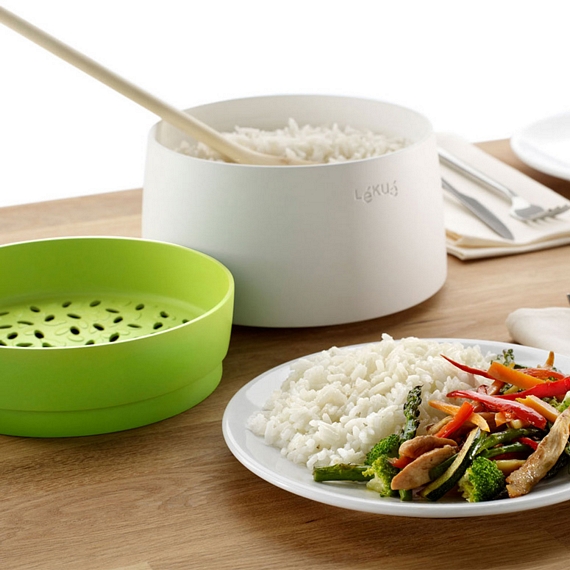 Many people say the stovetop is the heart of the kitchen.  That might be true — if you’re a serious cook who makes serious meals every day of the week.  For many of us, there’s no doubt the microwave is the true be-all and end-all of our kitchen lives.  Why?  Because a good microwave oven can do everything — they make popcorn, they bake chips, they cook pasta, and so on (like we said, awesome).  The Lekue Microwave Rice and Grain Cooker extends the overreaching kitchen appliance’s latent abilities even further.

That’s right, instead of buying a separate rice cooker, you can now perform all your rice steaming straight from a microwave.  That’s one less thing to take space in your crowded kitchen top, one less thing to clean, and one more reason to honor the microwave as the greatest kitchen appliance ever created. 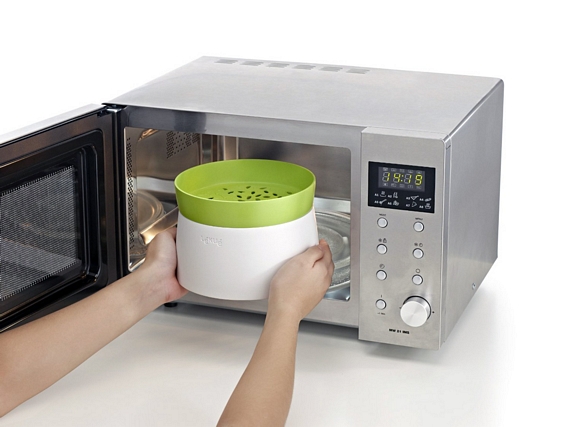 The Lekue Microwave Rice and Grain Cooker is a silicone container that looks like any regular Tupperware vessel for holding food.  Except it isn’t.  Instead, it becomes a full-fledged rice cooker when paired with a microwave, allowing you to steam rice as conveniently as a regular rice cooker.  Just put your rice in the container, add tap water, and leave it in to cook, then come back later once everything’s done.  Even better, there’s no need to transfer the rice for serving — you can use the same container to eat out of.  Aside from rice, it can also cook other grains, including barley, oats, couscous and more.  It’s pretty neat. 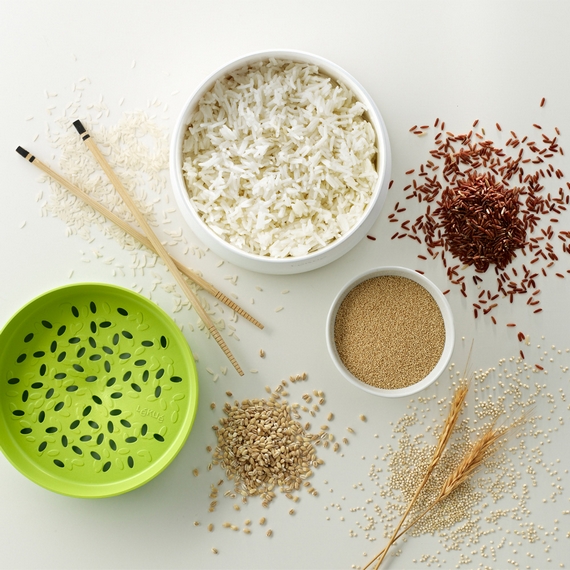 Amazon has the Lekue Microwave Rice And Grain Cooker available, priced at $34.99.