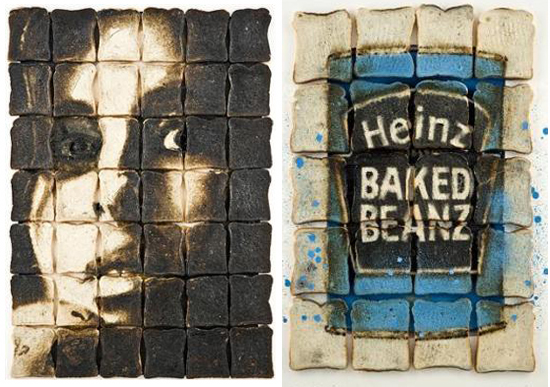 I once saw Jesus on a slice of toasted bread, I swear. We called it the Miracle of Monday Morning After, because it happened my first night home after a severe case of alcohol poisoning. Artist Lennie Payne’s toasted bread portraits are a little more deliberate than my accidental religious imprint and it’s also about 10,000 times more dazzling.

The British-based artist first started drawing on toast as a way to entertain his daughter at home. Eventually, though, the in-home activity evolved into a full-time medium, becoming the platform for his intricate portraits of celebrity figures and pop culture objects. 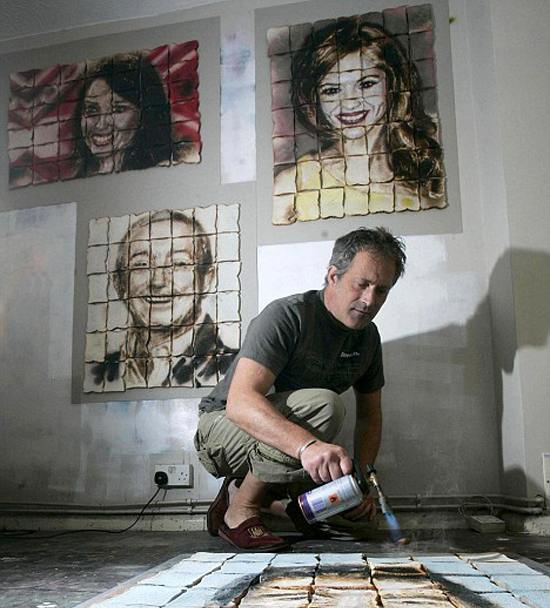 Unlike the single piece portrait I accidentally fashioned on the toaster, Payne’s pieces consist of large-sized renditions, consisting of grids of individual slices of toast. Since you can’t exactly command a kitchen appliance to burn eyes, mouth or jaws on a piece of bread, he creates the impressions by using a handheld blow torch, then carefully scalping the burnt surfaces to achieve varying shades. Once the piece is done, the bread is then lacquered and resin-soaked for longevity. 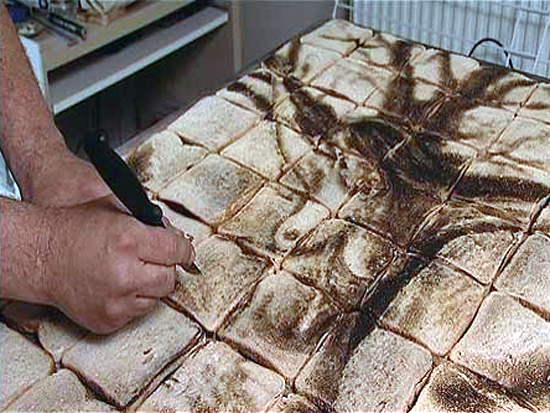 The portraits vary in kind, from pop icons such as Amy Winehouse and Simon Cowell to political figures like Barack Obama. You can check out the artist’s site to see more of the creations or visit one of his shows (check the site for schedules).