Ideacentre Stick 300: Yes, Lenovo Wants To Turn Your TV Into A PC, Too 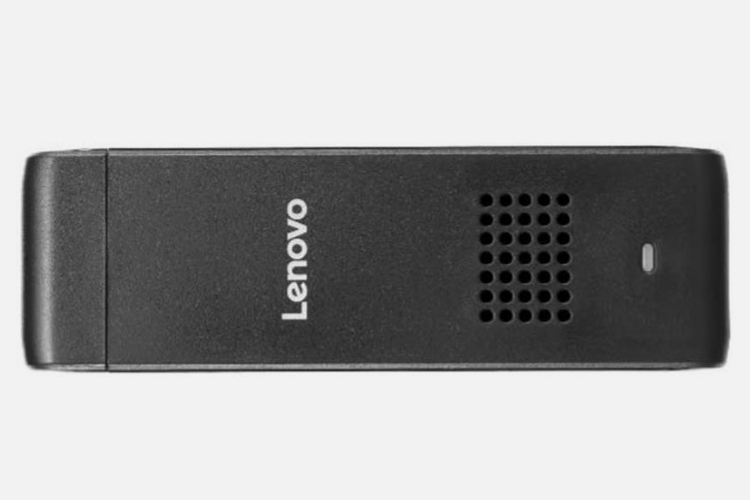 Intel’s Compute Stick didn’t exactly light the world on fire, but, apparently, the world’s number one PC maker thinks there’s a real market for PCs on a stick. As such, Lenovo has announced the Ideacentre Stick 300, an HDMI dongle that houses a full-fledged Windows computer.

Like other products in the category, you simply plug it into an empty HDMI port on any TV or monitor to turn it into a desktop PC. Like those same products, it doesn’t pack particularly powerful hardware, but should have enough to bring casual gaming, web browsing, and endless YouTube cat videos to the living room TV. Hey, if it runs cat videos, it’s fine with me.

The Lenovo Ideacentre Stick 300 measures just 3.94 x 1.5 x 0.59 inches (l x w x d), making it as easy to transport as a USB dongle, so you can take it anywhere with a TV around for instant access to a Windows computer. It’s powered by a 1.8 GHz quad-core Intel Atom system-on-a-chip, with 2GB of memory and 32GB of storage. If you’re familiar with the Intel Compute Stick, those specs are, pretty much, identical, so expect this to deliver the same less-than-powerful performance. Both Bluetooth and WiFi are onboard, so you can hook it up to your home network and pair it with peripherals, like any PC. It runs Windows 8.1, but is eligible for a free upgrade to Windows 10 as soon as it’s available at the end of next month.

Available starting July, the Lenovo Ideacentre Stick 300 is priced at $129.