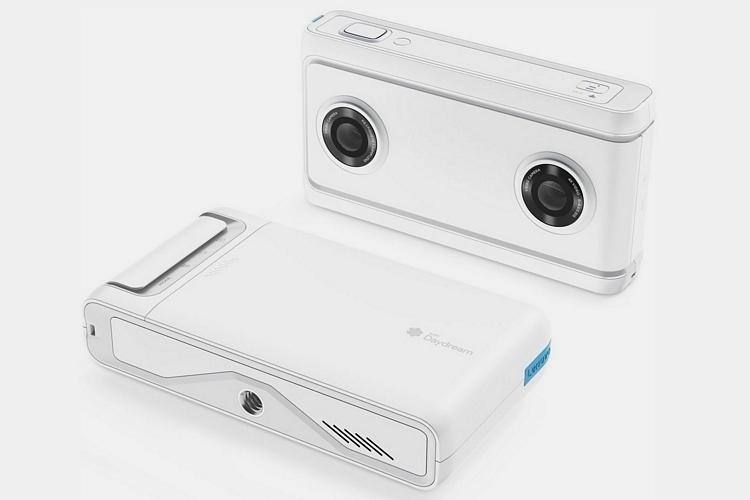 If VR is going to become as huge as some people are anticipating, it’s going to need a lot of content. And while professional outfits have been slowly cranking out stuff for the platform, VR content creation will need to be democratized – that is, put it in the hands of as many people as possible. That’s what they’re hoping the Lenovo Mirage Camera can help do.

No, it’s not a 360-degree camera like most VR shooters. Instead, Lenovo is hoping to ease users into VR content creation by building a 180-degree point-and-shoot. That’s right, it captures only one side of a scene, ignoring the other 180-degrees behind it. According to the outfit, it’s to help avoid confusion among users, many of whom don’t quite get how 360-degree cameras work. This way, people can use the camera like any conventional shooter, facing the lenses exactly at the subject that they want to capture, all while coming up with material that’s usable in a VR environment (you can look around the 180-degree space). Basically, it’s a way to get people started on making VR content without requiring any additional effort. 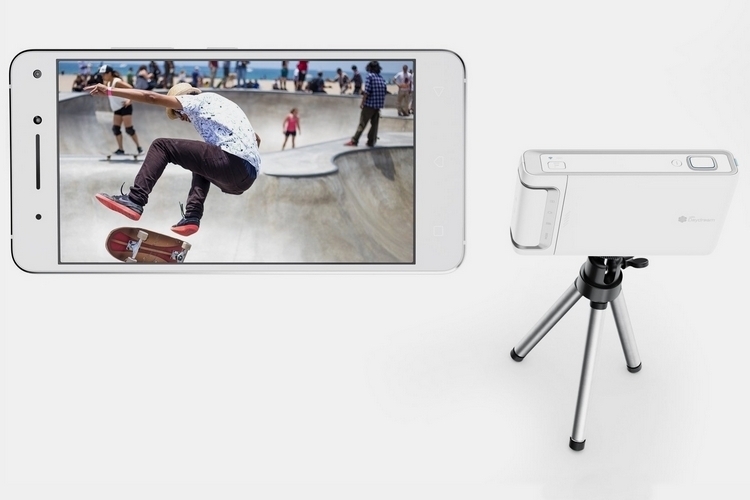 The Lenovo Mirage Camera comes with two 13-megapixel fisheye cameras sitting side-by-side out front, allowing it to capture a 180-degree VR footage. Like many 360-degree cameras, it captures video in 4K resolution, although the smaller field of view means images will look sharper than what you’ll normally get with consumer-grade stereoscopic cameras. Digital image stabilization should help ensure your footage is level and jitter-free, while three camera modes (photo, video, and live video streaming) keeps everything simple and straightforward.

It records videos in Google’s VR180 format, which was announced last year, allowing it to have native integration with YouTube and Google Photos. That way, you can livestream or upload your content straight to YouTube without any alterations necessary. This also means, the video can be watched using either a VR headset or a conventional screen, so your content isn’t relegated strictly to VR’s early adopters. 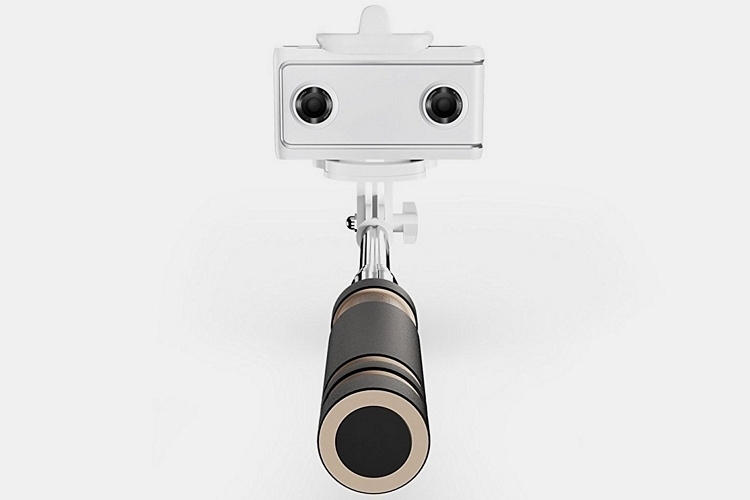 The Lenovo Mirage Camera comes with just three buttons: power, shutter, and function. The first one turns the camera on and off, the second starts recording, and the third switches between the three camera modes. There’s no onboard LCD, so you’ll have to use your phone as a viewfinder, with the camera streaming all footage over Wi-Fi to the VR180 app. It has 16GB of onboard storage, which isn’t a lot if you’re shooting 4K footage, so you’ll definitely want to wirelessly transfer everything either to your phone, a local storage, or your favorite cloud service. No word on how long a single charge of the battery can last, although they do bundle a pair of batteries in the set, so you can swap a fresh one when the other drains out. 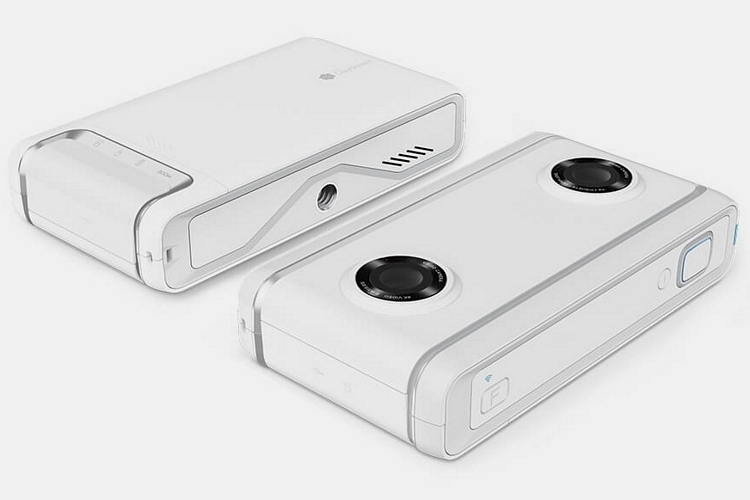 As for editing the footage, we’re not entirely sure what software titles currently support Google’s VR180 format, although we do know Adobe will supporting it on the Premiere Pro down the line. Hopefully, Lenovo (or, more importantly, Google) has a solution already available.

The Lenovo Mirage Camera is now available for preorder.