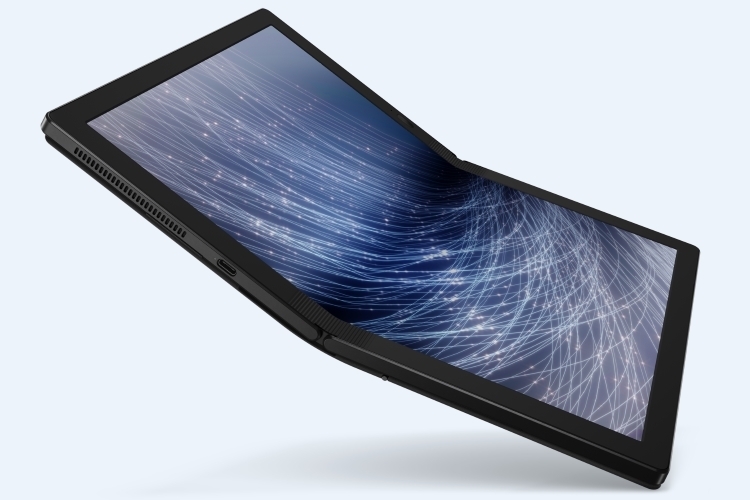 Foldable displays have never really tickled our fancy. Those we’ve seen in the past simply felt more like gimmicks than viable products you would actually use. The Lenovo ThinkPad X1 Fold, however, has us rethinking our stance, as this thing looks as well-designed as you can get.

Billed as “the world’s first foldable PC,” it’s a full-fledged Windows computer in a tablet form factor that just happens to have a foldable display, allowing you to cut the size in half when collapsing for easy portability. More importantly, though, it feels like a device that you’d actually want to use in place of a regular laptop, essentially making a winning case for foldable display panels. 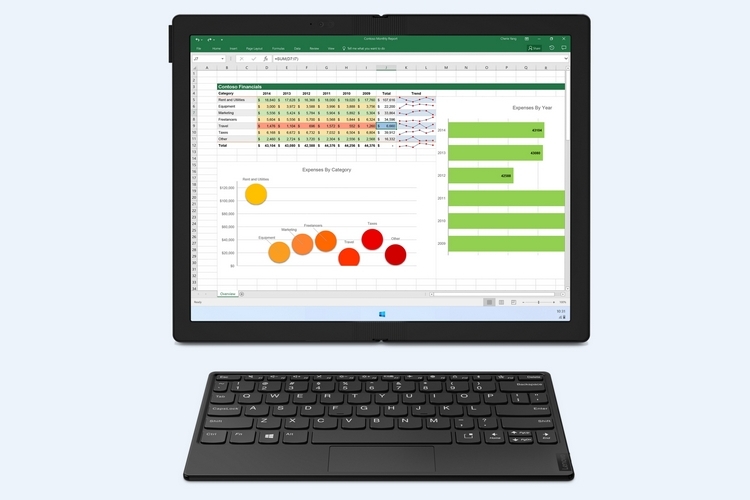 The Lenovo ThinkPad X1 Fold is, basically, a tablet with a 13.3-inch flexible plastic OLED touchscreen panel, sporting a 2048 x 1536 resolution. It can be used as a single 4:3 display when perched on the accompanying stand, which can hold it in both landscape and portrait orientation, while the user interacts using touch gestures and the accompanying slim Bluetooth keyboard. That keyboard, by the way, is designed to fit in the gap created when the whole thing is folded, so you don’t need an extra case in order to carry the peripheral. 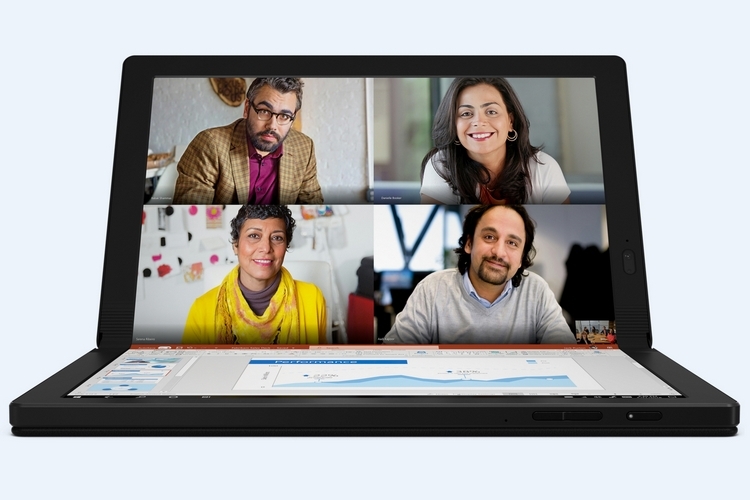 Alternatively, the whole thing can be slightly folded in the middle, where it turns into two separate displays, with the top panel standing at an angle and the bottom screen sitting flat on the desk surface. In this mode, you can have your word processor open at the top screen and the bottom screen serving as a virtual keyboard, as well as have an image displayed on the top screen while having an illustration app you’re sketching on open at the bottom. You can also use it in portrait orientation when folded, allowing you to have a tablet that opens like a book, so you can have your word processor on the left side and your research notes on the right. Basically, it allows for new ways of working on the road that a standard laptop setup wouldn’t have afforded you in the past. 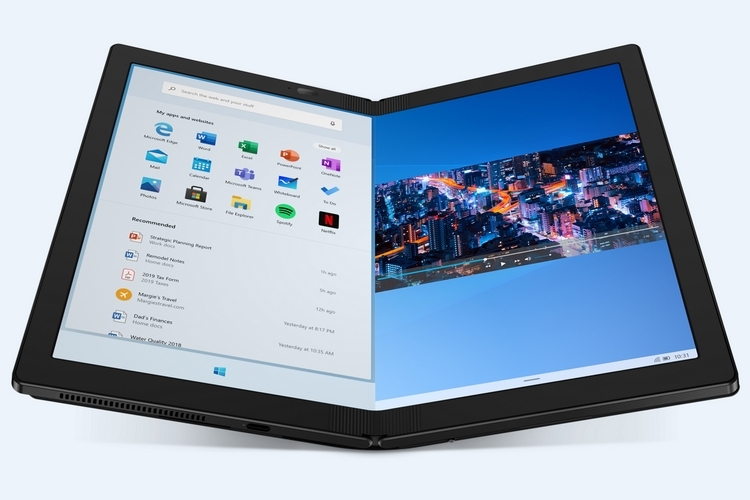 The Lenovo ThinkPad X1 Fold runs Windows 10 Pro, instead of the 10X that Microsoft is making (and hasn’t finished yet) for folding-screen and dual-screen devices. That means, Lenovo had to make their own software solution for the dual-screen setup, so we’re not sure how solid the experience is going to be, since the outfit isn’t exactly known for their stellar software. Suffice to say, you’ll probably want to wait for the reviews before shelling out your cash for this thing. 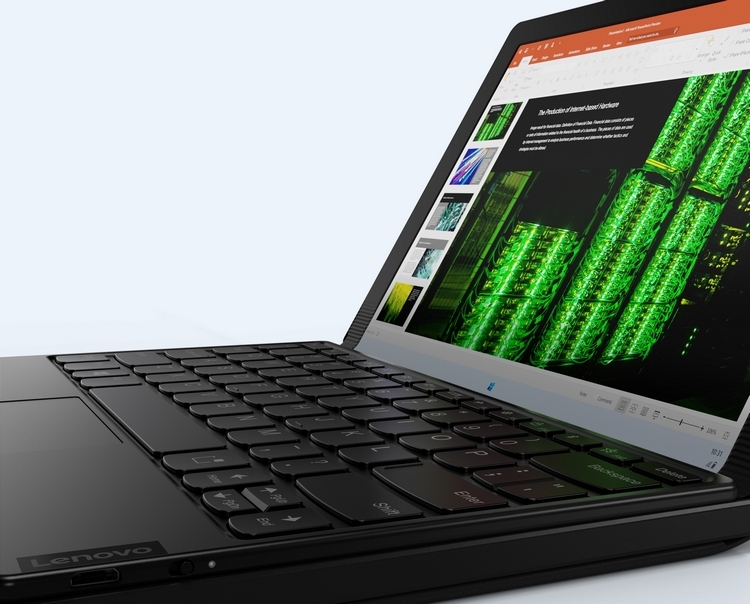 Not much information is available beyond the screen specs, although the folding PC also comes with a rated battery life of 11 hours, Dolby Audio integration (no word on speakers, though), Active Pen stylus, optional 5G connectivity, and a light weight of just 2.2 pounds. Aside from the stylus, keyboard, and stand as accessories, Lenovo is also offering an easel-like stand that perches it a few inches above the desk surface, making the whole thing feel like a small all-in-one PC.