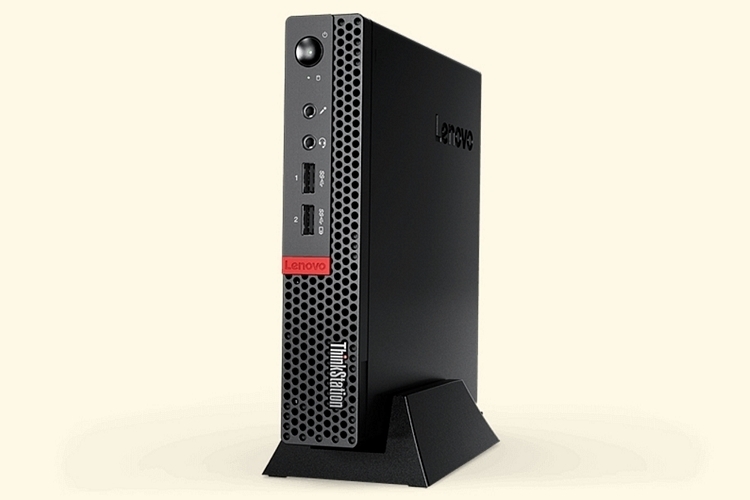 With smaller GPUs and processors, computers continue to become smaller than ever.  While laptops get ever thinner despite packing serious horsepower, desktops follow suit by being more compact than ever. Those same shrinking dimensions are front and center in Lenovo’s new ThinkStation P320 Tiny.

Designed for office use, the compact workstation can be set down flat on a desk or stood upright using the included stand, giving you options on how much surface space you want it to take up. Either one won’t take up all that much room, considering the machine’s compact dimensions of 7.1 x 7.1 x 1.4 inches (height x depth x width), so it’s hardly going to be a difficult decision. Oh yeah, it’s also small and light enough (it weighs just 2.9 pounds) that mounting behind the monitor is not out of the question, so you can tuck it away completely out of sight. 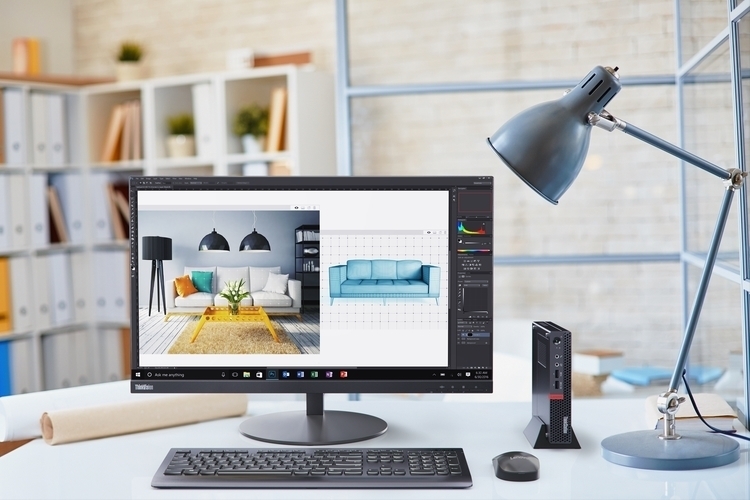 While small, the Lenovo ThinkStation P320 Tiny is no pushover. Inside the black enclosure, it houses an Intel Core i7-7700T Max CPU, a discreet Nvidia Quadro P600 GPU, up to 32GB of DDR4 RAM, and up to 2TB of SSD storage. While that won’t give you enough muscle to play AAA titles at maximum settings, the darn thing should let you plow through any 3D, CAD, and video-editing application without cracking under pressure. Simply put, the darn thing can handle whatever kind of work is required around the office, despite being the smallest ISV-certified workstation in the market.

As far as connections go, it comes with two USB 3.0 slots, a headphone jack, and a microphone jack out front, as well as four mini-DisplayPorts, two DisplayPorts, three USB 3.0 slots, an Ethernet port, a security lock slot, and a port for a WiFi antenna. That’s enough connections to hook up a single PC to half a dozen separate displays, allowing you to set up a six-monitor workstation. 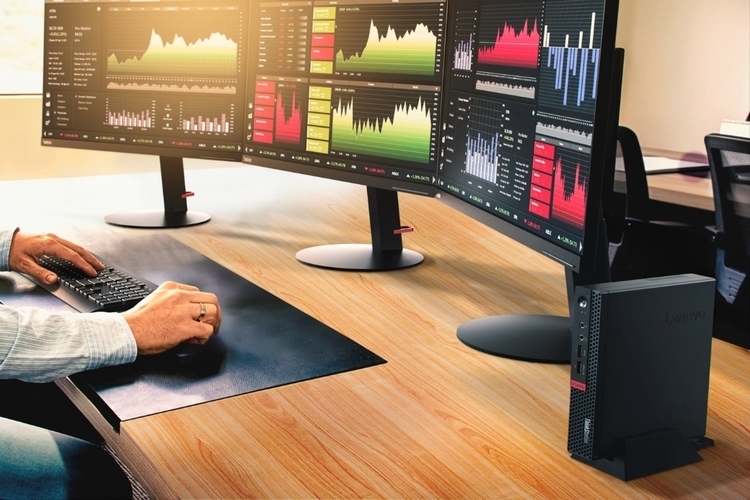 Like all desktops, the Lenovo ThinkStation P320 Tiny comes with a case that you can open for upgrades and maintenance. Unlike traditional cases, however, you can open it without using a screwdriver, as the bottom panel can be easily slid out for getting access to both memory and storage. Getting access to the GPU and the CPU, though, will require opening other sections of the case, so full maintenance is not completely tool-free.

We have no idea why, but despite being destined for office use, Lenovo has seen it fit to equip the computer with serious rugged credentials. As in, the darn thing has passed a dozen extreme military-stress tests on top of 200 rigorous quality checks. According to the outfit, it can endure everything from arctic temperatures, desert heat, and a whole load of physical abuse, so the darn thing will probably keep on running even after a T-virus infection brings down utter chaos to the office.

Available now, the Lenovo ThinkStation P320 Tiny is priced starting at $799. It’s also part of the outfit’s PC-as-a-service program, so offices can rent it instead of making an outright purchase.