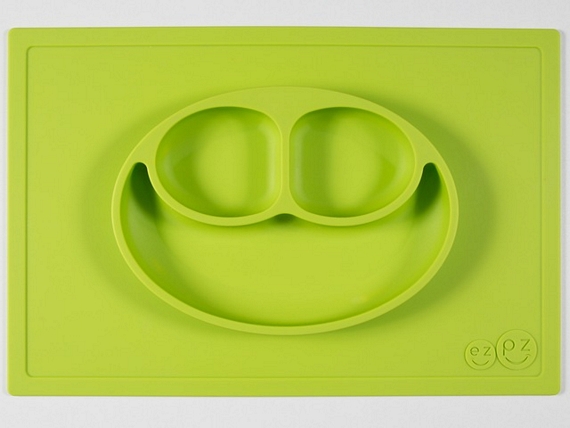 While the Less Mess Happy Mat won’t exactly eliminate the catastrophic mess that inevitably comes when you allow little children to handle their own utensils in the dining table, it can definitely prevent some of it from happening.  Emphasis on “some of it.”  And, yes, that’s good enough.

Overturned trays?  Not happening.  Pancake plates dragged towards the floor?  Not with this thing.  Knocked down glass of juice?  Well, yes.  Hey, we said “some of it.” 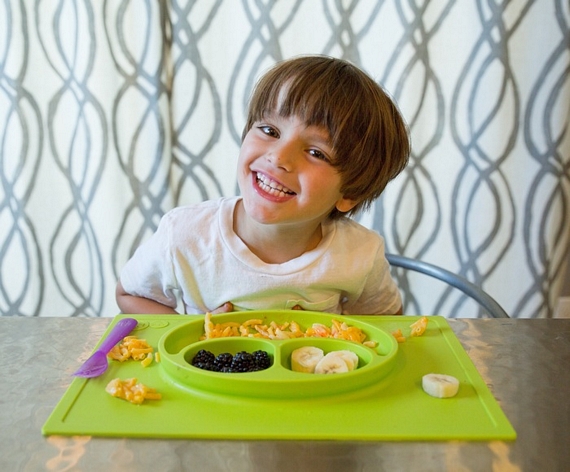 Designed by Lindsey Laurin, the Less Mess Happy Mat combines a placemat and a plate in a single contraption, so the plate never leaves the placemat, regardless of how your child is scooping food out of the plate.  Even better, the entire thing is constructed from food-safe silicone that automatically self-suctions itself to the table, so neither the plate nor the placemat can be knocked out of their place.  Until the children figure out they can forcefully peel it off and decide it’s fun to do that every night, none of the food on their plates should spill out of the table any time soon. 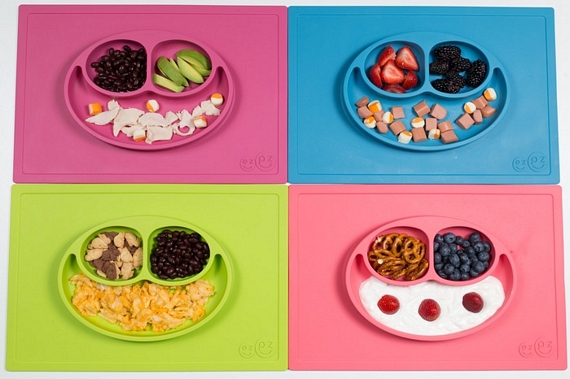 The placemat is large enough that it can catch most dropped food, with a raised outer lip to help keep the mess within its confines.  The plate itself is divided into three sections (made to look like a smiley face), so you can separate different food items for even less mess.  Do note, the plate edges aren’t that deep, so while they’re high enough to be able to contain cereal and a bit of milk, it probably won’t work for soups and more liquid dishes.   It’s also microwaveable and dishwasher-safe.

A Kickstarter campaign is currently running for the Less Mess Happy Mat.   Pledges to reserve a unit starts at $25.