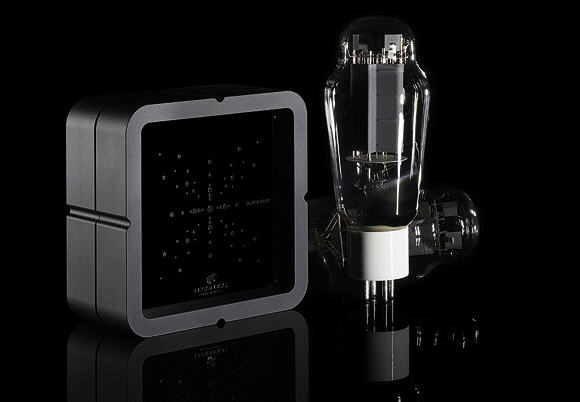 Want to add some magic to your audio setup?  Grab ahold of the LessLoss Blackbody, an insane-sounding block of electronics that claims to greatly enhance your gear’s playback quality “by addressing the interaction of your audio gear’s circuitry with ambient electromagnetic phenomena and modifying this interplay.”  I know, I don’t think I’ve met anyone who can understand that either.

Simply put the device near your audio system and it’s supposed to automatically work its improvement on the resulting sound.  Like magic.  Of course, they have pages upon pages of explanation, all of which just go over my elementary-level Physics brain. 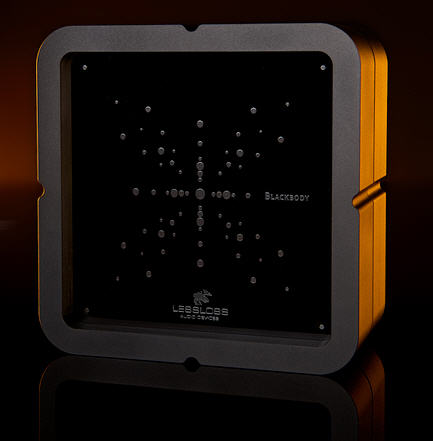 Described as a “high-tech audio accessory,” the matte-black-skinned Blackbody claims to penetrate all sorts of barriers (metal, plastic, wood, and everything else in between), managing to “beam” its invisible operation upon your audio electronics.  It should be situated between 15 to 40 cm away from the setup you’re hoping to influence for best results.

LessLoss points towards quantum electrodynamics, photon emissions and electromagnetic fields to detail the device’s operation, referencing the works of Richard Feynman, among others.  Hey, I’m no physicist, but the explanation really sounds like a load of bull.  Of course, the proof is in the pudding.  If this thing really improves audio output noticeably for some audiophile out there, then I’ll stop laughing.

What kind of improvements should you expect?  According to the company, percussive strikes will sound cleaner and more comprehensible, age and maturity of tone will be easily discerned and the “smile’s quality” in the voice of the singer will be more noticeable.  Any audiophiles in the audience who want to chip in about what those things mean will be greatly appreciated.

The LessLoss Blackbody costs $959, which sounds a little too much for something they can’t explain in understandable terms.  Do note that the company recommends buying three for best results and that you probably gotta believe in magic in order for it to work.  Anyone care to try?