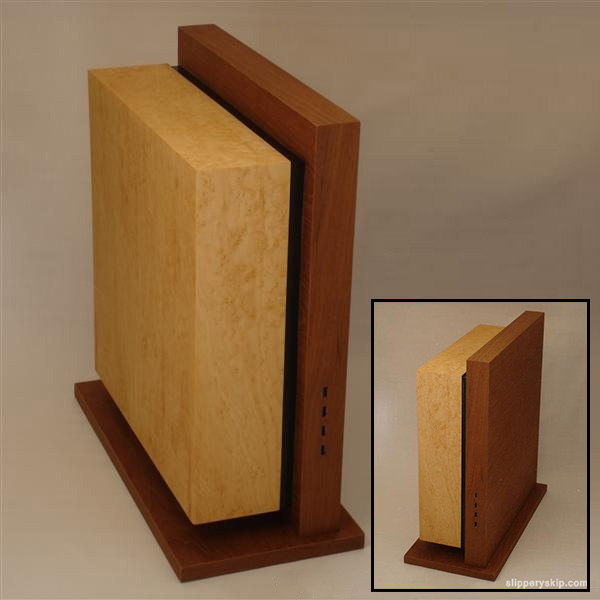 When people say “minimalist,” I usually expect less work to go into something, rather than more.  That makes sense, right?  With my objection to the use of the word firmly stated, this so-called “minimalist-styled” Level Twelve computer case looks fantastic.

Created by PC modder Jeffrey Stephenson, the case has a body decked entirely in wood, making it look like a fancy tabletop decoration than an actual PC system.  It’s made up of two parts: a bird’s eye maple box that houses the primary machine and a teak stand that also doubles as accessory support for the main computer. 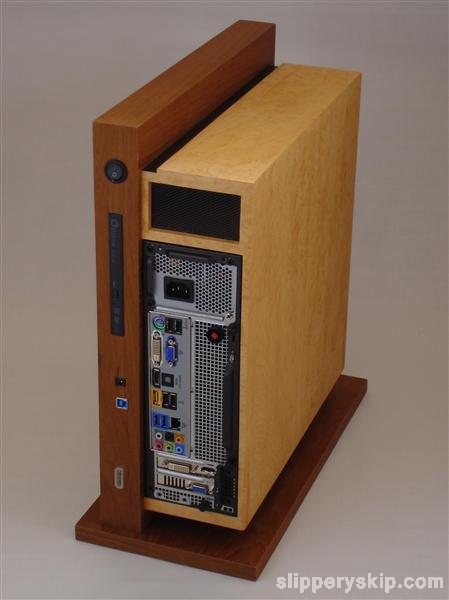 The Level Twelve’s main box actually houses a Lenovo H320 desktop case with the ports accessible in the rear of the wooden creation.  Specs for the onboard machine include a mini-ITX motherboard, an Intel Core i7 CPU, a Scythe Shuriken cooler, a 256GB SSD, 8GB of RAM and a 350W power supply.  It has a modified ventilation system that employs a large inlet duct located at the bottom (which is why it’s raised from the platform).

The teak stand, on the other hand, does more than look good while holding the bird’s eye maple enclosure.  It’s also a self-powered USB peripheral system that can be used independently of the computer (i.e. you can turn it on to charge gadgets via USB without turning the PC on).  It houses a 2TB hard disk, a DVD writer and four USB 3.0 ports, all connected to the computer through a hidden USB cable.

Jeffrey’s Level Twelve PC case is one of the entries at the ongoing Lenovo/Intel Mod Building Contest (which explains the Lenovo case under the wooden box).  You can check out the creator’s website and follow the link there to vote for the mod.