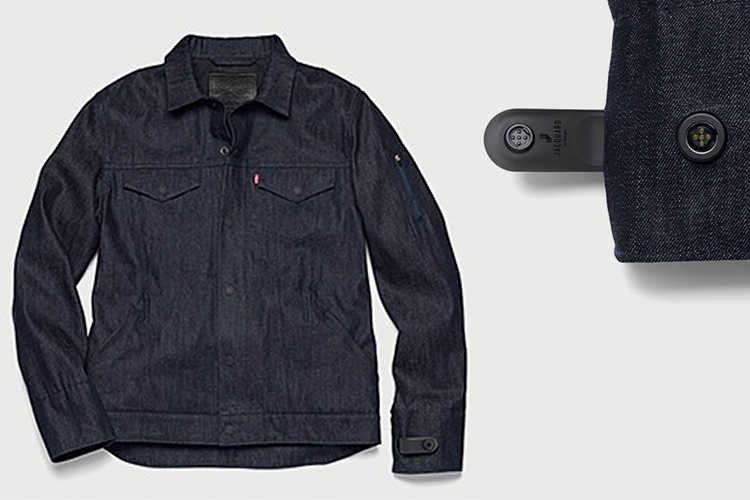 The Levi’s Commuter x Jacquard by Google Trucker Jacket may look like any of the outfit’s denim cycling jackets. Except, it’s actually the showcase product for Google’s new Project Jacquard, a touch-sensitive fabric that can serve as an electronic interface for mobile devices.

Armed with Jacquard technology on the left wrist, the jacket can be used to interact with your phone, allowing you to receive calls, answer navigation, and control music playback by simply touching that area of the garment. It’s quite a powerful interface, too, with the ability to sense contact, proximity, and pressure, providing plenty of ways to interact with any paired devices. 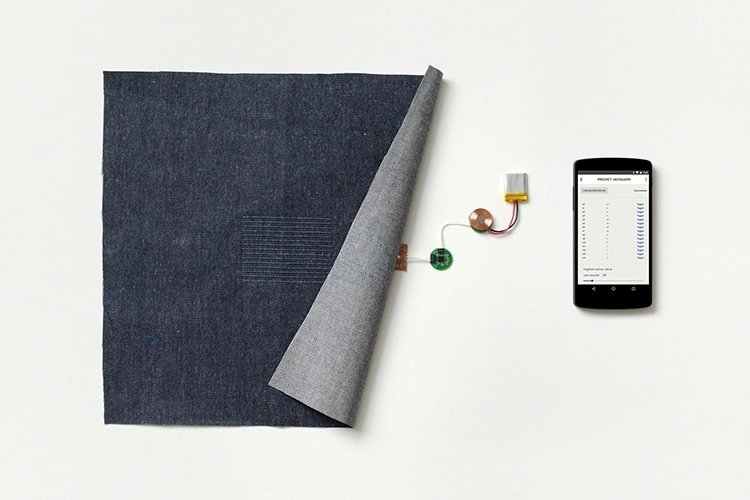 The Levi’s Commuter x Jacquard by Google Trucker Jacket combines a button with integrated electronics, a small plastic enclosure that snaps onto the button, and conductive yarns on the left wrist area, enabling it to both receive input and provide notifications. Taps and swipes are done right on the fabric itself, so you should be able to perform actions without looking, while the plastic enclosure houses both a LED light and a haptic motor, allowing it to provide LED and vibration alerts for calls and other important events. 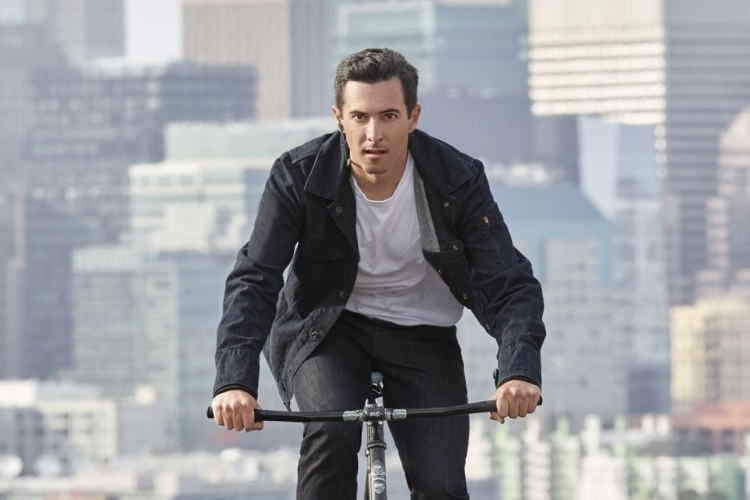 It comes with an onboard battery (we’re not sure where, though), which will require recharging every couple of days (yes, there’s a microUSB port in there somewhere). Unlike many garments that integrate electronics, you won’t have to remove any of them during washing, as the whole thing can be thrown in with the rest of your laundry like any normal jacket.

No pricing yet, but the Levi’s Commuter x Jacquard by Google Trucker Jacket will come out in the spring of 2017.