Lexus Brings Their Design Language To Boats With This Performance Yacht 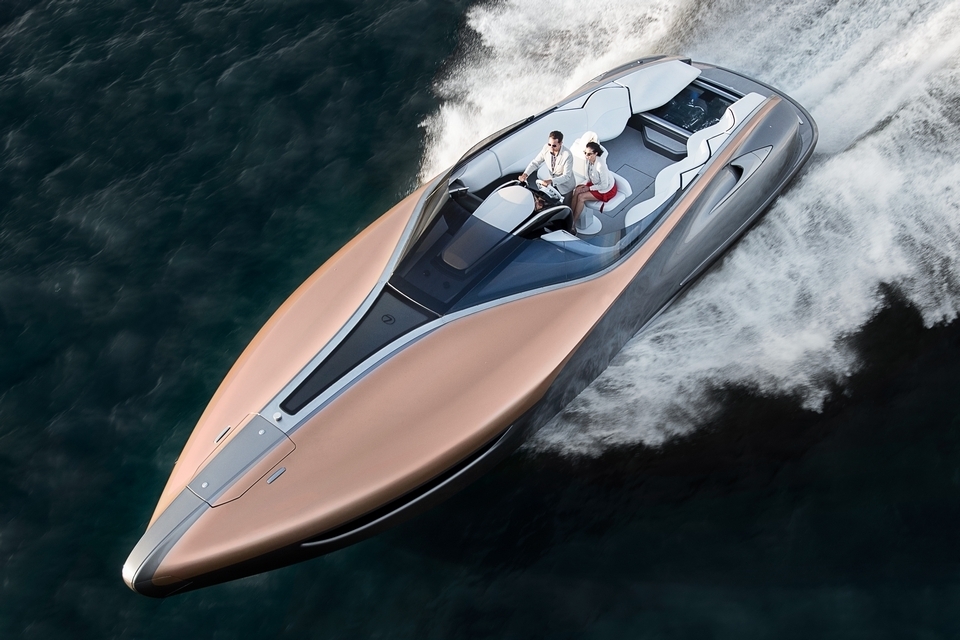 Why would a luxury automaker build a yacht? We’re not entirely sure. If you’re a fan of the design language and aesthetics of Lexus’ cars, however, you’ll definitely find yourself admiring the Lexus Sport Yacht Concept.

Described as “a stylish premium performance yacht to complement the Lexus lifestyle,” the boat translates the Japanese outfit’s design language into a seafaring vessel, all while repurposing many of the technologies in their cars. Simply put, it’s every bit a Lexus – just rigged to ride in the open seas instead of the city roads. 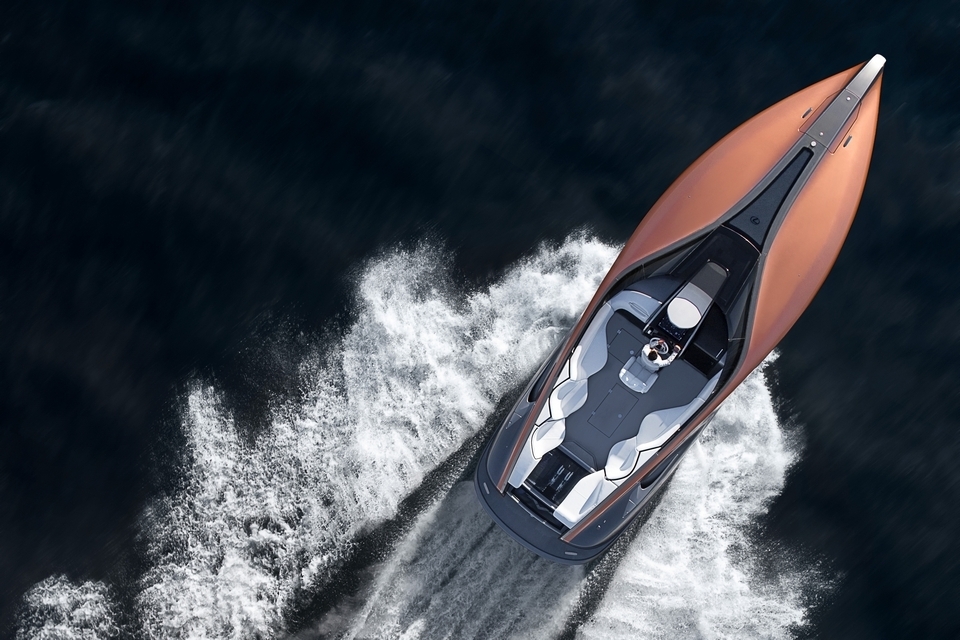 The Lexus Sport Yacht Concept is a 42-foot sea vessel with a well-appointed deck, cabin, and galley designed to accommodate up to eight people in luxurious fashion. It’s powered by a seafaring version of the 2UR-GSE V8 found in some of their cars – two of them, in fact, putting out a combined 880 horsepower to send it cruising at satisfying speeds of up to 43 knots. In the bridge, it pairs traditional control mechanisms with a pair of color touchscreens for monitoring navigation data, sonar, and a variety of charts, along with controlling the lighting and entertainment systems. 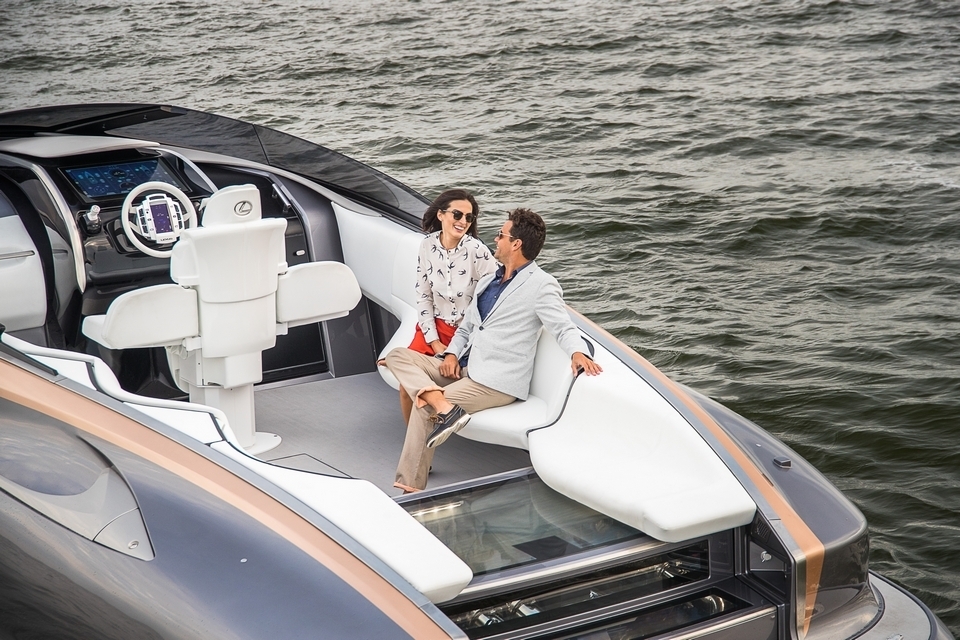 Features include a power-adjustable captain’s seat, seating for six in the leather-covered passenger cabin, a fully-networked AV entertainment system, and full air-conditioning. The galley, by the way, comes with a two-burner stove, sink, a fridge, and even a shower, so you can live in this for those nights the wife kicks you out.

No word yet on any production plans for the Lexus Sport Yacht Concept, but you can learn more from the link below.