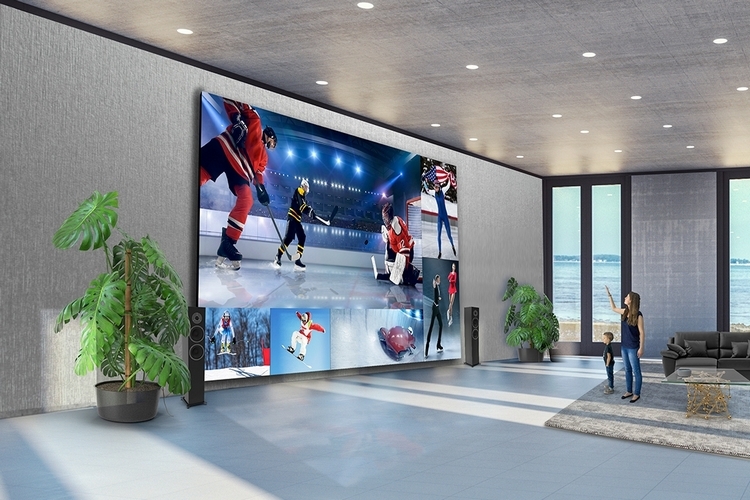 If you own a big home with a very big living room, it doesn’t make sense to get modest when it comes to outfitting it with a new TV. Yes, if you’re going to big with your house, may as well go big with everything you put in it and it will rarely get bigger than the LG 8K DVLED Extreme Home Cinema Display.

LG’s answer to Samsung’s wall-sized TV, it gives you a gigantic 325-inch display that can show movies, TV shows, and your 8K camera home videos in full 8K resolution. That thing is so big it probably won’t fit in most people’s living rooms and home theaters (we mean, it dwarfs this 165-inch panel), requiring you to have a really large open space that’s both tall and wide in order to accommodate one. 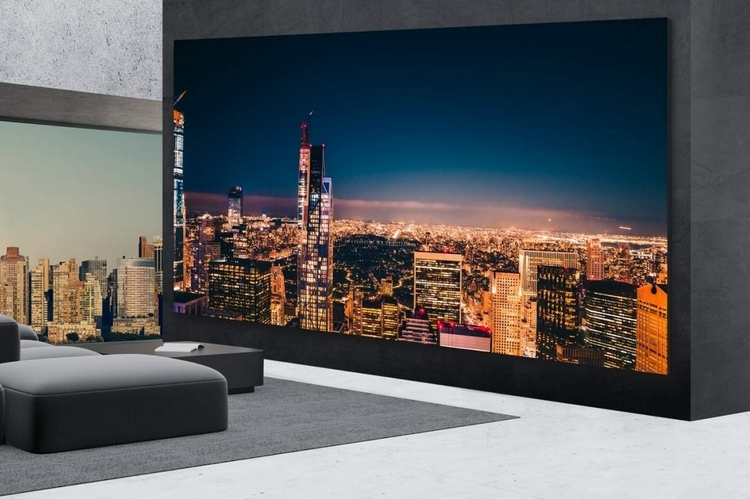 The LG 8K DVLED Extreme Home Cinema Display isn’t about keeping things lightweight or ultra-thin like you’ve probably noticed LG doing with their OLED TVs. Instead, it’s all about giving you a massive viewing panel that will make watching theatrical releases in your home feel the same way it does on an AMC theater, size and weight be damned.  As such, the 325-inch panel measures a whopping 23.6 x 13.3 feet (width x height) and weighs 2,222 pounds, so if you’re ever sitting in front of it when it falls forward after an earthquake, you’re probably going to die (or, at the least, send you to the hospital with a serious injury).

While 8K content isn’t really something you can easily get these days, we’re guessing it uses an upscaling tech that will make those lower-res programming look stellar in an even sharper panel. It has a conventional 16:9 aspect ratio, by the way, so you can still enjoy the same shows and movies the way they were meant to be viewing. According to the outfit, it uses micro-LED technology, where each LED serves as an individual pixel, allowing the panel to offer contrast and black levels that rival those on OLED TVs, while delivering precise lighting control and vibrant colors at every angle. 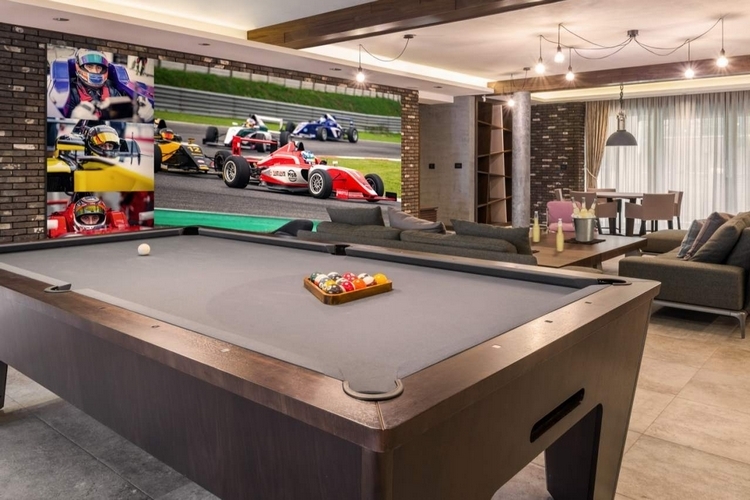 The LG 8K DVLED Extreme Home Cinema Display includes installation, training, and customer support by an LG engineer, complete with an on-site system health check twice a year for the first three years. So yeah… this isn’t a simple TV that you unpack, mount, and enjoy until something better comes along. It also ships in an ATA flight case, so you have an easy way of transporting it when you need to move to an even bigger mansion. Or something. 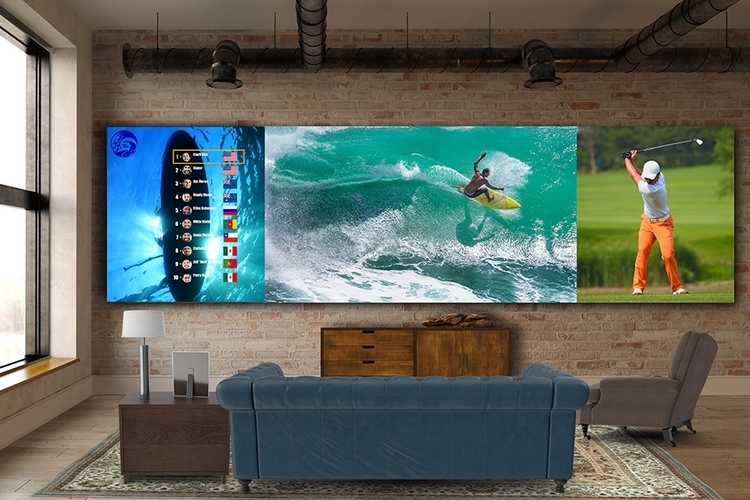 Aside from the 325-inch 8K monstrosity, LG is also offering the same TV tech in more modest packages. By modest, by the way, we mean they’re still absurdly big, just a tad smaller. At the low end are a series of 2K displays from 81 inches to 196 inches in either 16:9 or 32:9 aspect ratios, followed by 4K displays from 163 inches to 393 inches in the same single 16:9 or dual stretch aspect ratios.