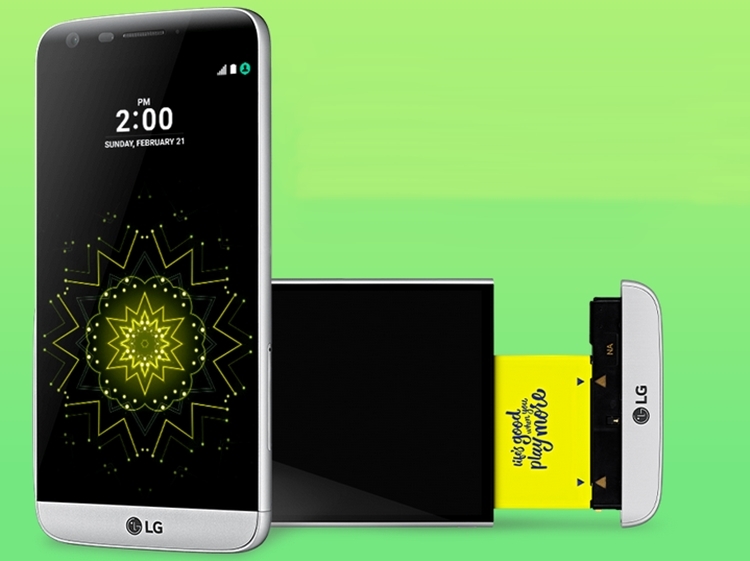 Since the G2, LG has made some of the finest flagship smartphones to ever grace the mobile market. Problem is, the darn things still aren’t pushing anywhere near Apple’s or Samsung’s numbers. That’s why, for the LG G5, the outfit is going beyond the usual feature set, coming with a modular design that lets you give the handset entirely new components.

No, it’s not quite the kind of modular design that will let you swap in a wide array of features on a whim. Instead, it comes with a detachable bottom that lets you swap in a new 2,800mAh battery when the current one is down to its last drops of juice, with a replacement bottom that allows it to double as a camera grip (with a two-stage shutter button), while adding a second battery that sits outside the phone. A slide-in interface allows you to attach new modules to the inside part of the base. For now, LG only has one available, a B&O-designed hi-fi DAC module, although more will likely come down the line.

The LG G5 has a 5.3-inch IPS Quantum display that stays perpetually on, providing time, date, and important notifications while the phone stays in sleep mode, draining the battery by a mere 0.8 percent an hour. Features include two cameras in the back (a 16 megapixel sensor and a 135-degree 8 megapixel sensor), an 8 megapixel camera out front, 32GB of RAM, Snapdragon 820 processor with Adreno GPU, and 4GB of RAM.

Slated for availability in April, the LG G5 is priced at $700.