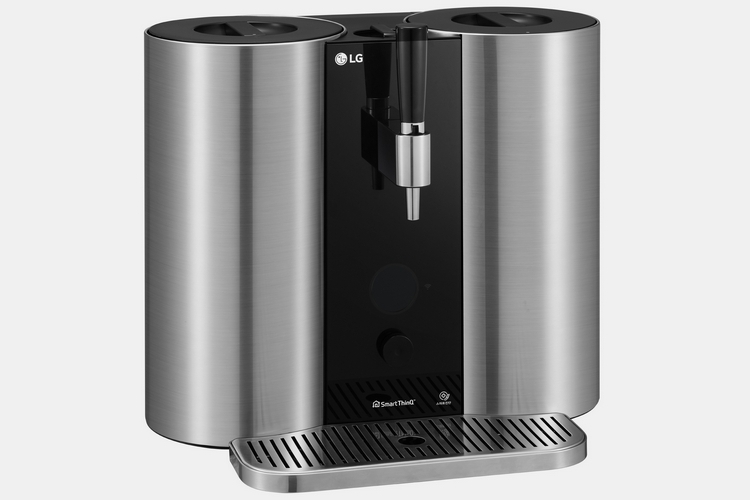 In the last few years, we’ve seen companies innovate on beer brewing appliances, taking it from complicated basement setups to modern rigs that fit right into the kitchen countertop. So far, though, we haven’t seen any of the large companies that make kitchen appliances enter the space. Until now, that is, with the LG Homebrew.

That’s right, LG is now entering a market dominated by small names like PicoBrew and Hopii, giving the space a popular brand that could really help take the niche activity mainstream. And they’re looking to do it by optimizing the process to be as simple as working with one of those single-serve coffee machines, requiring you to do nothing but load a capsule, press a button, and wait for your suds to be ready. 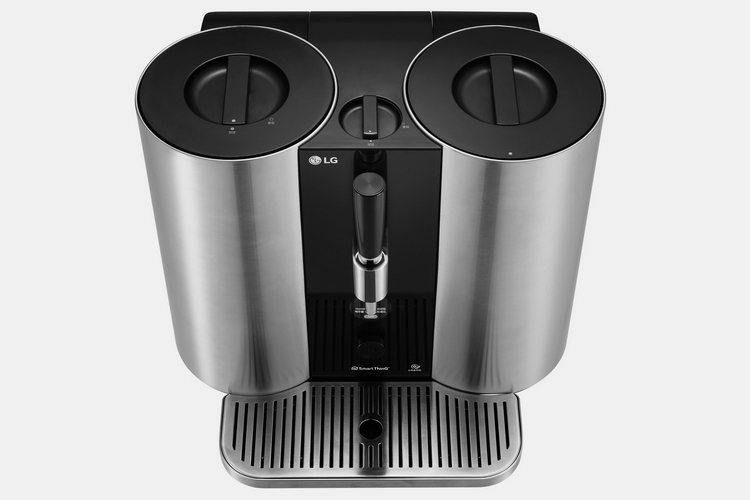 The LG Homebrew handles every step of the beer brewing cycle, from fermentation to aging to carbonation, doing so with no need for human intervention, so there’s no need to check on how your batch is doing at any point. Seriously, all you do is you press one button and it tells you when the beer is ready to drink. The machine looks dead simple, too – way simpler, in fact, than any of the countertop brewers we’ve seen from PicoBrew, which makes me wonder if you’re supposed to attach this to something else that’s meant to be placed on the floor or if it’s big enough that they’ve managed to cram everything it needs on there.

Each of the single-use capsules contain all the necessary ingredients for a specific type of beer, including malt, yeast, hop oil, and different types of flavoring, all while holding enough of it to make up to five liters of delicious suds. That means, there’s no need to shop for your own malt, hops, and whatever else goes into making a batch of beer, further simplifying the beer-making process into something anyone can partake in. 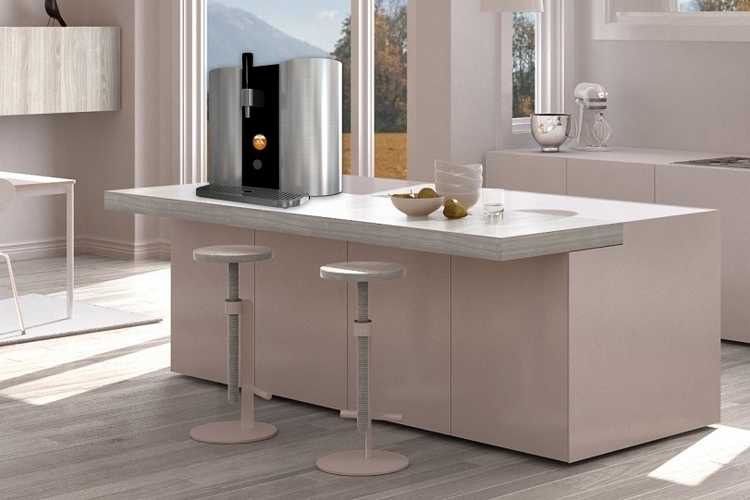 The LG Homebrew comes pre-programmed with optimized fermentation algorithms that vary the brewing temperature and pressure control, depending on the kind of beer you’re making. That’s right, it handles all of the monitoring while constantly making precise adjustments to keep everything at the desired levels, ensuring every batch you make will taste exactly as intended. Each batch of beer, by the way, will take two weeks or longer to make, depending on the beer type. Yes, it’s long, but it should also taste a lot better than most stuff you can get at the local mini-mart. According to the outfit, their initial launch will give you five options in beers: a hoppy American IPA, a golden American Pale Ale, a full-bodied English Stout, a zesty Belgian-style Witbier, and a dry Czech Pilsner. Sure, it’s not as wide-ranging as PicoBrew’s large library of beer styles, but it’s definitely a promising start.

Aside from brewing beer autonomously, the appliance is also self-cleaning. According to LG, the device can sanitize itself using hot water, ensuring everything is hygienic enough to produce another batch. And yes, it comes with a companion app where you can monitor the progress of each batch of beer.

The LG Homebrew will make its debut at CES in January. No word yet on release date or pricing.