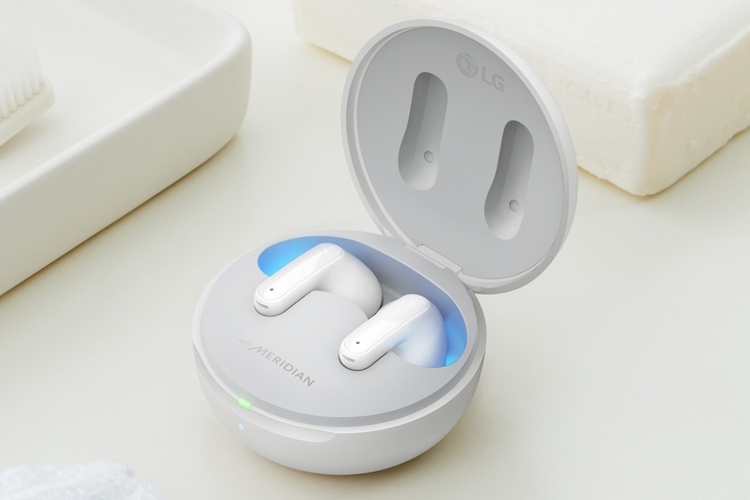 We’re at a point where true wireless earbuds now work pretty seamlessly, allowing you to listen to music without the frequent dropped connections found in early models. As such, we’re now seeing outfits innovate on the category in more interesting ways. The LG Tone Free FP9 sets itself apart by adding functionality to the included charging case.

Like other true wireless earbuds, it comes with a case that can replenish the batteries on each earpiece, allowing you to give them a fresh charge when you tuck them away while you’re on the road. Unlike others, though, the charging case doubles as a Bluetooth transmitter that you can use to add wireless connectivity to any device that doesn’t have it. Whether you want to use your true wireless earbuds while watching an in-flight movie, gaming on a Switch, or playing music on a desktop without a Bluetooth chip, this thing lets you do that by simply plugging in the included USB-C to AUX cable. 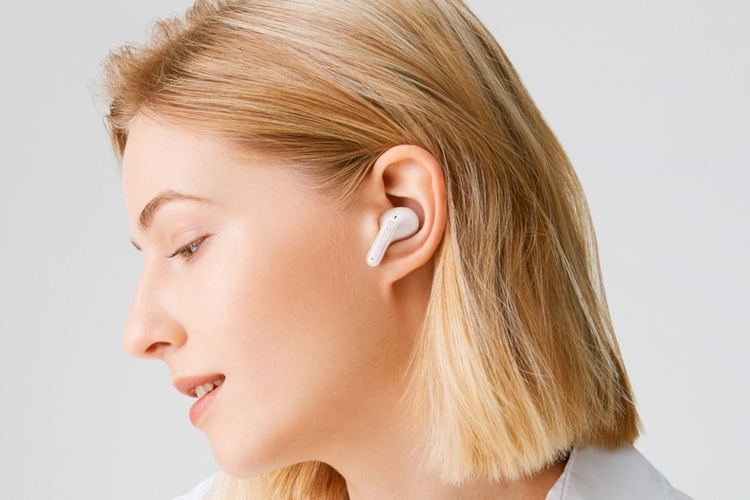 The LG Tone Free FP9 takes on a form factor similar to previous Tone Free earbuds, albeit with shortened stems that, the outfit claims, should provide the best balance and fit for active lifestyles, apart from making it easier to differentiate from AirPods and other earbuds with a similar dangling stem. It has active noise cancellation, so you should be able to listen to your playlist without the distraction of ambient noise, while the larger drivers and upgraded diaphragms are able to deliver a more powerful bass without compromising clarity or detail.

There’s also a 3D Sound Stage feature that uses spatial “up-mixing” to expand the aural soundstage, bringing more lifelike audio and an overall more captivating listening experience, along with new spatial audio processing that, the outfit says, will envelop the listener with sound that seems to be coming from all directions. Developed by Meridian Audio, this is the same kind of spatial processing that’s already found in LG’s wireless headphones, essentially bringing the same audio quality to their true wireless line. 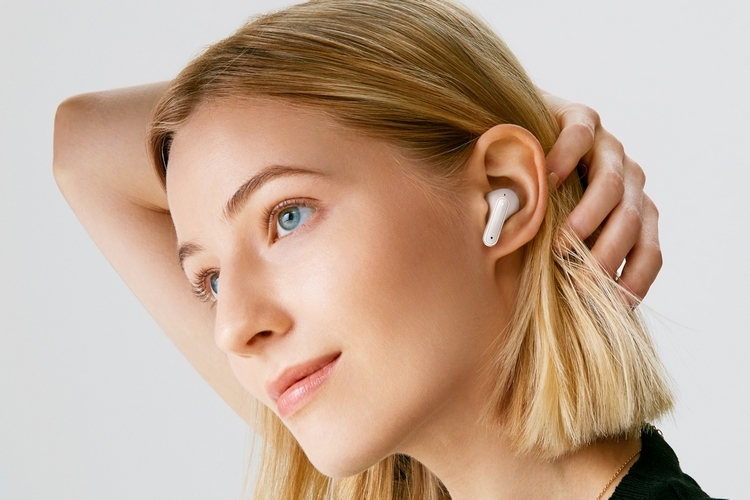 The LG Tone Free FP9 comes with three microphones on each earbud, ensuring better speech pickup during voice calls, with less intrusive ambient noises getting in the way, while a Whisper Mode allows for greater call privacy by allowing you to take out the right earbud for use as a dedicated mic that you can hold close to your mouth. Basically, it lets you be heard clearly during voice calls without having to talk loudly, so you don’t have to announce your conversations to the people around you. Of course, it gets an IPX4 rating, so they should shrug off moisture, splashes, and even rain without any problem. 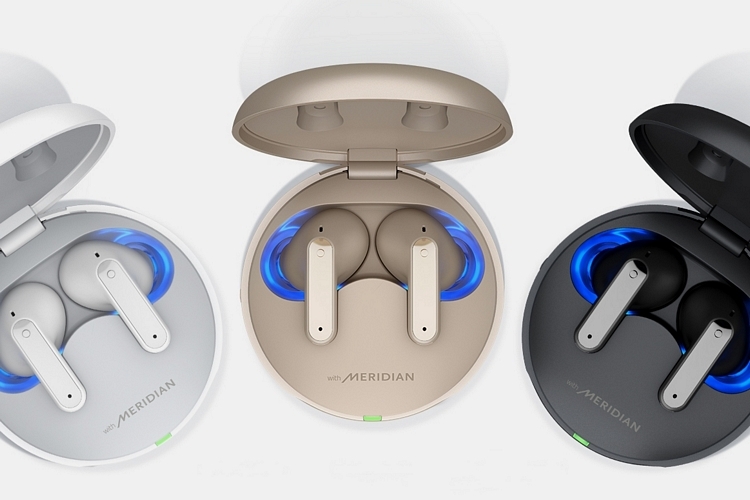 As we said earlier, the included charging case doubles as a Bluetooth transmitter, making it doubly useful to take with you during flights. Aside from that, it also integrates the same UVnano function as LG’s previous Tone Free models, so the charging case will also sterilize your earbuds whenever they sit inside, reducing bacteria on the speaker mesh by 99.9 percent in just five minutes. According to LG, the earbuds can run for 10 hours between charges, with the case housing 14 hours’ worth of charge, so it can last for a whole day of non-stop use.

The LG Tone Free FP9 comes out later this year. No pricing has been announced.