LifeBot 5 Is A Portable Telemedicine Gadget 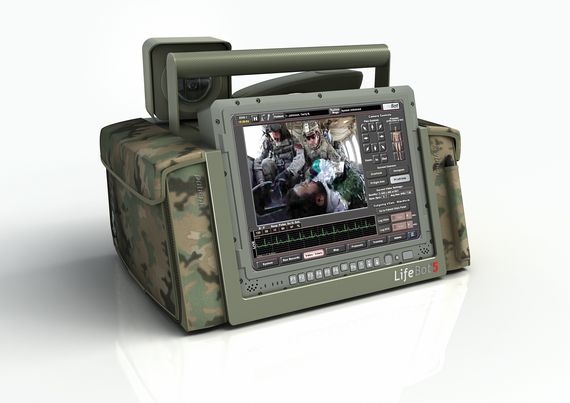 There’s a good chance telepresence is going to become a ubiquitous part of our daily lives in the very near future.  As such, it isn’t surprising it’s making its way into many fields.  One of the most critical applications of telepresence is in telemedicine, giving doctors the ability to supervise medical procedures even while in remote locations.  The LifeBot 5 doesn’t just facilitate that, but provides the benefits of telemedicine practically anywhere.

Weighing just 15 pounds, it’s billed as the “smallest, lightest, most advanced portable mobile telemedicine system” in existence.  Designed for deployment in the field, it’s ruggedized, too, making it ideal for use in activities like battling alien forces trying to invade your neighborhood.  Or something like that. 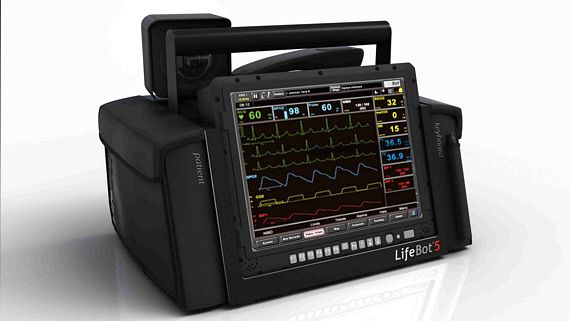 The LifeBot 5 can be used to monitor blood pressure, heart, rate, and body temperature, as well as perform ECG and ultrasound with no other tool necessary.  More importantly, though, it can read data, send instructions and transmit audio-video feeds, allowing doctors to remotely interface with medics and emergency personnel during in-field operations.  During rescue missions, for instance, medical specialists staying at the hospital can give instructions to medics in the field when patients require more complicated procedures on the spot.

All hardware needed for wireless connectivity sit onboard, switching between 4G, 3G, LTE, WiMax, Cellular, WiFi, satellite, and data radio as available, so there’s no need to use an extra communication system.  Features include a full patient monitoring system (called the Interceptor), a built-in defibrillator, a live reporting system, and direct data transmission (no need to go through third-party servers).

Best part?  The LifeBot 5 is actually priced pretty reasonably (relative to its applications, of course), starting at under $20,000.