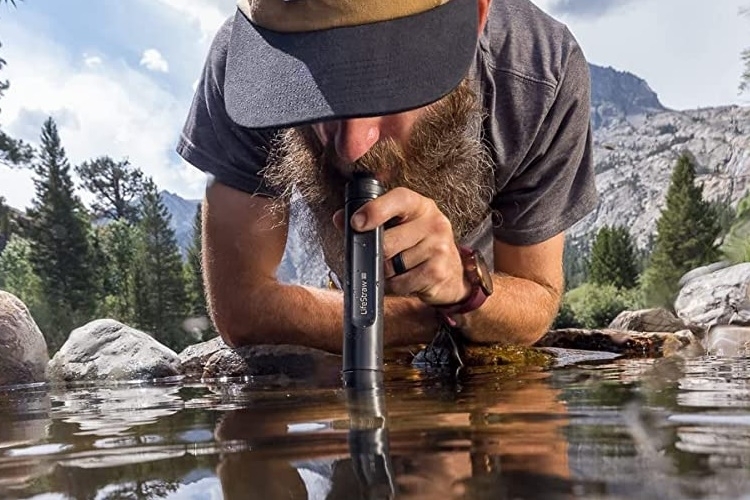 We’re big fans of LifeStraw and their filter-as-you-sip straw, allowing you to get your hydration off even the most suspect water sources using a device that you can easily in your pants’ back pocket (or on a bag pocket, if you don’t want to accidentally sit on it). It’s gone largely unchanged for most of the decade or so that the product has been in circulation. This time, though, it’s getting a significant update with the LifeStraw Peak Series Straw.

Designed to improve upon the original, the new straw boasts a more ergonomic shape, an enhanced water flow rate, and a longer-lasting filter compared to its predecessor, making it an overall better product. Suffice to say, these new water-filtering straws should improve your overall experiences during camping, hiking, and other outdoor activities. 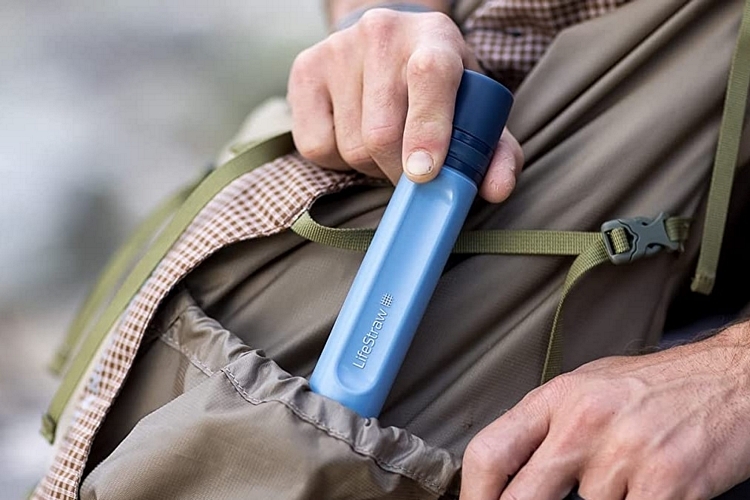 The LifeStraw Peak Series Straw measures 7.7 x 1.3 inches (length x diameter), so it’s a slightly shorter while being a little thicker than the original. It has a microfilter that protects against 99.999999% of bacteria, 99.999% of parasites, and 99.999% of microplastics, all while keeping out silt, sand, and any other particulates that cause cloudiness in the water. According to the outfit, the microfilter design has been enhanced to minimize the chances of clogging due to particulates, ensuring consistent flow rate even when you’re dealing with water filled with sand and silt. The microfilter is designed to last for up to 1,000 gallons, too, which, they estimate, should be enough drinking water to sustain you for up to five years of use.

LifeStraw claims the product meets US EPA and NSF P231 drinking water standards, so this thing can really clean the dirtiest ponds you can find in the woods into reasonably potable drinking water. Unlike its predecessor, it also has no shelf life, so you can stock up on these things and they’ll stay usable after many years down the line. 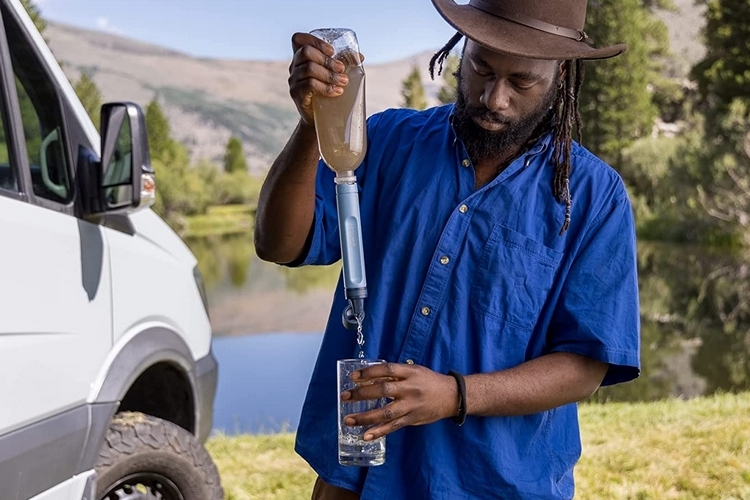 The LifeStraw Peak Series Straw comes with a streamlined shape that adds an ergonomic grip on the body, which makes it far easier to hold in hand than the straight tube-like proportions of the old model. It has cap covers on both ends of the tube, so both openings can be protected from damage and contamination, with the bottom section equipped with both threading and a standard hose connector. The threading makes it compatible with the opening of most PET water bottles, allowing you to fill up a large soda bottle with water from the river that you can filter using the straw to a different container, while the hose connector makes it compatible with any standard gravity hose for a more convenient way of drawing large amounts of water. 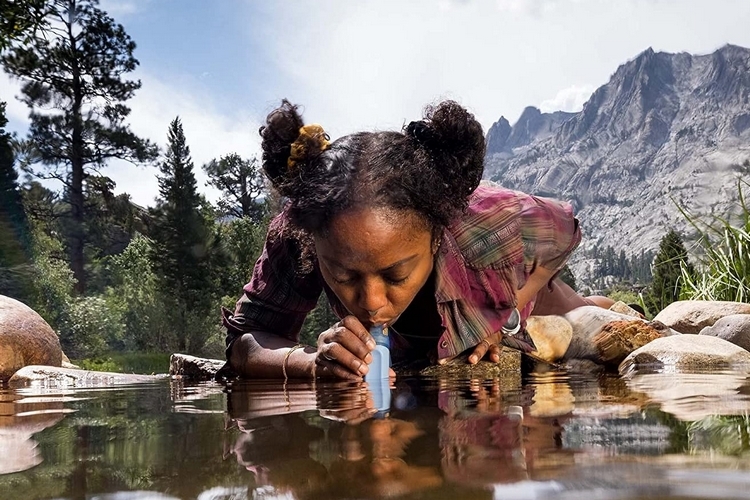 The new straw isn’t being released on its own, by the way. Instead, it’s part of a new Peak Series line. Aside from the straw, it also includes a squeeze bottle with built-in filter, a 3L gravity filter, a carry case for the straw, and a replacement filter. Sadly, they haven’t made a new version of the steel LifeStraw yet, but we have a feeling that will come in due time. 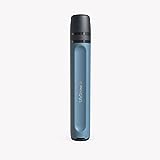