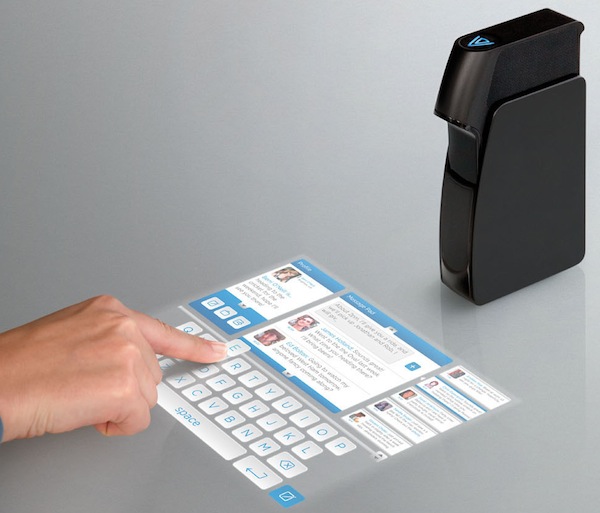 It works exactly like a touchscreen tablet, allowing you to interact with whatever’s on the screen.  Instead of performing swipes and taps on a glass panel, though, you do it over any flat surface where the laser projector throws up its digital display. 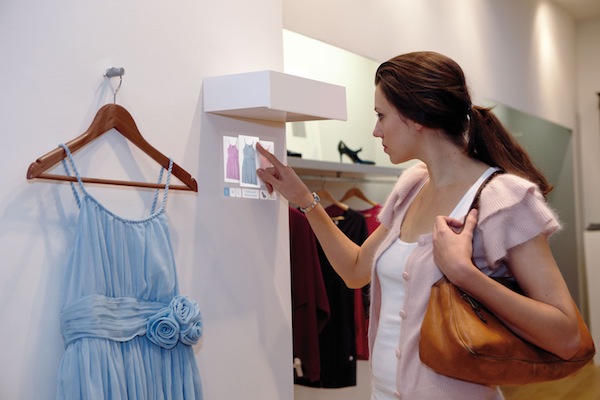 The Light Touch uses a laser-based pico projection engine that the company dubs as HLP (holographic laser projection).  It displays a 10-inch WVGA screen that’s designed for showing off on tabletops and other flat surfaces.  To interact with the user, it integrates an infrared touch-sensing system that turns it into a virtual touchscreen.  The device runs Adobe Flash Lite 3.1, allowing it access to a wide variety of applications and a rich visual development platform.  Other features include Wi-Fi, Bluetooth, 2GB of onboard storage, microSD card expansion and a  rechargeable battery (with two hours of runtime).

Seriously, this thing looks awesome.  I’m not sure how well it’s going to take off, but this could be the start of something exciting.  A portable computer without a heavy screen sure sounds like an enticing proposition.   Imagine the possibilities.

LBO’s Light Touch is actually a reference product, which means you won’t be able to buy it off the shelves right now.  However, any manufacturer can partner up with the OEM and bring the technology to any application they like.  They’re showing it off this week at CES 2010.