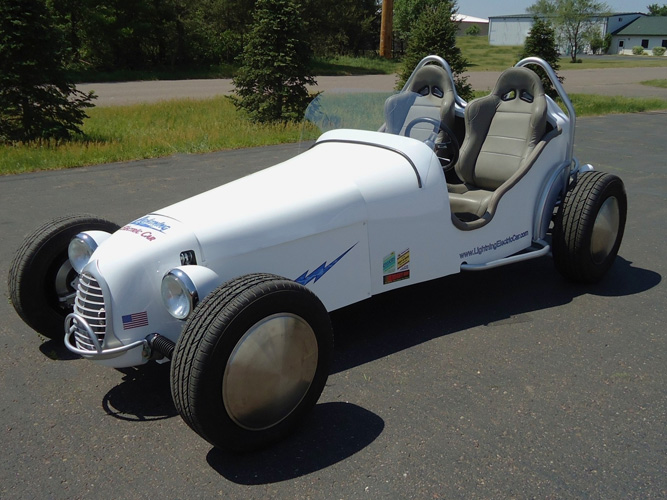 Electric cars aren’t just all about carbon footprint and utility.  The wall-plugging road rage machines can be fun, too.  And when they’re clad in 40s hot rod racer styling like the Lightning Electric, you just know you’re in for an enjoyable treat.

Made by EnviroTech, the vehicle borrrows its aesthetics from the 1930s and 1940s Indy racers that ran the 500-mile races at the Speedway.  Heck, you can throw on a Rat Fink mascot costume, plop on the cabin and look like you just popped out of some dirty gearhead’s forearm tattoo.  Since it’s electric, though, it’s totally quiet, so you can literally hold a drag race in the middle of the street in the suburbs at 2 in the morning without bothering anyone. 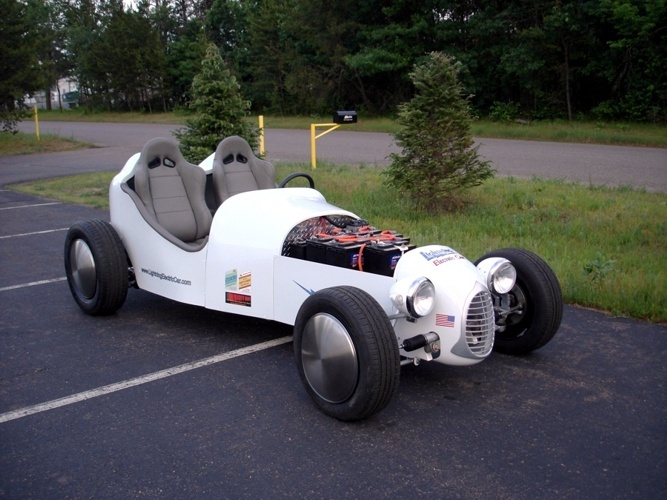 The Lightning Electric Car is a custom-built hot rod that’s all about the joy and thrill of motoring.  Powered by a 156-volt DC motor, the vehicle posts top speeds of over 100 mph and  a 0 to 60 time of under 5 seconds.   The motor draws power from thirteen 12-volt AC Delco deep cycle batteries onboard, which juices the car for up to 40 miles on a full charge.

Other features include an independent rear axle, cantilevered internally-mounted front shocks, four-wheel disc brakes and Goodyear Assurance Fuel Max Tires.  The rest of the assembly can be built according to specifications, so you can request to see if any of your preferred parts will fit into the standard design. 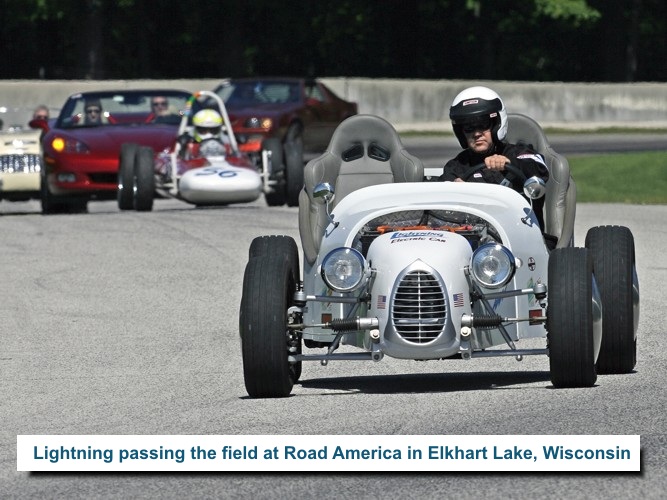 Fully-built Lightning Electric Cars can be ordered from Envirotech, with prices starting at $28,000.  Each unit is supposedly made upon order to accommodate special requests.   Individual parts, such as the chassis or the fiberglass bodies, can also be bought separately if you’re interested in assembling one by yourself.