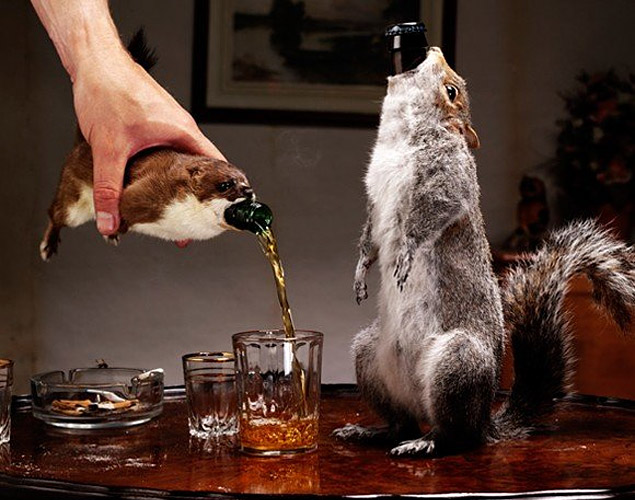 Strong beer is good.  Super strong beer that you drink out of the taxidermied carcass of dead animals is just inexplicably sublime.  That’s exactly what you’ll get with The End of History, a 12oz bottle of fermented beverage with a nasty 55% alcohol by volume (ABV) rating.

The brainchild of Scottish brewery, BrewDog, the crazy-high alcohol content easily makes it the “strongest beer in the world,” beating out their own Sink the Bismarck drink, which was released just last February.  The name is supposed to stand for the fact that this will be the company’s last high-ABV beverage.  In their words, it represents “the end point of our research into how far the can push the boundaries of extreme brewing.” 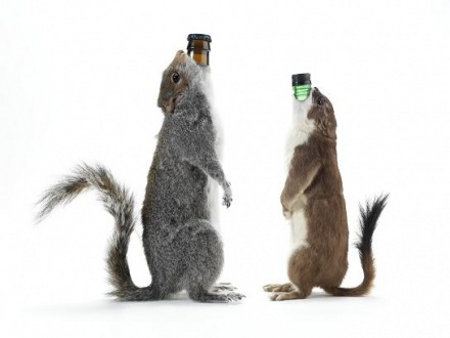 The End of History is a blond Belgian ale, infused with fresh juniper berries and nettles picked from the Scottish Highlands.  Extreme freezing techniques were used to induce the insane levels of alcohol, which, according to the company, were duly supervised by a staff of “clowns, penguins and polar bears.”  We guess that’s what you’ll be seeing too if you regularly drank stuff this hardcore.

An actual taxidermist took care of the packaging, using salvaged roadkill that was stuffed and retouched specifically for bottling purposes.  Only twelve bottles have been made, each using the dead body of either a stoat or a grey squirrel, wrapped around a 12oz bottle.

Of the twelve The End Of History beers, only eleven will go on sale, consisting of seven stoat bodies and four squirrels.  Each one carries a $765 price tag.