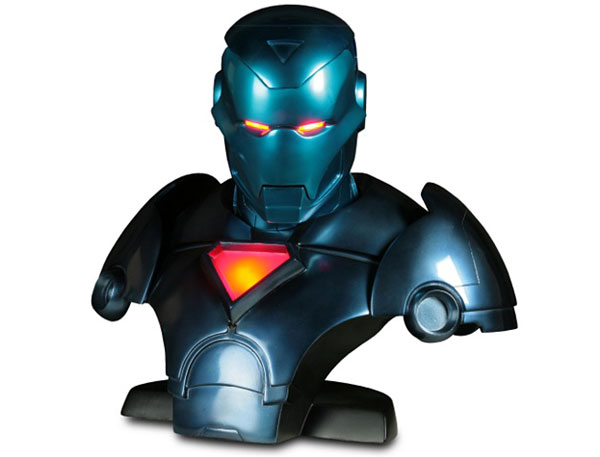 You’ve been wanting to get a little more Iron Man in your house.  But all your friends already have one of those classic red and gold busts sitting somewhere in theirs.  If you’re looking for something just a little different, you might be interested in this Stealth Iron Man Legendary Scale Bust.

Handcrafted by Sideshow Collectibles, the limited edition statue ditches the red and gold for Tony Stark’s blue stealth get-up.  It’s based on the armor the billionaire superhero wore in Iron Man #152, recreated down to “every nut, bolt and rivet.” 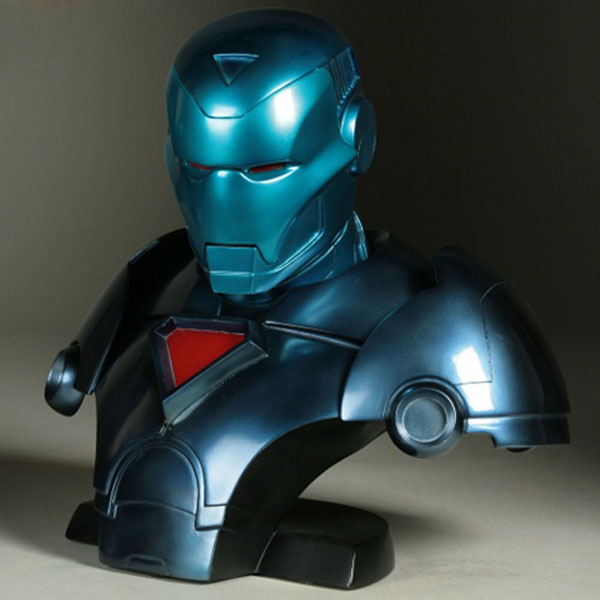 The Stealth Iron Man Legendary Scale Bust is a 1:2 scale of the comic book character and measures 10 x 11 x 10 inches (h x w x d).   It’s cast in polystone, with both the eyes and uni-beam clad in light-up red LEDs that you can switch on for effect.  And it only looks a little like Robocop.

Granted, this isn’t exactly the kind of purchase you were planning for early in the year, when you promised your girlfriend you’ll be spending money on real art that you can show off in the house.  Seriously, though, who needs a girlfriend when you can have a limited edition Stealth Iron Man Legendary Scale Bust to cuddle up to every night?  Only 1,500 numbered pieces have been made, priced at $199.50 each.