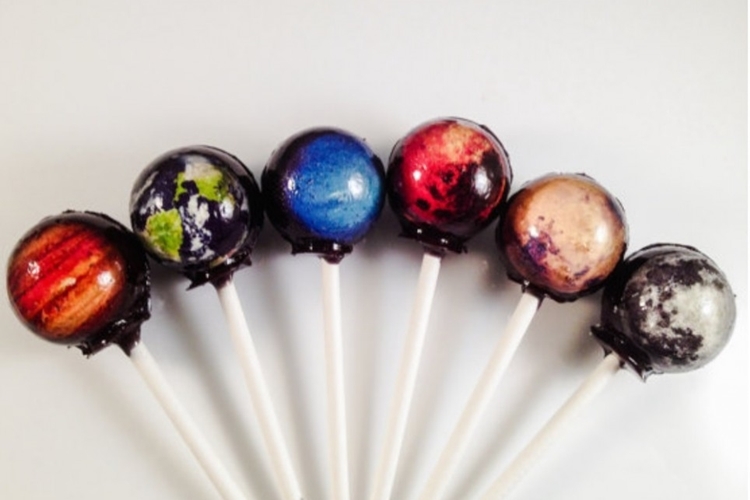 Eating a lollipop is never a bad way to pass the time. Eating a lollipop that looks like a planet, though, certainly sounds exponentially more exciting, You can do just that with these Outer Space Lollipops.

Made by Etsy seller LIQNYC, the lollipops are fashioned after the appearance of planets when viewed from afar in space, so you can feel like you’re Galactus, devouring worlds to satisfy the hunger that does not seem to cease. Well, as close to it as anyone without the ability to drain planets of all life energy can come to being Galactus, anyway. 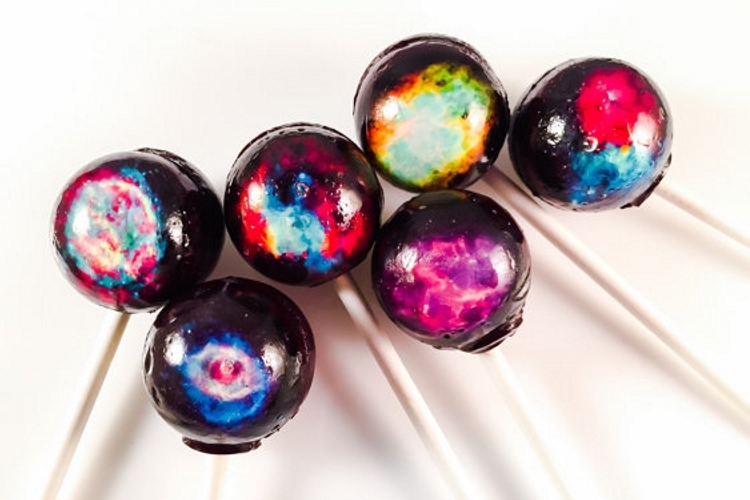 Apparently, making candy that looks like terraformed planets isn’t easy, so these LIQNYC Outer Space Lollipops are made a little differently than your typical round candy on a stick. Using techniques borrowed from candy cane and salt water taffy production, the candies are individually handmade using a heated, malleable sugar mixture, which are then carefully dropped layer by layer into a mold, with the exact positioning and color mixture of each layer determining what each “planet” ends up looking like. As you may have guessed, this isn’t exactly an exact science (e.g. don’t expect an accurate world map on their version of Earth), but the results do look like genuine planets. Plus, the process sort of ensures each candy looks just a little different than the rest. 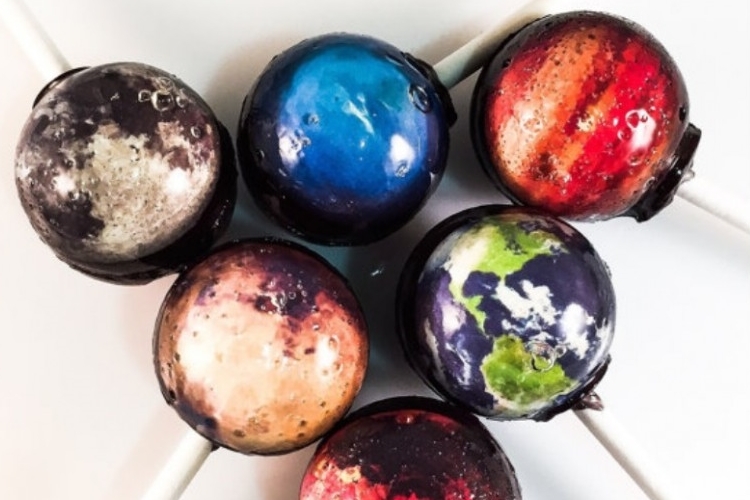 Three flavors are available: cherry, cream of tartar, and cotton candy. A pack of six LIQNYC Outer Space Lollipops is priced at $14.50.