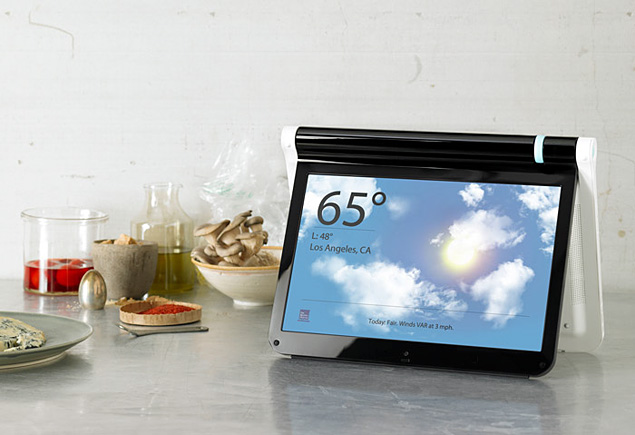 Looks like someone beat Google’s ChromeOS to a pure “cloud-based netbook.” An upstart company from Boston recently introduced the Litl, which rightfully makes the claim of being the world’s very first “webbook” (yes, that’s a new category they coined themselves).

Sporting guts no better (actually, it’s worse) than your standard EeePC or AspireOne, the smallish computer takes the stripping down even further. There’s no hard disk, with an onboard 2GB of flash memory acting as the only integrated storage. 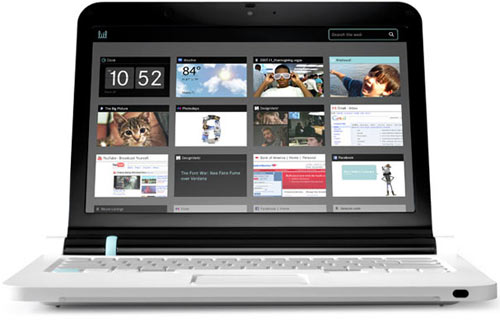 The Litl looks to use the cloud for saving data, access to which is naturally bundled with the machine’s overall price. While the company protests at being called a netbook, it’s tough to deny given the specs: 1.6GHz Intel Atom CPU, 1GB of RAM, Wi-Fi, webcam, mic and speakers. Oh yeah, there’s an HDMI out too, but the details reveal nothing about the GPU, so how well you can use that remains a question mark.

Physically, it looks exciting, toting a 12.1-inch display that can open past 180 degrees, allowing you to prop it on a table like an overpowered LCD frame (in case you just want to watch a streaming video or a slideshow). There’s no complicated OS running inside, either. Like Google’s much-talked about ChromeOS, everything happens within the confines of a browser, for which the company designed a good amount of apps on their own.

If you have no need past web apps (assuming it can run the gamut of Ajax, Flash, HTML5 and such), feeds and other online content, the Litl sounds like an excellent machine to swipe the plastic for. That is, until you hear about the price: $700 (with an optional remote for $19).

Honestly, the reason I want a “web-only” netbook is because I can (presumably) buy it for cheap. This thing, though, is just $300 shy of the cheapest MacBook. I guess we’ll have to wait for the first ChromeOS PC then. Sigh.