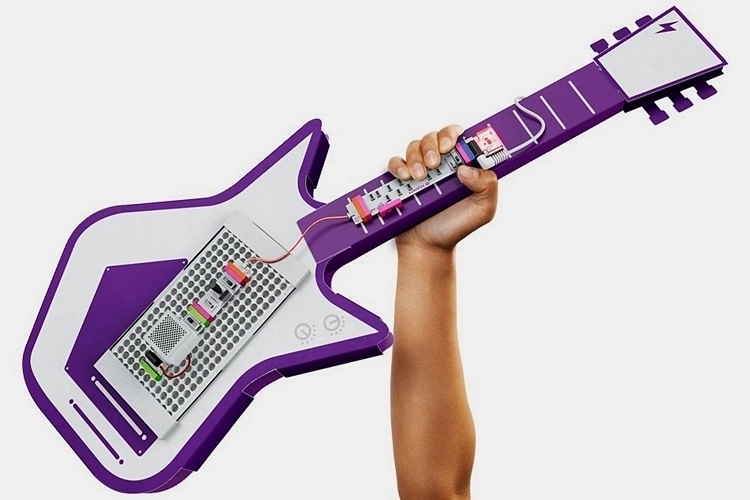 Simple versions of musical instruments have long been a popular toy for kids, since kids enjoy making noises while posturing like a flamboyant rockstar. And if your kids are going to pester you with endless noises doing that, you might as well force them to learn basic engineering concepts while they’re at it. That’s exactly what you can do with the littleBits Electronic Music Inventor Kit.

That’s right, you can have your kids building their own musical instrument, allowing them to roleplay both being a rockstar and being an engineer. Yes, we don’t know a lot of people with both of those careers either, but having them spend some of that playtime snapping electronic modules together sure sounds more peaceful than listening to them crate random dance beats over and over. 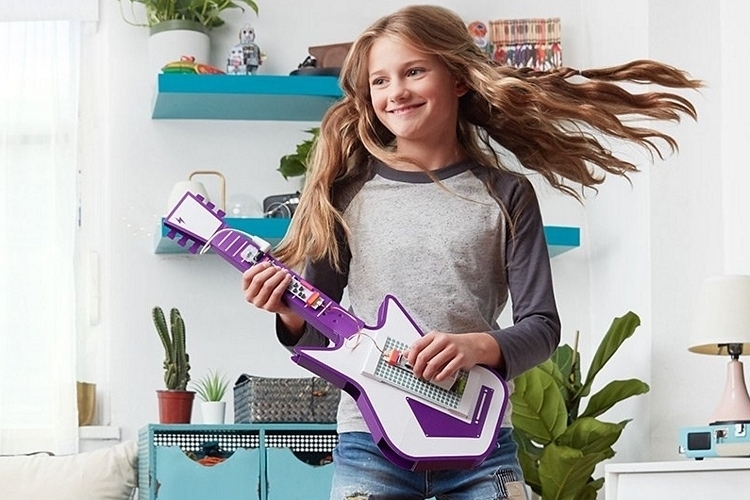 The littleBits Electronic Music Inventor Kit consists of eight electronic modules, namely an accelerometer, a keyboard (that looks more like a circuit board than a musical instrument), a micro-sequencer, an oscillator, a proximity sensor, a speaker, a wire module, and a power control (you’ll need to add a 9-volt battery for an actual power source). There’s also two mounting boards for snapping the different modules on, as well as a guitar-shaped rig where you can dock all the electronics, so your kids can strut around with a legit-looking instrument when they’re playing. It’s a heck of a lot more fun than standing over a table like regular electronic musicians.

Four different instruments can be assembled using the included components, namely a keytar, a motion-controlled guitar, a gesture-controlled guitar, and air drums. For the keytar, you mount the keyboard on the neck of the guitar, with the oscillator, speaker, and the rest of the parts going in the guitar’s body. From what we can tell, you’re supposed to play the keyboard with your left hand, essentially tapping on the keys as if working on the fretboard of a six-string. 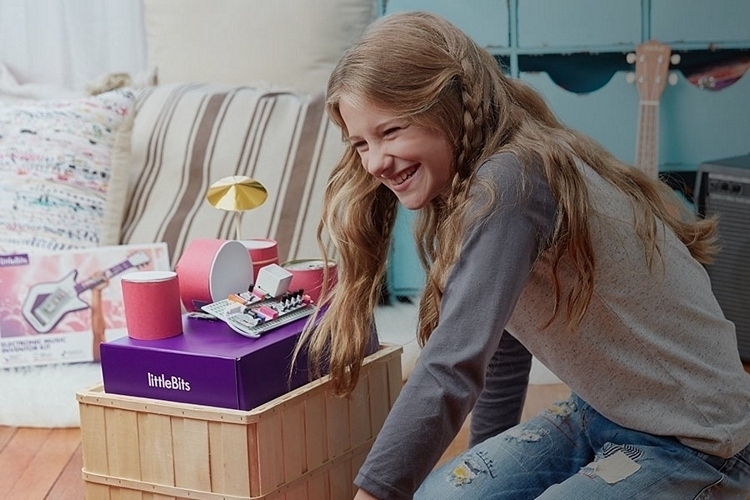 When assembling the motion-controlled guitar for the littleBits Electronic Music Inventor Kit, you pair the speaker, oscillator, and sequencer with the accelerometer, prompting the rig to produce synth sounds based on the movements it detects. LittleBits actually calls it the “Dance Guitar,” since they recommend performing dancing motions to generate the music. For the gesture-controlled guitar, you swap in the proximity sensor in place of the accelerometer, then prompt it to produce guitar sounds moving your hands over the sensor. A similar setup should work for the air drums, albeit with the board removed from the guitar and set down on a desk. 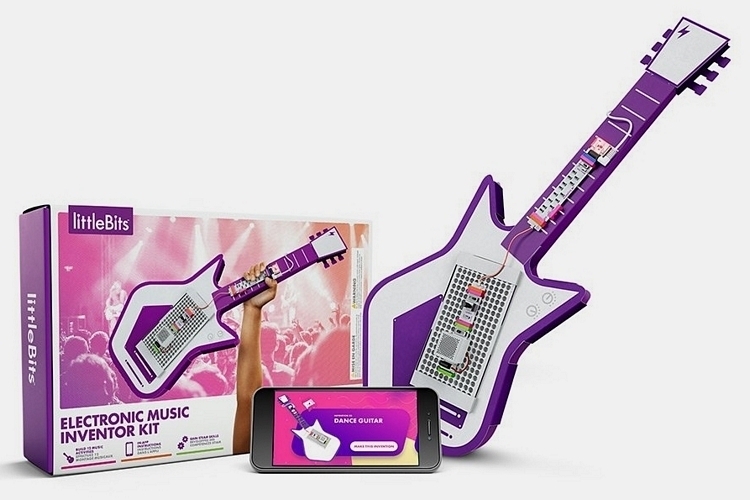 A companion app includes all the instructions needed to talk kids through assembling the toys, along with 12 activities and stories to guide kids during play. And, yes, you can assemble the modules in creative ways in order to build something entirely different, as well as mix them in with other littleBits kits to fashion entirely new electronic creations. It’s recommended, by the way, for kids aged eight and older.