Build Your Own R2-D2 Clone With littleBits’ Newest Kit 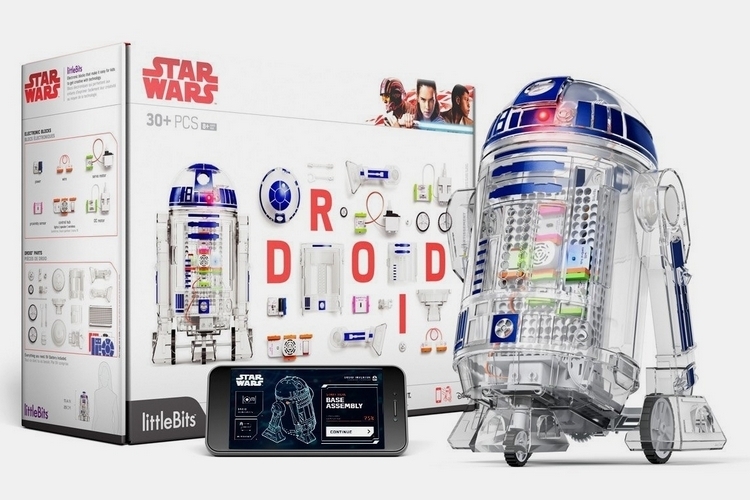 We’re big fans of littleBits and their awesome electronic kits, which you can use to help kids learn and appreciate how electronics work by engaging them with kid-safe hands-on projects. Their latest, however, just might be their finest set yet: the littleBits Star Wars Droid Inventor Kit.

That’s right, the newest littleBits kit allows you to build your own droid. No, you can’t quite build whatever ridiculous machine you used to imagine as a child. Instead, the darn thing will have kids building an R2-D2 clone, so they can imagine themselves as among the engineers that build droids, starships, and planetary weapons in the Star Wars universe. 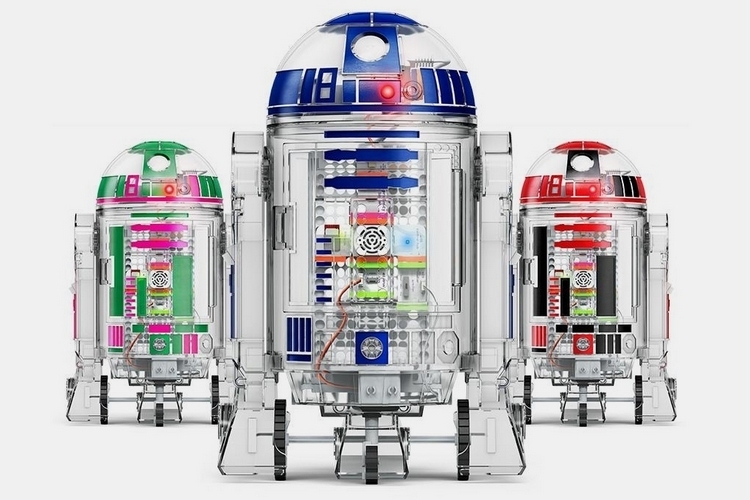 The littleBits Star Wars Droid Inventor Kit contains 20 robot parts and six of the oufit’s Bits electronic modules, as well as a companion app containing the step-by-step instructions for building the droid. The instructions, of course, are clad in an adventure-style game format, ensuring building the toy feels genuinely like play instead of a learning activity. The droid’s body, by the way, is completely transparent, so you can see all the electronics inside, although they did throw in stickers, so kids can personalize it according to their liking.

The robot parts include all the familiar components of an R2-D2 clone, so you get three wheeled legs, a domed head, and the cylinder-shaped body. As for the electronics, the six components consist of a control hub (which contains the Bluetooth chip and the speaker), two controllable motors (that you can use to either power the wheels, manage the steering, or make the head turn – only two functions at a time, though), a proximity sensor (so you can make it stop moving using the Force), a wire connector, and a battery. As with all of littleBits’ playsets, all the electronics are designed to snap together, so kids can build functional objects without fiddling with solders and open wires. 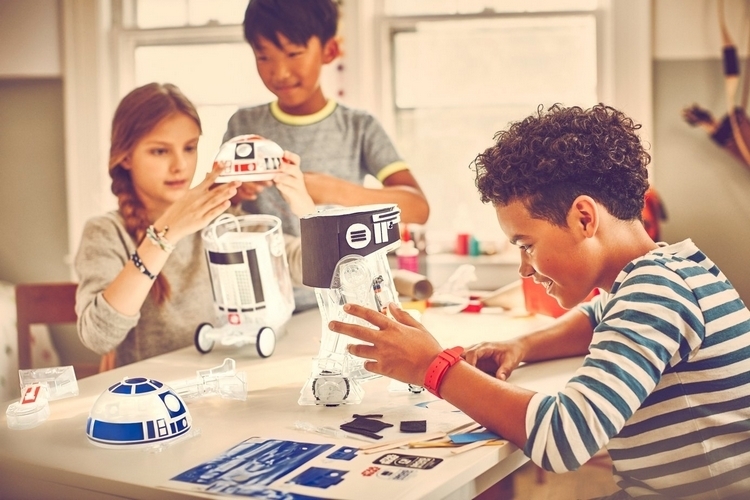 Using the littleBits Star Wars Droid Inventor Kit’s companion app, you can control all of the droid’s capabilities, allowing you to drive it manually, activate Force Mode (make it follow your hands), and play any of the 20 built-in R2-D2 sounds. It even has the ability to self-navigate, with the proximity sensor allowing to detect and avoid obstacles, so you can have it running around the room for your endless amusement. The app, by the way, comes with 16 missions and activities, so this kit on its own should keep kids busy for quite some time. 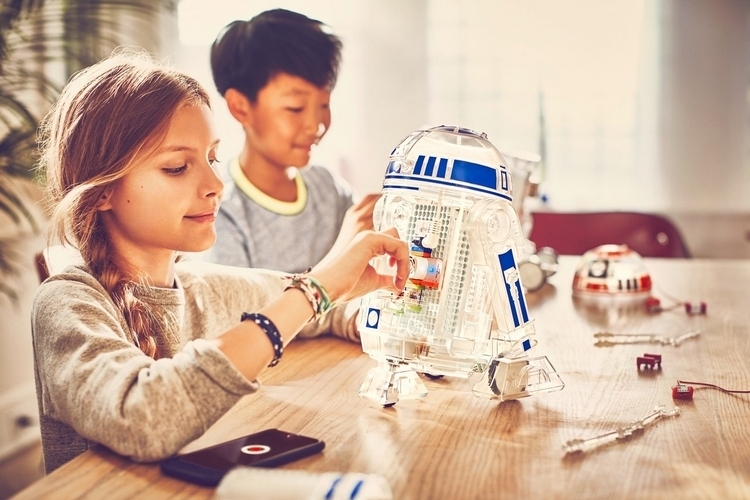 Like all of littleBits’ kits, the toy is designed to be expandable. You can, for instance, add extra Bits modules to add new functions to the robot, such as a motion sensor (to have it recognize when people are in the room and greet them), a loud buzzer (to turn it into an annoying Artoo), or a vibration motor (to make it shake like it’s having a robot seizure or something). Simply put, you can turn this into quite a complex robot with plenty of functions, especially if your kids are old enough to understand coding.