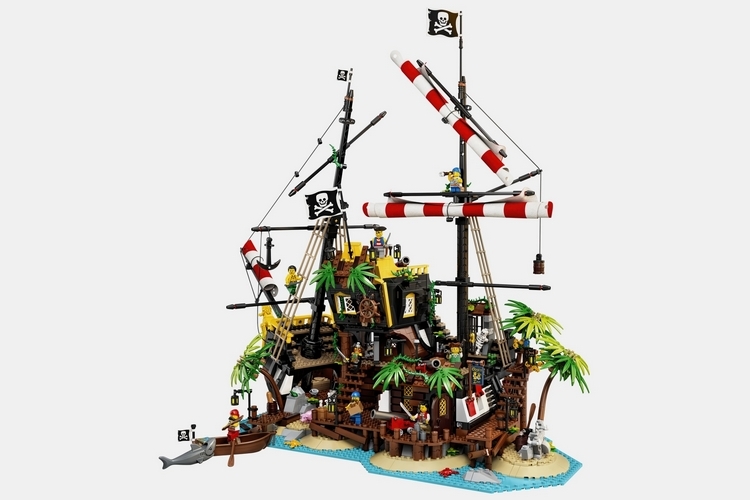 Being a pirate sounds awesome. Being a pirate who’s shipwrecked on a tiny island with no way out? Not so much. If you were ever in that situation, though, you’d have to make the best of it. How? Well, you can figure that out once you put together the new LEGO Ideas Pirates of Barracuda Bay.

A new LEGO set, it lets you build a shipwrecked pirate ship that’s been rendered completely inoperable, forcing its occupants to simply transform it into an island dwelling, while they wait for an opportunity to get back in the water. Meanwhile, the buccaneers just do their best to survive in the middle of the ocean, feeding on coconuts, fish, and other marine life, while they wait for a hapless ship they can plunder and commandeer to unwittingly pass by. 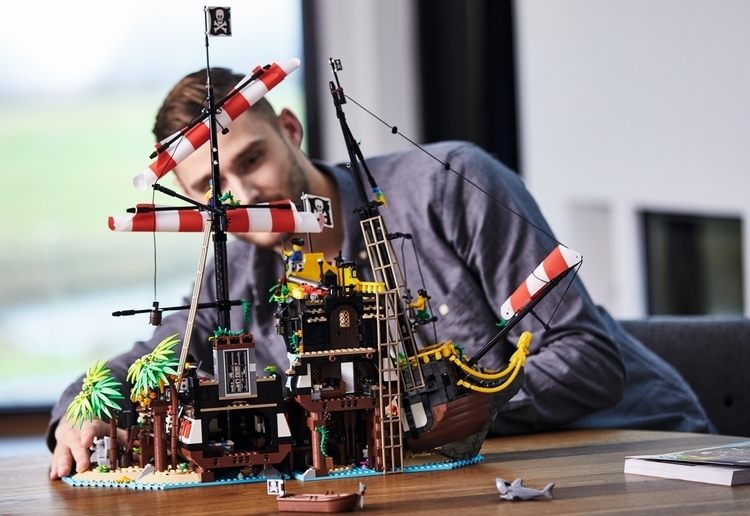 The LEGO Ideas Pirates of Barracuda Bay lets you put together a classic-looking pirate ship, with tall masts, folded sails, and a pair of Jolly Rogers waving proudly in the air. Except, you know, it’s a ship without a hull, since the darn thing is stranded on a tiny island in the middle of the vast ocean waters. So yeah, all they have to do is figure out how to make the island move and they’ll be on their way, which is, basically, saying they’re not going anywhere anytime soon. Losing the hull, of course, makes it easy to see the inside of the ship below the deck, giving us a better peek at how pirates live out their days in the water.

You get a clear view of each distinct section of the ship, from the captain’s cabin and the jail cell to the onboard kitchen and the tavern where everyone congregates at night to relieve the stresses of the day, each one fully stocked with detailed accessories to liven up the scene. There’s also a separate food store, a supply dock, crew bedrooms, a toilet (because, apparently, pirates don’t do the deed straight to the sea), and even a farm. We have no idea what they grow in the farm, but we imagine it’s whatever kind of herb you need when you’re out in the ocean for months on end. 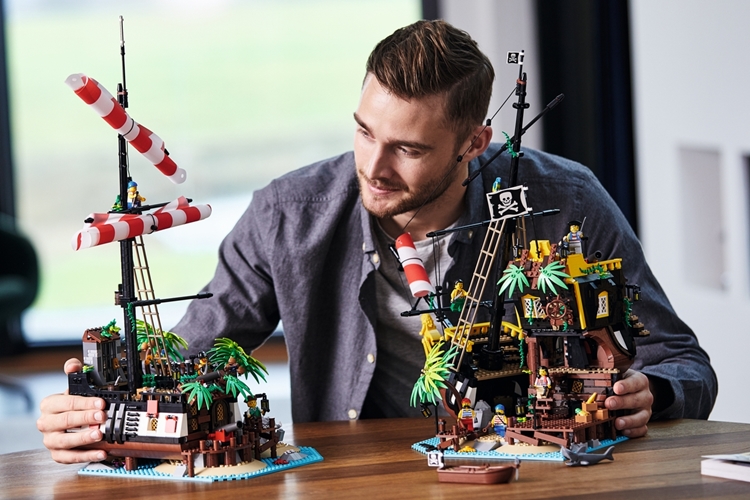 The LEGO Ideas Pirates of Barracuda Bay comes with lots of pirate ship details, including cannons, rifles, melee weapons, binoculars, chests, barrels, bottles of booze, drinking glasses, and more. There’s a small life raft sized to fit a trio of pirates, as well as a shark to chase them as they find a way to leave the island. It comes with eight minifigures, including Captain Redbeard, Lady Anchor, Robin Loot, and a whole bunch of others, along with various animals (including a parrot) and skeleton figures. 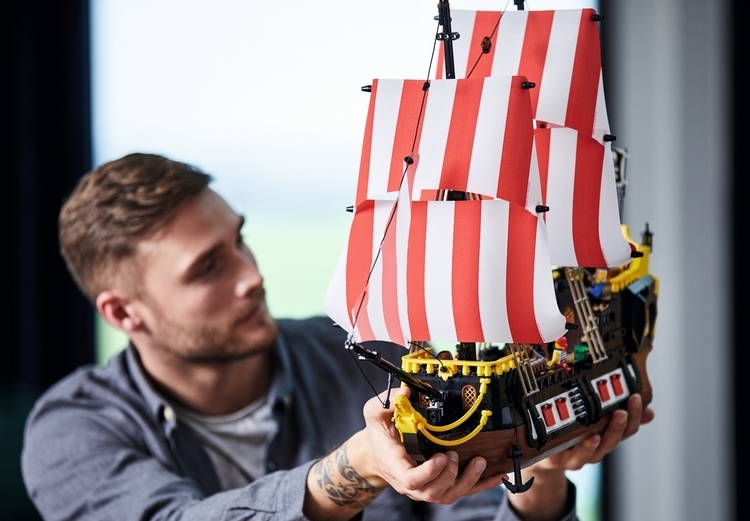 The model, by the way, can alternately be constructed as a separate pirate ship and island, so your buccaneering minifigs can actually get out if you have the gumption to reassemble the whole thing into two separate parts. In this case, the island can even be split in half to reveal hidden treasure. The set comes with 2,545 pieces.

The LEGO Ideas Pirates of Barracuda Bay is available now, priced at $199.99.