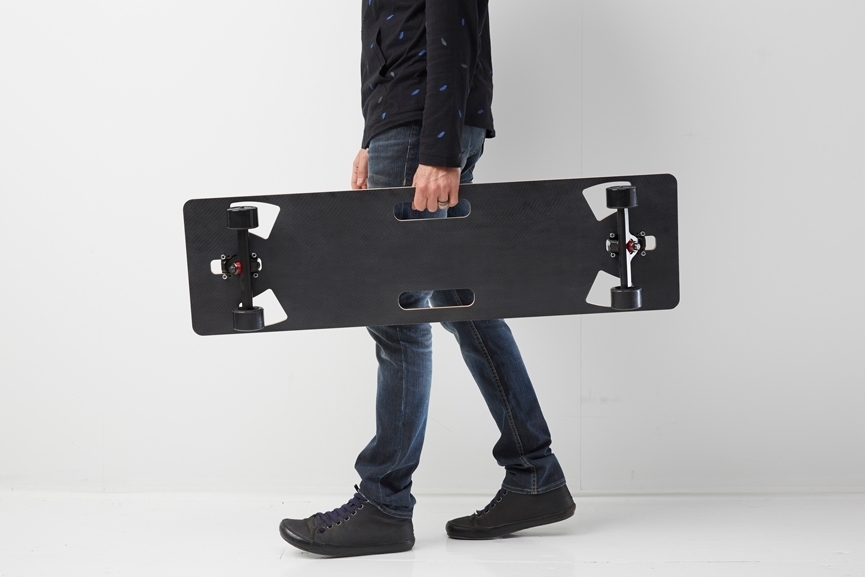 We’re not sure if it rides any better than regular longboards (and longboards that turn into snowboards), but the Lo-Ruiter sure ups the ante in aesthetics. If you want a cruising skateboard that looks unlike anything else out there, this thing definitely embraces the part.

Designed by Joey Ruiter, the longboard has a rectangular deck with cutout handles along the sides for easily carrying it when climbing stairs, riding the train, or getting around a crowded space. And, yes, they claim it can ride like a regular longboard, too, complete with the ability to carve without scraping the ground. 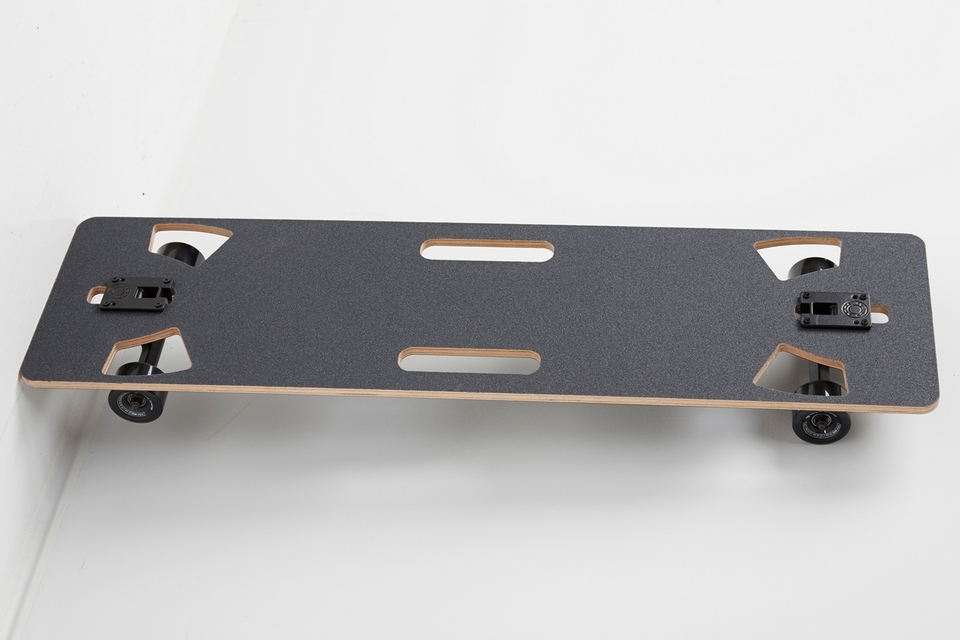 The Lo-Ruiter Longboard has a molded maple and carbon fiber deck with a large surface area, allowing for more options in foot position. Heck, it’s so big, the deck completely covers the wheels (eliminating the chances of smashing a foot at them), with enough surface space to let you walk on the deck while skating. Purposely-designed to have a lower center of gravity than regular skateboards, it comes with cutouts on the deck to give the wheels top clearance, which can also double as facilities for hanging it on a hook in the garage. 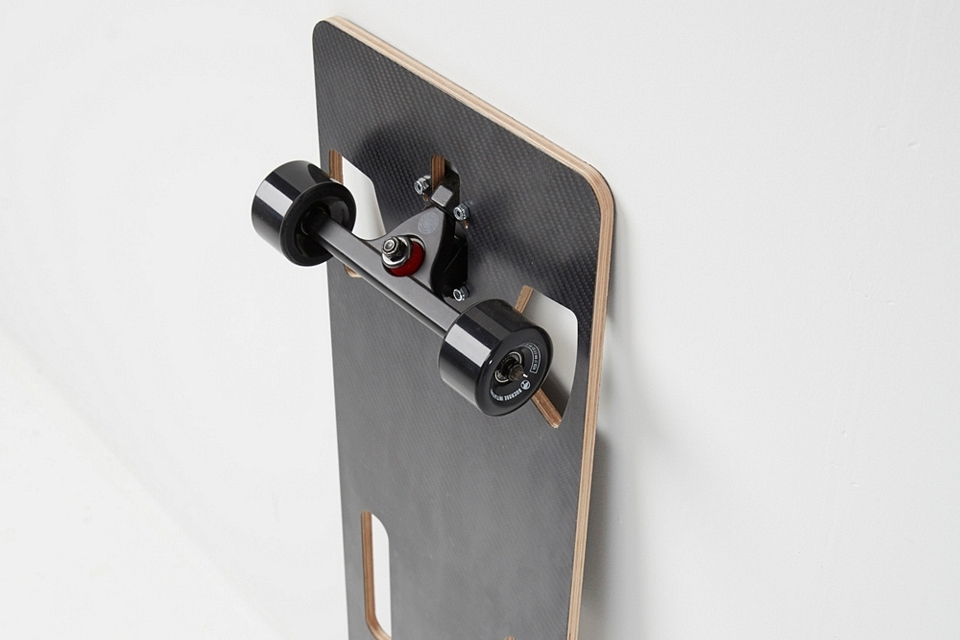 All those elements, coupled with the all-black finish, are intended to make it appear like a floating hoverboard while streaking through the sidewalks at high speed. To ensure it rides like a regular longboard, it uses standard skating hardware, namely a Caliber II Legacy Blackout truck and Arbor Mosh wheels.

According to the designer, he’s still deciding on whether to make a limited run of the Lo-Ruiter longboard, while gauging interest for now. If it ever does go into production, planned pricing is $295.