LockBlock Child-Proofs The Knife Block By Adding A Locking Mechanism 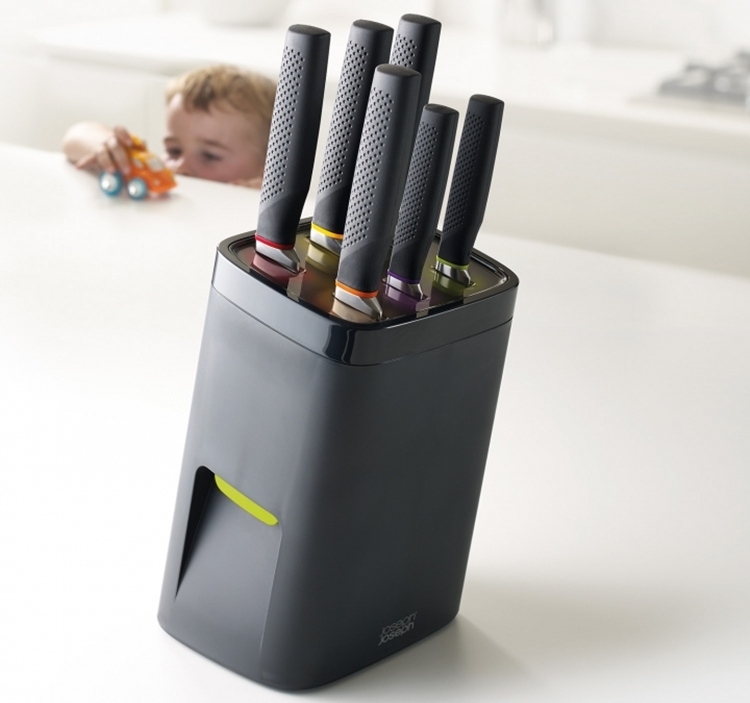 Similar to other knife blocks, the LockBlock is a dedicated place for keeping your blades, so they’re not randomly strewn about, waiting to cut anyone who clumsily fumbles their way in the kitchen drawer. Unlike them, it comes with a self-locking mechanism that requires you to press a release button on the side before being able to pick up a knife from its storage chamber.

Made by Joseph Joseph, the self-locking feature is intended to prevent the knives from being easily grabbed by children, who could seriously hurt themselves when they treat the sharp blades as some kind of toy. Of course, you’re going to have to hope your kids don’t figure out that it releases with a push of the button, although the button has been intentionally rendered to be tougher to depress than usual, making it inoperable by the small hands of children five years old and under. 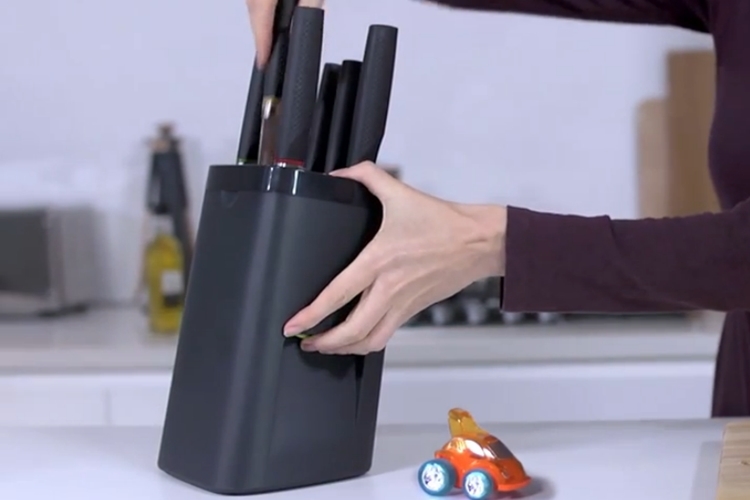 The LockBlock uses a Cam-Lock mechanism inside each knife slot, gripping the knife tightly and making it impossible to be pulled by force. In fact, trying to pull the knife without pressing release will only cause the locks to grip even tighter, so even grown adults aren’t likely to be able to take it by brute force. Worried about damaging your expensive knife blades? Don’t, as it uses smooth rubber grips, so it won’t nick, scratch, or bend the knives even when someone tries to forcibly take it. 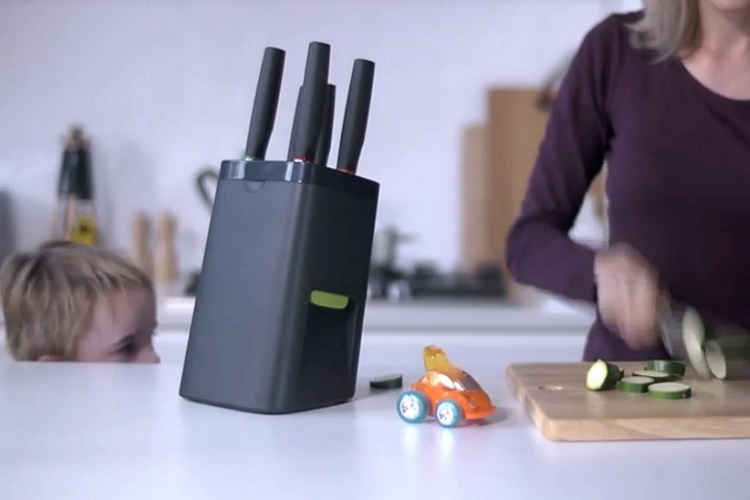 Release buttons are installed on either side to make it convenient for both left- and right-handed use, although I wish they could have hidden it a little to make it indiscernible to curious kids trying to figure out how to pry the blades off while they’re unattended. Still, it’s a clever, albeit still flawed, solution for keeping the kids off sharp objects.

Available now, the Joseph Joseph LockBlock is priced at £60.