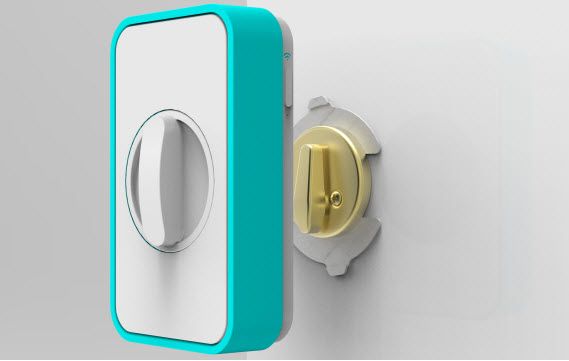 Your smartphone already does everything, from turning the TV channel, starting your car and paying for stuff with just a tap.  The Lockitron expands its uses even further, allowing you to unlock your deadbolt-protected doors without bothering to pull out the keys.

It has two components: a small box with a thumbturn control similar to the switching mechanism for electric fans and an app that can control it from the other side of the door.  The box fits over the lock, controlling the movement of the deadbolt so you can lock and unlock your door from afar.  Apps are available for both iOS and Android, with a web app available for all other platforms. 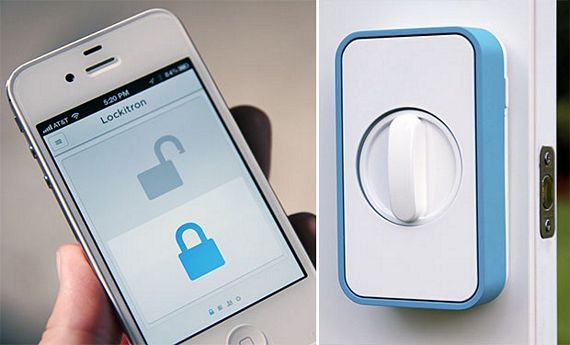 Device has WiFi, Bluetooth 4.0 and NFC, so there are plenty of options for wirelessly commanding the deadbolt to submit to your will.  You can use the WiFi to check the status of the door at any time, so you’ll actually know for sure if you left the door unlocked again — only this time, you can lock it right back without having to make the trip back home.  Think having to pull out your phone is too much work?  Yeah, they feel the same way, so you can set the device to use Bluetooth to detect when you’re in the vicinity, at which point it will automatically loosen the deadbolt.

The first batch of Lockitron have sold out on Kickstarter, but they’re doing a second run slated for May 2013.  You can reserve one for $149.