Logitech Craft Keyboard Uses A Dial For Precise Control Of Sliders, Scales And Other Items 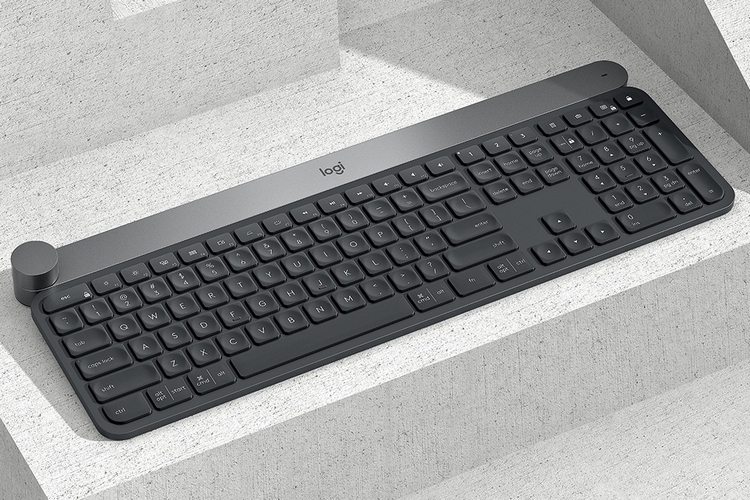 We’re big fans of Logitech’s MX mouse line, which allows you to control up to three computers at the same time. Problem is, without a keyboard that can do the same, you’ll still have multiple accessories strewn around your desk. The Logitech Craft changes that.

Designed to work with Logitech’s Flow software like their MX mouse peripherals, the device can be used to control up to three PCs at the same time, so you can be rendering video on one machine while rendering graphics you will overlay on the video on another and playing games on a third rig. It even has three indicators, so you can quickly check which of the three machines you’re connected to. And that’s not even its most impressive trick. 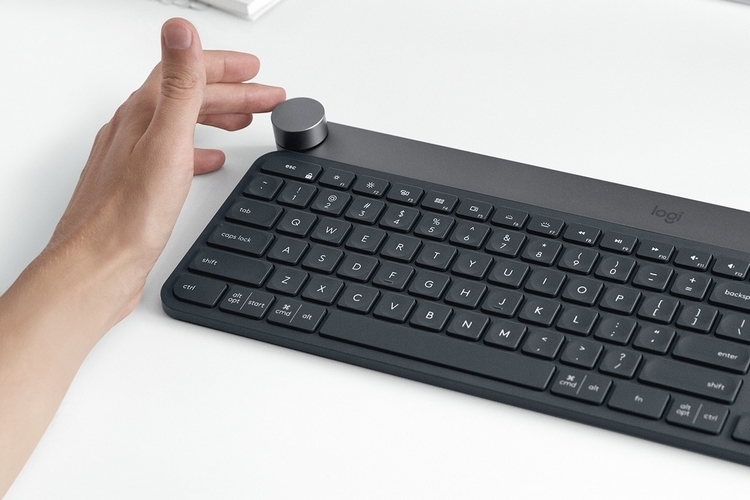 The Logitech Craft is a full-size wireless keyboard that passes on fancy mechanical keys in favor of cushioned scissor switches, allowing you to use it at work without annoying your cubicle neighbors with incessant clackety noises. Seriously, those things are noisy as heck. Each key has a recessed spherical shape designed to match the shape of people’s fingertips, with a matte coat to ensure your fingers glide effortlessly across the surface. It even comes with dual labels, so you can use it seamlessly on both Windows and Mac computers.

One of the most unique additions to the keyboard is a large dial on the upper left corner, which works much like Microsoft’s Surface Dial. As with that, you can use it to do mundane functions like adjusting the sound volume of the computer, as well as more important functions like granular control of sliders, scales, and other control items. And, yes, it can spin both fluidly like a radio dial or point-by-point for performing precise adjustments. Do note, it only works with six apps for now – three from Microsoft’s Office suite (Word, Powerpoint, and Excel) and three from Adobe (Photoshop CC, Illustrator CC, and Premiere Pro CC), although that’s likely to expand soon after promised software updates. You can also create your own dial shortcuts for non-supported apps, although the customization options are quite limited. 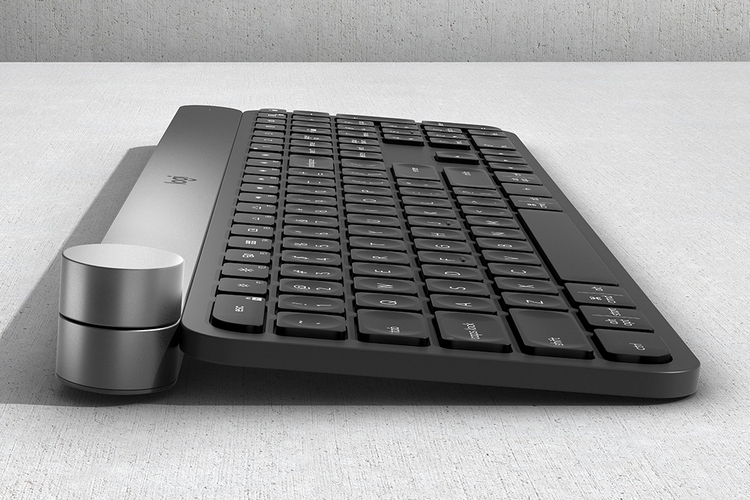 The Logitech Craft comes with backlit keys that are designed to optimize battery life. As soon as your hands hover above the keyboard, the lights automatically switch on, all while automatically switching off as soon as you remove it from a typing position. It adjusts the brightness depending on the light in the room, too, so it will shine a feint brightness when the room is dark while illuminating at a high level in brighter conditions. 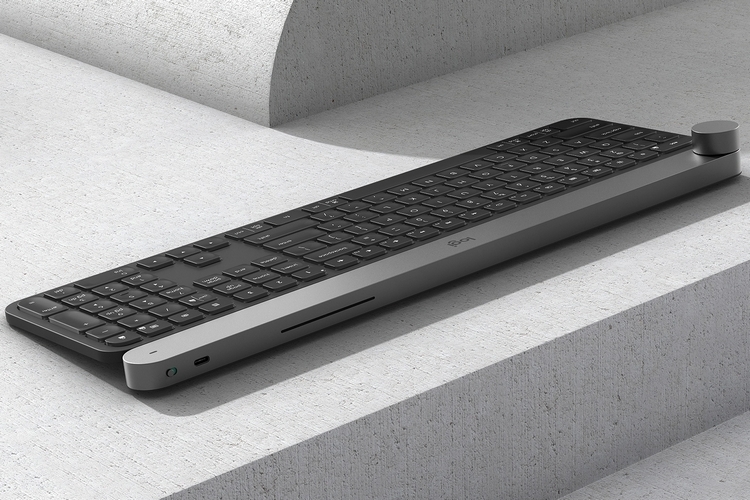 It comes with both a 2.4GHz signal (which works with an accompanying receiver) and Bluetooth LE, so you can connect wirelessly to PCs and Macs using either one, along with a 33-foot range, so you can use it for presentations where you might need to put some distance between you and the computer. Logitech claims a single charge should last it an entire week of use.

Available now, the Logitech Craft is priced at $200.