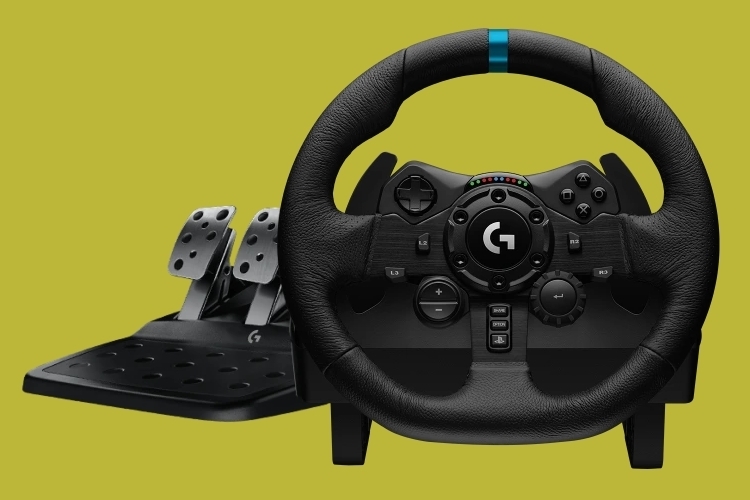 If you’ve played racing games for any amount of time, chances are, you’ve bought one of those steering wheel controllers to make the gameplay feel much more immersive. Truth be told, though, unless you cobble yourself together a proper cockpit setup, the actual experience probably won’t come close to how you imagined it being. If you prepared to put in both the work and the expense, though, a proper racing sim setup can make Forza, Gran Turismo, and whatever other racing game you love just that much more special. Especially if you install a steering wheel controller with the feature set of the Logitech G923 Trueforce.

Designed to deliver a more immersive racing experience, the accessory integrates Logitech’s new Trueforce technology, a system that dials into the game’s physics and audio engine to provide more realistic force feedback to the player. That means, your steering wheel will shake, rumble, and rattle in sync with all the action in the game, with an update rate of 4,000 times per second, so you can feel like you’re really inside the cockpit of that McLaren onscreen, even while you’re actually sprawled awkwardly on the living room couch. 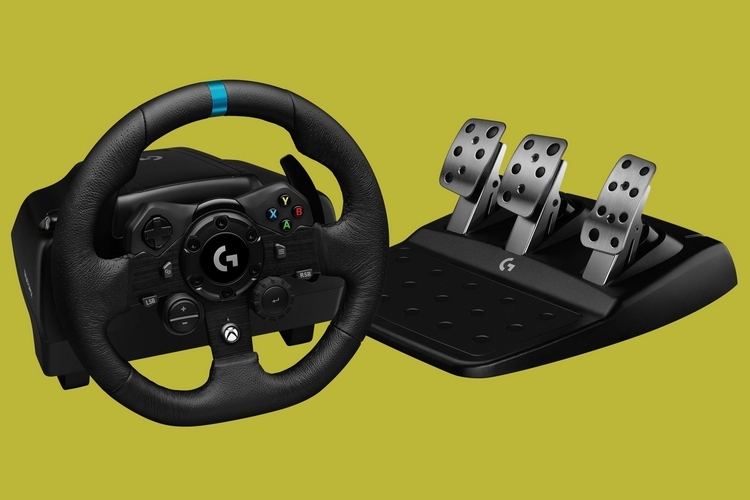 The Logitech G923 Trueforce won’t actually have that level of force feedback for every game. Instead, it needs to be supported directly by the developer via the outfit’s SDK, so there’s a good chance your favorite racing title won’t be able to provide those offscreen sensations. For now, it’s only supported on Gran Turismo Sport, GRID (2019), and Assetto Corsa Competitzione, so it’s, pretty much, just a standard driving controller for other games out there. According to Logitech, though, F1 2020, iRacing, and Dirt Rally 2 will get Trueforce update in September, with more racing titles hopefully to follow in their path.

The steering wheel is designed to emulate the actual steering wheel in race cars, with an integrated center marker, 24-point rotary dial for quick settings adjustments, and automotive-style leather stitching. Naturally, all game controls are built into the steering wheel, along with steel paddle shifters, aluminum spokes, and glass-filled nylon clamps. Inside, it gets closed-loop motor control that continuously adjusts voltage to match the game physics’ output, along with a programmable dual clutch launch assist to get you off the starting line faster and cleaner. The wheel, by the way, can rotate 900 degrees lock-to-lock. 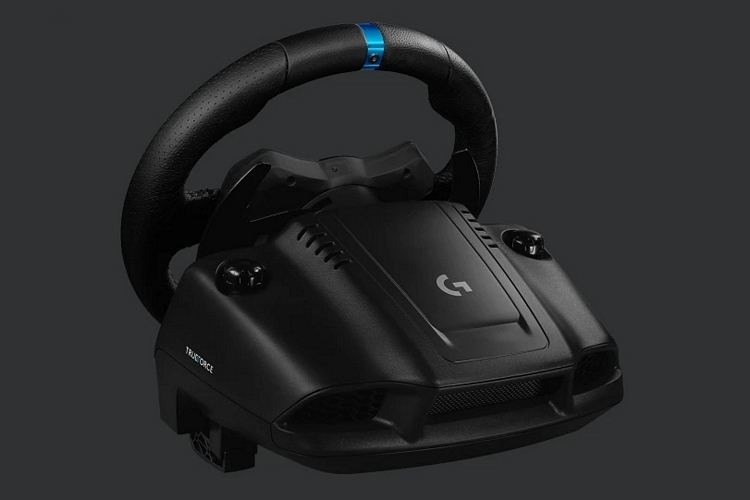 The Logitech G923 Trueforce also comes with a pedal set that’s, pretty much, the same previous models, albeit the brake pedal now gets progressive spring for a more satisfying feel. The pedals get a carpet grip system, a textured heel grip, and a self-calibrating function, so you don’t have to fiddle with them to get them feeling right in the game. 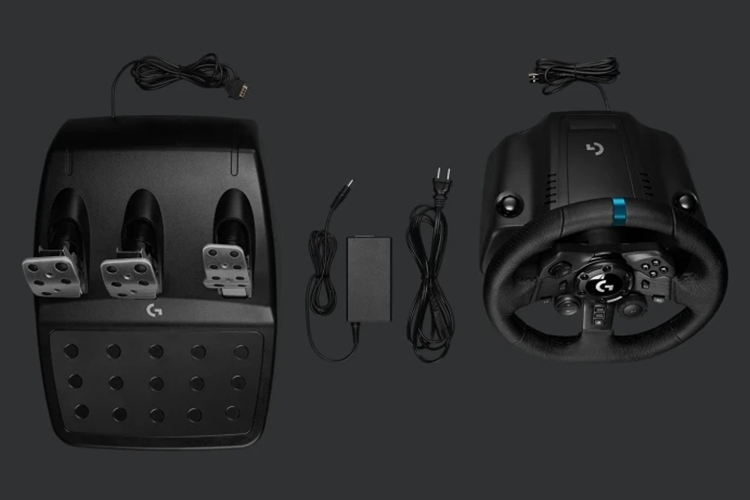 The gaming accessory comes in two versions, one for Sony consoles (PS4 and PS5) and one for Microsoft consoles (Xbox One and Xbox Series X). Both variants will work with PCs, so you can play on the console in the living room or on the gaming PC in your bedroom.